[REVIEW] : The PlayStation Game Pass does not scare the boss of Xbox at all 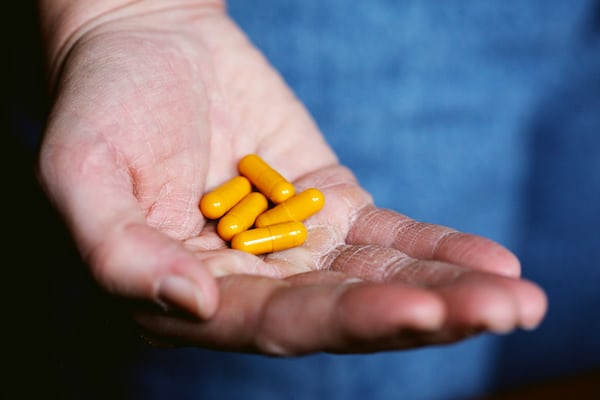 [REVIEW] : The PlayStation Game Pass does not scare the boss of Xbox at all

Phil Spencer, boss of the Xbox branch, spoke about the rumors concerning the arrival of an equivalent of Xbox Game Pass on PlayStation consoles. And he is for.

It seems that Sony is preparing to announce its answer to Xbox Game Pass, a monthly subscription that would allow access to an evolving library of games on PlayStation consoles. And imagine that Phil Spencer sees this rumor with a very good eye while Microsoft could legitimately feel copied. In an interview with IGN and reported on January 17, the person concerned said: “When I hear that others are doing things like Game Pass or want to come to PC, it makes sense to me, because that’s the right answer. »

With these words, Phil Spencer suggests that he thinks first of all about the interests of the players. The arrival of a PlayStation Game Pass would offer one more opportunity to indulge in one’s passion, no matter if it doesn’t make Microsoft money. He says: “I don’t want to give the impression of having understood everything, but I think that the right strategy is to allow its users to play the games they want to play, where they want, and give them the choice. in how to build their library. »

Why a PlayStation Game Pass would be good for Microsoft

The simple idea of ​​seeing Sony in turn launch a Game Pass would be a great validation of Microsoft’s – paying – strategy. No offense to Phil Spencer, who refuses this observation. In his eyes, the Game Pass is rather “the right way” to offer “great games, to launch them on PC, on console, on the cloud, and to make them available on D-Day with the subscription. If Sony comes to imitate this positioning, then the Redmond company would be seen as a pioneer behind an applauded initiative.

The argument of competition should not be neglected either. The various players feed on what others are doing to keep things moving in the right direction — and the whole market benefits (starting with the players). To feed its PlayStation Game Pass and make it a major weapon to compete with Microsoft’s service, Sony will necessarily have to find additional benefits for subscribers. In short, it will have to innovate.

Finally, this type of subscription is a way to attract a new audience, which can create a virtuous circle. We can even add an economic argument to it: imagine a reality where we could pay around thirty euros (the combined price of the two services) to enjoy all the Xbox and PlayStation games on a multitude of devices and without any technological barrier.

Launched in 2017, Microsoft’s subscription service has been a resounding success. So much so that other gaming giants have been inspired by this Game Pass for their project.

The model and the services offered have indeed given ideas to the creator of the PS5. Without too many surprises! Moreover, at the beginning of December, we learned that Sony was considering its own version of Game Pass.

Enough to shake its eternal competitor, Xbox! But for the moment, the creator of the PS5 has not yet officially announced anything. If the announcement is still pending, it may well be coming soon.

You should know that in recent days, Sony has been active around features that are highly requested by PS5 users. New finds and new clues indeed show that there is movement on the side of the “Spartacus” project.

And this information reached the ears of Phill Spencer! Without too many surprises. The boss of Xbox has also commented on this news. It has indeed entrusted on the subject to the microphone of IGN.

Before talking about Sony, Phill Spencer first wanted to discuss Microsoft’s experience with Game Pass. According to him, this novelty was everything gamers needed.

As a reminder, the Game Pass gives players the opportunity to play to their favorite game anywhere and anytime! It also allows them to have their own game libraries.

Sony is therefore working on a project that would allow PS5 players to have a kind of Game Pass. Besides, Phill Spencer reacted to this news. Although nothing official has yet been announced.

Xbox boss believes his idea was the answer that should be given to the players. Without presumption, he confides that the brand “does not want to give the impression that we have understood everything”.

However, he is very proud to know that other giants, like the creator of the PS5, are inspired by its Game Pass. He still keeps his feet on the ground. “The things we do may be advantages we have in the market today, but they’re just based on us being the first, not that we created something that no one else cannot create. he explains.

For Phill Spencer, the project of the creator of the PS5 is therefore not really competition. For him, it is an opportunity to develop the industry. In fact, he considers that encourages them to do more.

For the moment, the formalization of Sony is long overdue. In any case, Phill Spencer seems convinced that the creator of the PS5 will go in this direction. He will therefore propose in the version of Game Pass.

Will the cloud gaming war take place? According to Phil Spencer, boss of Xbox, the arrival of a service comparable to Game Pass at Playstation is “inevitable”. These statements follow the (increasingly insistent) rumors of the launch of a Game Pass-type service on Playstation consoles.

Called Spartacus, the project would replace PS Now and PS Plus subscriptions and would therefore take the form of a Game Pass. Thus, Playstation players could access hundreds of games for a monthly subscription. For the time being, the details remain quite thin on this Playstation Spartacus, but the service could land in the spring.

While Xbox Game Pass is one of Xbox’s big draws to entice gamers, Phil Spencer told IGN that the question isn’t whether Sony will launch a Game Pass competitor, but rather when it will arrive. He explains :

When I talk to our teams, I talk about it as a fatality. So for us, we have to keep innovating, keep being competitive, because the things that we do might be advantages that we have in the market today, but they’re just based on the fact that we started first, not that we created something that no one else can create.

Phil Spencer is convinced, cloud gaming is the future of video games. Moreover, other Tech giants have responded to video game sirens, Amazon in the lead with Luna. “I think the right answer is to deliver great games on PC, console and in the cloud and make them available from day 1 with the subscription,” he says.

This is indeed the strategy adopted by the American with his Game Pass. Many games developed by its countless studios are available on Game Pass the day they are released. This represents a significant saving for players since the most complete subscription to the service costs less than 130 euros per year. For comparison, a single game costs between 70 and 80 euros.

For the future of video games, the boss of Xbox “hopes that’s what (his) competitor will do”. A little tongue in cheek Phil? Maybe. Because at present the Xbox Game Pass remains the main point of differentiation between the consoles of Microsoft and Sony (apart from the excluded). And he alone can convince former PS4 owners to be tempted by an Xbox Series.