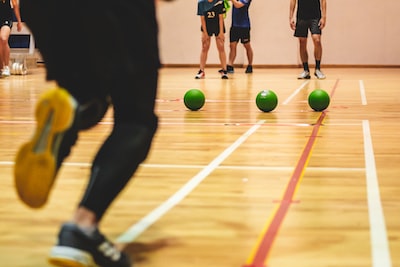 By choosing to join Xbox Game Pass, every month players can unlock different games for free, while enjoying exclusive discounts, exclusive in-game content and many other benefits.

The service adds a slew of games to subscribers’ console, PC, and even mobile libraries thanks to Microsoft Cloud Gaming (formerly known as Project xCloud).

After Forza Horizon 5, Halo Infinite, and many more over the past two months, we can expect big things in 2022. Here’s everything we know about Xbox Game Pass in January 2022.

Xbox Game Pass games for the month of January 2022

Here’s everything announced so far for January on console, PC, and Microsoft’s cloud platform.

Unfortunately, Weird West, which will launch in Game Pass, has been delayed to March 31.

If you want to get his games, you will have to follow a few steps:

How much does an Xbox Game Pass subscription cost

This service is available for 9.99 euros per month. However, an ultimate formula exists at 12.99 including Xbox Live Gold and two additional advantages:

Xbox Game Pass: the free games of January 2022 are known

To start the year, the subscription service for Xbox consoles offers a whole selection of titles that promise to be heavy. Highly prized for the diversity of its games and its proprietary exclusives, the platform has grown in popularity over time. And it would keep growing given the number of entries filling the library.

Having received the BAFTA Games Award for the first game, Gorogoa has been part of the Xbox Game Pass free games since January 4. The story has been beautifully crafted by James Roberts in the sophisticated aspects of the mystery genre.

Playable and collectable since January 4, The Pedestrian stands out from the Xbox Game Pass games of the month with its 2.5D horizontal scrolling. Players learn the organization of public panels to progress through the puzzle.

This game relates the faraday’s adventures, a man stranded and trapped in the lands of Terraphage. He tries, with other castaways, to leave this country full of strangeness and inhospitable. Use the harpoon to survive!

It’s arguably one of the biggest Xbox Game Pass games this month, picking up from the 6th. This edition includes core single-player content and over 40 game DLCs like Mass Effect volume 1, 2 and 3, all in a 4K Ultra HD remastered version.

If you are passionate about exploring the solar system and space, Outer Wilds might be for you. You will be in control space shuttles, a jetpack and different tools. You can experience this game for free today.

This is a multiplayer game that has a lot of surprises in store. Teammates come together to fight fires, complete different challenges and become firefighter heroes. This title is playable from today.

In this month of January, Xbox Game Pass offers platform games to its subscribers. With Spelunky 2, players can put their boundless creativity to the test through an original story. Pick up the game starting January 13.

The Anacrusis (Console and PC)

On January 13, The Anacrusis wraps up this month’s slate of Xbox Game Pass games with a first-person shooter. With your friends, form a team and embark on a fight against aliens.

January’s Xbox Game Pass: the next big Ubisoft title is coming as soon as it’s released

After adding thousands of dollars worth of games to the service last year and ending the year with some great additions in December, Xbox is kicking off again in 2022 with its Game Pass. Just for the first days of January, there are new gifts at the foot of the tree that are announced. And when you know that the American firm often has fun adding more along the way, even before the second batch at the end of the month…

So here comes in particular Mass Effect Legendary Edition to discover or rediscover the trilogy of the adventures of Commander Shepard over his intergalactic battles. And for those who have never taken the plunge, this time they can embark on a remastered and optimized version in 4K UHD. In addition, EA has pulled out all the stops with all the initial solo content and the more than 40 DLCs from the different episodes (Mass Effect, Mass Effect 2, Mass Effect 3), as well as weapons or even promotional packs that are included in this edition.

Xbox Game Pass: here are all the games (already) confirmed for this year 2022

Every month, Microsoft announces a dozen new titles for its Xbox Game Pass service (PC and consoles). Each time, we have the right to more or less recent games, exclusively or not on the Microsoft ecosystem. As the months pass, more and more games arrive on the day of their release. For this year 2022, more than twenty titles are already listed to arrive “Day One” on the service.

Discover now a list of 30 games that are already planned to arrive as soon as they are released on Microsoft’s Xbox Game Pass at no additional cost. Games expected on PC and / or consoles and which are not all Microsoft exclusives. Some titles are games from third-party publishers which will therefore be at full price on competing platforms.