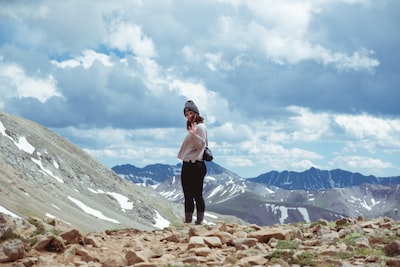 As expected, Microsoft is kicking off 2022 by unveiling a first salvo of games that will integrate Xbox Game Pass throughout January.

Would it still be Christmas? This is the case all year round for Xbox Game Pass subscribers, a service that provides access to a catalog of games at a low monthly cost. Every month, Microsoft releases new titles, accessible on Xbox consoles, PC and cloud.

January 2022 is off to a very, very good start with the arrival of Mass Effect Legendary Edition, a remastered trilogy of BioWare’s cult RPGs. We can also note additions that will appeal to fans of exploration (Outer Wilds) and puzzles. In short, extend your vacation.

Released in May 2021, Mass Effect: Legendary Edition is a remastered compilation of the first three episodes of the saga. It is optimized with 4K graphics and includes all 40 DLCs from the trilogy. Rated 16/20 in our column, it is considered “the best way to discover the cult and memorable saga to date” from Bioware.

Released on September 23, 2021, Embr is a game developed by Muse Games and published by Curve Digital. In a first person title in a cartoon art direction, the player embodies a fire soldier called and paid to save lives. It’s up to him to come to the aid of your customers. It doesn’t matter how to save them here, only the result counts…

Outer Wilds was released on May 30, 2019, developed by Mobius Digital and published by Annapurna Interactive. Stuck in a time loop, the player has 22 minutes to survey the solar system and solve its mysteries. Exploration, narration and puzzles, the player must solve a narrative puzzle using a ship but also a jetpack, a probe or an audio sensor.

Spelunky 2 was released on September 15, 2020, developed by Mossmouth and published by Blitworks. It is the sequel to the action/adventure platform game. Wrapped in a cartoon style, the game makes the player embody miners in search of treasures of all kinds. Rich and dense gameplay, the game is nevertheless demanding but is a game to try especially as it is played alone and with others!

The Anacrusis is developed by a studio made up of former developers who worked on Portal, Left 4 Dead or Counter Strike: Global Offensive. Stray Bombay decides to put the cover back with this new FPS considered as a spiritual heir to Left 4 Dead: it also takes up the system that made the success of Left 4 Dead 1 and 2, with an artificial intelligence that adapts to the way to play players since it is she who places bosses, weapons and gadgets.

In short: new year, new month, new games are coming to Xbox Game Pass! In January 2022, Xbox Game Pass subscribers can download eight new console and PC games, five of which can be played via cloud streaming. However, the addition of these games means older ones will be removed, including Desperados III, Kingdom Hearts III, and Mount & Blade: Warband.

Xbox Game Pass subscribers continue to be spoiled with new indie and AAA games every month. It might be worth checking out this month’s titles if you’re looking for a new story-based title like Outer Wilds, want to relive the original Mass Effect sci-fi trilogy with improved graphics, or are looking for a new indie game with elements.

This month’s batch of games also includes award-winning indie films like Gorogoa, The Pedestrian, and Spelunky 2, as well as The Anacrusis (Game Preview), Embr, and Olija. All of the games will be available on console and PC, but only a handful will be playable via cloud streaming.

Microsoft releases one or two games a day on the following schedule.

As for the ultimate benefits of this month’s Xbox Game Pass, subscribers can get an Apex Legends: RIG Helmet Weapon Charm and a Phantasy Star Online 2 New Genesis: January Member Monthly Bonus (5 scape dolls and 50 pieces of photons) from January 5.

To make room for the eight new games, Game Pass offers six older titles, including Desperados III, Kingdom Hearts III, Mount & Blade: Warband, Ghost of a Tale, Pandemic, and Yiik: A Postmodern RPG. If you still want to keep playing, you can take advantage of your Xbox Game Pass member discount and save 20%.

Additionally, Microsoft is also removing PUBG: Battlegrounds on January 10 as it becomes free on January 12.

The Game Pass takes off for this beginning of January 2022, with eyes in the stars. The new selection of Xbox Game Pass, PC Game Pass and Xbox Game Pass Ultimate includes around ten games, all very different from each other; but counts above all on the presence of a very big relatively recent title from the BioWare studio…

Here are the games expected for January 2022:

The Return of Commander Shepard

Undoubtedly the big game of this first monthly selection, Mass Effect Legendary Edition will largely be able to keep space opera lovers busy for the start of 2022. This remastered version of the original Mass Effect trilogy originally published on PlayStation 3 generation and Xbox 360. In addition to high-definition graphics up to 4K, a significantly increased framerate and new textures, this Legendary Edition includes all the single-player content and around forty additional DLCs.

Still in the theme of space exploration, Outer Wilds offers an entirely different experience… and much more relaxing. This pure game of contemplation takes place in a solar system to be discovered by aircraft or jetpack, with the sole thread being the players’ desire for exploration.

Finally, lovers of hardcore experience can always come back to Spelunky 2, the sequel to the cult indie game from 2012. This sequel follows the formula of its predecessor, with treasures to discover and enemies to slay in caves and other ruins. procedurally generated.

Unsurprisingly, half a dozen titles will leave the service starting in mid-January—January 15, to be precise. So you only have a few days left to take advantage of the following selection: