SamaGame > LATEST > Sekiro: All endings and how you unlock them – this is how you get the best ending 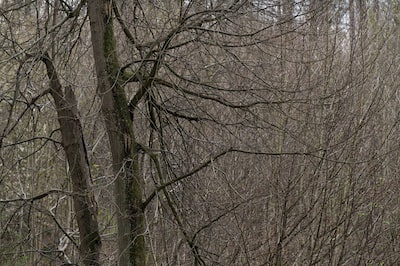 Sekiro: All endings and how you unlock them – this is how you get the best ending

Sekiro: All endings and how you unlock them – this is how you get the best ending

Sekiro: Shadows Die Twice has four different endings: Most players will end up with either an explicitly good and an explicitly (although that’s in the eye of the beholder, there are some real sociopaths out there!) On a “normal” run-through. A certain decision towards the end, after you’ve defeated the Corrupted Nun and the Lion Monkey / Guardian Monkey, sets the course for this. The decision against the bad ending opens the way to three variants of a good finale.

For the normal you will help Kuro on the way he wants to get to the end, but there are two other, better endings that require some additional steps and that require a little more effort. You may have already done one or the other of these by accident, but in general, these are things that you don’t even stumble upon as well.

That’s why we wrote this article. In the following we will tell you how to do it Shura end gets that end Abolition of immortality and how you see the two clearly more complicated ends cleaning and Return of the Dragon unlocks, whereby the latter can be described as the best of the four. There are also instructions below on how to do this all ends in as little time as possible see and how you create backups of your game saves on PS4, PC and Xbox One for this purpose.

Preparation for the end game:

Once you have defeated the Corrupted Nun and the Lion Monkey / Guardian Monkey, you will return to Ashina Castle. Make sure that Cloud saves are switched off and choose from the next Figure of the sculptor from the fast trip to Ashina Castle and you see that you can only travel to the entrance to the Abandoned Dungeon.

You notice that the castle is now besieged by very strong opponents. Use stealth attacks wherever possible or just take your legs in hand: You want to go to the upper tower, where it is, you know, and the bamboo pipes that the attackers leaned against the roofs as bridges, also show you the way. The opponents will have difficulty following you.

Since all fast travel points or sculptor figures are blocked and the one on the upper tower has been removed, you have to unlock them again if you do not want to sneak through the entire castle again when you die in the following boss fight. To do this, first go to the anteroom and suggest you save point for the Ashina Dojo.

The opponents here are not all on the same side. Lure the purple enemies to the blue samurai and let them fight each other to make it easier. There is a mini-boss in the dojo, for whom you can get help with the puppeteer technique. After entering the dojo, look to the left. There you see another opponent whom you can subjugate from behind after an assassination attempt and who immediately begins Mini-Boss: Lone Shadow Abominable Hand attacked for you.

He is fast, but also alone. In contrast to you.

Resist the urge to help him. If you get too close, you will also feel his sword. If you can, take single needle pricks from a distance to divert attention from your new friend, but I wouldn’t rely on him too much. You should come with the support until the end of the first energy bar. You do the rest yourself, because you already know most of the attacks by this enemy. Then you rest again and make a backup of your game (we will write below how to do this). Then go to the roof, where you will meet Sekiro’s father, who was believed to be dead Large shinobi eagle owl to be faced with a decision.

How to reach the bad / evil end of Sekiro (Shura)

The Shura ending “bad” ending and is here first because it is the quickest to get. Basically, you can see all the endings of Sekiro: Shadows Die Twice in one go through save scumming – i.e. backups and reloading of certain game states (more on this below).

But if you’re after the platinum trophy or 1000 gamerscore, you have to do Shura last, in the New Game +. You can read more about how to do this on the last page in the section See all ends in one go.

So you rest down in the dojo so that you have a nearby save point, save it as a backup and then go up to the roof, where you once defeated Genichiro Ashina. There you will meet the father of the wolf, the Great Shinobi Eagle Owl. before you speak to him

Loyalty or betrayal. What do you think is the good ending?