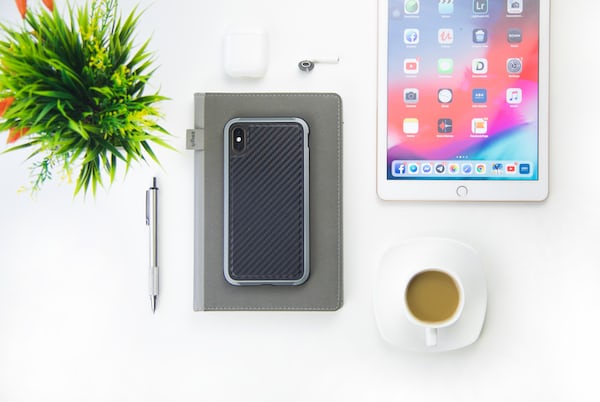 A job offer published by Playground Games leaves little room for doubt: the rest of the saga is already in everyone’s mind.

Released last November, Forza Horizon 5 has established itself as one of the best games of 2021, and overall one of the best racing games of recent years. Not content with satisfying critics, the title developed by Playground Games has also been a huge public success. In 24 hours, 4.5 million copies were sold and, last January.

Playground Games is already looking to the future

Over the years, the Forza saga has established itself as a safe bet in the world of racing games, and this latest episode has only confirmed it. Barely six months after its release, this fifth opus is on track to lead a successful career. However, it seems that the sequel is already in the mind of the creative team of the saga. In this announcement, we can read that “Playground Games is looking for a Level Designer to join our Forza Horizon team. As part of the design team for a AAA title, you will be responsible for large parts of the game’s level design, as well as mentoring and directing your junior teammates.

It also reads that the person hired “will be part of the level design team on our next AAA title, responsible for creating fun and playable experiences. During pre-production, you will work closely with environmental artists.” If Forza Horizon 6 isn’t directly mentioned, there’s almost no doubt that it is indeed the title. However, fans can be reassured that the mention of pre-production means that the development as such has not yet begun, and that we should not expect to hear any news for a long time.

The Ferraris arrive in power in Forza Horizon 5

Not surprisingly, this announcement above all confirms that Playground Games is not done with the Forza Horizon universe, which would have been surprising given the enormous success of the fifth installment. Moreover, this kind of announcement is not so surprising, insofar as most studios start working on the next game as soon as the previous one is released, or even before with a small team. While waiting to learn more, Forza Horizon 5 recently welcomed a new update with Series 7. This new update brings with it new content and in particular nine new cars, including five Ferraris (Ferrari SF90 Stradale from 2020, Ferrari 250 GT Berlinetta Lusso from 1962, Ferrari California T from 2014, Ferrari 512 TR from 1992 and Ferrari F8 Tributo from 2020). In addition to 200 new championships enriching the Horizon Tour offer, this update also brings some fixes, such as stability improvements or the addition of the Screen Reader functionality to more screens.

FORZA HORIZON 6 IS ALREADY IN DEVELOPMENT, ACCORDING TO A JOB OFFER

Released less than a year ago, more precisely in November 2021, Forza Horizon 5 has won the hearts of players, fans of the license or newcomers. Moreover, the development studio in charge of the franchise, Playground Games, would already prepare the next opus, Forza Horizon 6.

If this job offer seems to indicate that Forza Horizon 6 is indeed under development, Playground Games has not affirmed or denied these remarks, at the time of writing these lines. We will, of course, keep you posted as more information becomes available about Forza Horizon 6.

Forza Horizon 6 is already in development

A job offer confirms it: the sixth part of the series is already in development at PlayGround Games.

If the British studio PlayGround Games is already busy on the reboot of Fable, it would have already started working on the next Forza Horizon, if we are to believe a level-designer job offer posted by the studio.

PlayGround Games now takes center stage in Xbox Games Studios. The British studio has seen the performance of its Forza Horizon series soar. Within just one week, the fifth installment in the series reportedly attracted over 10 million players. A success that the title owes to its integration into the GamePass catalog but also its excellent ratings in the press.

With such performances, it was obvious that a sixth part would see the light of day. However, the wait is likely to be long because if there is a sequel, its development will probably take years. As a reminder, the series is divided into two sub-series, with the Forza Motorsport simulations on the one hand, in the hands of the Turn10 studios, and the open world arcade racing games Forza Horizon on the other, in the hands by PlayGround.

It is specified, among other things, that the recruit will be part of the team in charge of Forza Horizon and that she will have to supervise the work of her junior colleagues. She will also have the opportunity to work closely with the artists responsible for the design of the environment. In short, even if no formal announcement has been made, it looks like it. Anyway, between Forza Horizon 6, the follow-up to Forza Horizon 5, and Fable.

Last November, players were able to discover but above all roam the sunny roads of Mexico in Forza Horizon 5. The new opus of the license has seduced critics but also fans of the genre. The title even broke a historic record by winning the best first week of launch of an Xbox game and on the game pass, with 10 million pilots.

One could assume that it is a reinforcement of personnel on the 5th opus, but the announcement clearly indicates that it is about an upcoming title and not an already existing title. Forza Horizon 6 has therefore officially entered the works.

A busy schedule for Playground Games

Not content with having confirmed that they are already looking into Forza Horizon 6, the studio is also working in parallel on the reboot of a license very popular with players: Fable, and must also continue to take care of Forza Horizon 5.

If the title has undoubtedly won over the community, players now want more and are eagerly awaiting additional content. In March the game welcomed a new update with Series 7 which notably included new cars and 200 championships in the Horizon Tour mode and The Trial. The studio should therefore announce the upcoming expansions very soon and we can hope for an announcement for the title during the Xbox & Bethesda Showcase which will take place on June 12.