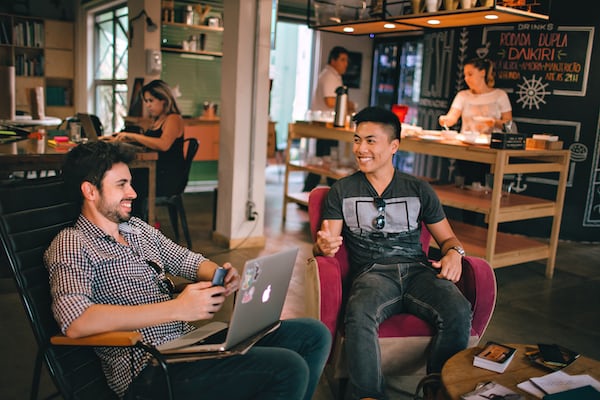 “Small details” is a series of articles dedicated to analyzing the individual elements, design philosophies and other aspects that mark specific video games.

People are talking about the trailer for The Last of Us II, but it is not a conversation that goes through the intended channels. It does not consist of a plethora of speculations of what it could be, what characters are these, when it happens, what is the premise, what exactly is happening. “OMG, the graphics.” No, public opinion has taken another course; Journalists and players comment on the violence of this uncut shot in which we see how one woman’s arms are hammered off and another’s skull smashed open, also with hammer blows. I agree that he has a tone that tends to be edgy, of wanting to show how tough he is going to be and with more intensity than necessary, but that does not mean that, by default, he sees any show of violence as something to reject. Being just a trailer, it is difficult to predict what the general tone of The Last of Us II will be, if it will have a scene like that of the giraffes to contrast so much horror or if all we are going to have will be dark nights and unpleasant hosts.

That said, what is exposed in that video is not the worst thing that has been seen if you have been playing video games for a while. On your way you will have slaughtered, dismembered, torn to pieces, melted, tortured and poisoned thousands of human characters, animals and what is beyond; Let’s not forget that the Gears of War icon weapon is an assault rifle with a chainsaw attached to it. Violence, like everything in life, depends on how it is represented and can be comical, tragic, or simply grotesque. The Last of Us II may turn out to be more content than it appears or will treat violence with respect, but the trailer, as a standalone product, seems to use it as a banner to herald its utter, grim defeatism. Hence the criticism.

In the second season of Telltale’s play, Clementine, the girl we had to take care of in the role of Lee and who now seeks life, suffers a nasty cut on her arm and, due to circumstances and misfortune, ends locked in a shed waiting for the morning to come. Of course, he is bleeding out. Waiting is not an option, so Clementine leaves the compound to steal thread, a needle, bandages, and hydrogen peroxide to survive the night. We see and experience the scene that follows in real time as the quicktime events guide us to clean the wound and, amid screams of absolute and indescribable pain, sew it up. It is something much more graphic than what has been seen in the aforementioned trailer, but it is also something much more acceptable because you do not want to be tough when showing it.

Let’s rewind; If you’ve played video games, you’ve seen everything and are probably desensitized to most displays of virtual violence. As a drug to which you build tolerance, you need a higher dose so that you can feel something, because the custom is to take a rifle and hit other people’s skulls. What The Walking Dead seeks is to strip violence of its drama and move away from gore for gore to show it as something unpleasant, yes, but it does not want you to vomit. Even if you never cut yourself when it comes to spilling blood or guts, this is not a game that I would describe as “grotesque” because it understands that there is more to a wound than losing health points or looking at naked flesh. Wounds hurt, a dog biting you with all its might hurts, and stitching up a wound without having a clue of what you are doing is not only inadvisable but, I imagine, a festival of suffering.

The Walking Dead chooses to face the results of physical violence and look into the eyes of anything that can turn our stomachs. In the first season, Lee hacks out the remains of what was once his brother, but he doesn’t behead him with a clean cut, but rather the ax breaks his shoulder and leaves him stirring. Each new blow misses its target until, in the end, by sheer insistence, ends up dying. The camera, behind Lee’s back, allows us to see such an act without missing a single detail and, a season later, when Clementine sticks the needle to start sewing, we see perfectly how the muscle moves. This is an effort to get something as distant as a bite, which we understand hurts but, hopefully, we have neither suffered nor, I hope, we will suffer, take on the importance it deserves to become a source of agonies.

Every time The Walking Dead gets violent, it forces us to be there. If Lee decides to saw his arm, we accompany him on the journey, because we have been watching violent acts for a long time without understanding their seriousness. We are desensitized; Being slit with a chainsaw is even common if you move in certain circles. With scenes like this, Telltale says “enough”, because causing and receiving injuries is not a protocol, it is not something that can be abstracted into points of health that go down or up. Immersion can’t directly communicate pain, so it’s easy to forget it exists, but The Walking Dead doesn’t forget pain. Through explicit violence, it raises a silent question about our relationship to these acts. From Telltale they have decided that they do not want to be part of the problem; If you are going to use an ax, you will see that it is not so easy, and that when it connects with a body it does more than gush blood. The medicine cabinet has been a signifier of quick health in the middle for decades. Perhaps that is why it is appropriate that The Walking Dead contains a scene that shows, in all its horror, what it means to use it.