Smartwatches: Apple is still the leader, but the competition is fierce 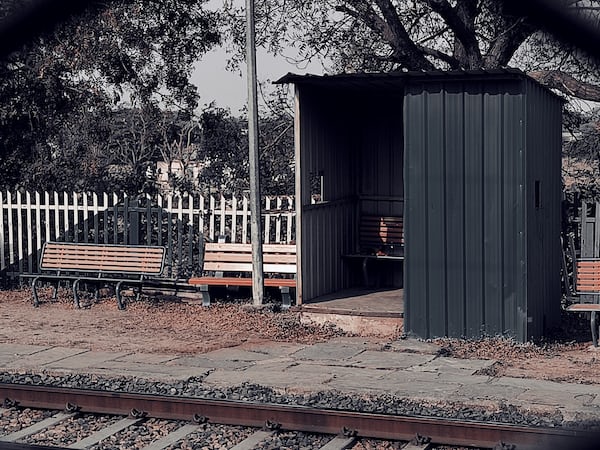 Smartwatches: Apple is still the leader, but the competition is fierce

While other products are struggling, the smartwatch market is showing double-digit growth. In the first quarter of 2022, worldwide smartwatch shipments increased by 13% compared to the same period in 2021.

“Although the global smartwatch market saw weak growth in 2020 due to the impact of Covid-19, it has continued to perform well since its rebound last year,” comments Sujeong Lim, Associate Director.

And thanks to the Apple Watch, Apple is still the undisputed leader in this product category. In 2021, more than one in three smartwatches shipped was an Apple Watch. The Cupertino company’s market share in the first quarter of 2022 was 36%, up from the same period last year.

Sujeong Lim attributes the Apple Watch’s success to iPhone users’ loyalty to the Apple brand. “This popularity seems to be higher among the younger generation, making Apple an irreplaceable market leader. Of course, everything was possible thanks to the high performance of the product and the excellent connection between the supported iOS devices,” she adds.

Garmin is in fifth place. However, as the brand focuses on high-end watches, it is number 3 in terms of revenue. And that’s not all, since in the premium segment, Garmin even threatens Apple.

“Garmin ranked fifth in shipments, but ranked third in revenue thanks to its higher ASP. It occupies most of the high-end segment over $500”.

In essence, with the exception of Europe, the global smartwatch market did well in the first quarter. Nevertheless, the impact of the war in Ukraine could be felt more.

“We initially expected the war between Russia and Ukraine to have minimal impact on the market in the first quarter, but the protracted conflict and resulting logistical constraints have started to affect the European region. The impact of the war will become more severe in the second quarter,” warns Sujeong Lim.

The first quarter of 2022 was particularly tough for some consumer electronics markets. Laptops like smartphones are experiencing a drop in demand in a still uncertain economic environment marked by growing inflation. On the manufacturers side, the shortage of chips is still relevant and some factories based in China have on several occasions been forced to limit or even stop their activity due to the pandemic. Moreover, Apple and Samsung have lowered their smartphone production targets for 2022.

Apple is the undisputed leader in the smartwatch market.

Since the very first model in 2014, the Apple Watch has quickly established itself on the connected watch market. The sales figures have always been very impressive, to the delight of the Cupertino giant.

In the first quarter of 2022, Apple had 36.1% market share in the field of smartwatches. Last year, at the same time, Apple held 35.9% market share. Excellent figures that allow the Californian firm to be the best manufacturer in the world, far ahead of Samsung, Fitbit and others.

A MARKET STILL DOMINATED BY APPLE, BUT WHICH CONTINUES TO EVOLVE

According to the analyst firm’s associate director, Sujeong Lim, the “loyalty of iPhone users” is the main reason behind the success of the Apple Watch, which increased its first-half shipments by another 14% compared to compared to last year. The apple watch already accounted for 35.9% of shipments last year. It totals 36.1%.

Behind Apple, Samsung is strengthening its second place and continuing to grow with 10.1% market share. The Seoul firm is therefore still very far behind Apple, but has recorded an increase of 46% over this period of the year, which can undoubtedly be attributed to the success of its Galaxy Watch 4.

Xiaomi is also making a good breakthrough by integrating the top 4, thereby doubling all the major players in the sector, Garmin, Amazfit, Fitbit or even imoo. The Chinese brand shows a 69% increase compared to 2021 with 5% of shipments.

HUAWEI REMAINS THIRD, BUT NO LONGER SUCCESSES OUTSIDE CHINA

Huawei’s strategy, which now throws all its strength into wearables, does not seem to pay off yet. While the sector is growing in the quarter, Huawei is posting stable shipments.

The Fitbit brand is declining massively, dropping from 4.1% to 2.7% of shipments. The fault with the absence of exits of new products undoubtedly, in particular since its acquisition by Google.

As for Garmin, the brand confirms its status as a high-end specialist by positioning itself as the leader in the segment of devices over 500 dollars. Thanks to this, the brand manages to rise to third place in the ranking of revenue generated, despite a fifth place in the number of watches shipped.

Despite inflation, the Apple Watch does not know the crisis!

36.1% market share : here is the score obtained by the Apple Watch brand in the smartwatch market in the first quarter of 2022. A figure to be compared with the 35.9% of last year in the same period, when it was still the Series 6 which acted as a standard bearer for Cupertino.

This model has since left the shelves of Apple Stores, and is only available from third-party retailers. Instead, the manufacturer now offers the Series 7, an improved version with notably faster charging than before, but also an enlarged screen and narrower edges for more visual comfort.

Samsung on the rise

Unsurprisingly, we find the Samsung company. The Korean thus achieves 10.1% market share according to the study, against “only” 7.8% between January and March 2021. A good growth that we owe in particular to the success of its flagship accessory; the GalaxyWatch.

The Samsung Galaxy Watch is available from 319 euros, with a 30.4 mm circular dial and up to forty hours of battery life on paper. The device, published in several colors, is also equipped with 16 GB of internal storage for 1.5 GB of RAM and runs on Wear OS, the open operating system from Google (Alphabet).

Connected watches: Apple confirms its dominance in the first quarter of 2022

After crossing the symbolic milestone of 100 million Apple Watch users in 2021, all versions combined, the American giant has been driven in recent months by the launch of the Apple Watch Series 7. Presented in September 2021 before be marketed a month later, this new version is not revolutionary. Following in the wake of a very good Series 6, Apple was content to add a larger screen as well as total resistance to dust to perfect its connected watch.

Apple holds a third of the market, far ahead of Samsung

This recipe that works has enabled the company run by Tim Cook to maintain its global dominance. “Apple accounted for more than a third of total shipments last year, and the company is further growing its influence with a 36% market share in the first quarter of this year. The strong brand loyalty of iPhone users is one of the success factors of the Apple Watch. This popularity seems to be higher among the younger generation, making Apple an unbeatable market leader. Of course, everything was possible thanks to the high performance of the product and the excellent connection between supported iOS devices. We believe that Apple’s market share should increase further by the end of this year”.