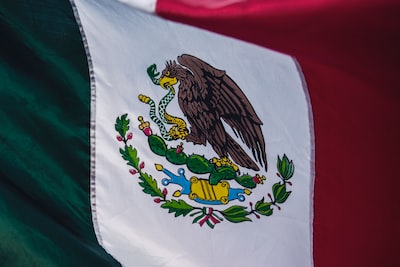 The apprenticeship is not easy for anyone, in any area, and even the world of video games is certainly not far behind since this phase is also applicable to entire software houses. It is necessary to submit to what the market offers, to also cover roles that are not particularly ambitious, which probably disappoint but which in any case allow to be known and possibly appreciated. The secret is knowing how to wait for the right moment, waiting for the game that can really make the leap in quality, the classic million dollar idea.

Sumo Digital is a studio born in 2003 that over the years has basically followed the path we have just talked about: collaborating on particular projects or porting waiting for the right moment to take the next step, a moment that if it also coincides with the arrival of an original but not utopian idea, it has all the credentials to transform itself into the impulse for something even more ambitious.

Almost out of nowhere a concept comes out, a spark that is triggered in the mind of a single developer and that, despite the many projects (various collaborations with Microsoft but also the development of a leading game like Dead Island 2), begins to convince more and more people and to take shape, grow, become reality. All to answer a seemingly innocuous question: why not develop a puzzle-platformer where you don’t jump?

Taken individually, this question gives the impression of being slightly odd but flanked by the main protagonist of Snake Pass it all makes more sense. The cute and carefree Noodle is enjoying himself napping blissfully sprawled in the sun when the little Doodle bursts onto the scene visibly worried. Something is wrong with Haven Tor, a mysterious intruder has upset the tranquility of the entire kingdom and it’s up to the unlikely duo of heroes to save the day. Like? Crawling of course.

Yes, because in the event that it was not understood Noodle is a snake, a protagonist that is anything but trivial, especially for a title that officially presents itself as a platform but which on balance asks the player to forget everything he knows about the genre. and to focus only on a single rule: think like a snake. It is not a simple marketing gimmick or a slogan but it is a mantra that we had to make our own very quickly in order not to run into too many deaths and risk touching the much feared frustration, which fortunately only vaguely appeared in the last levels.

The adventure of the strange Noodle / Doodle couple is made up of four worlds divided into 15 levels that introduce ever new elements and able to greatly vary the challenges we will have to overcome. Our main objective in each level is to collect the three fundamental stones to activate a portal and continue to the next area. The completists will in any case have bread for their teeth since there is certainly no shortage of more or less hidden and difficult to reach collectibles. It will take at least 12 hours to bring home the 100% real one (to complete the campaign and find a good number of collectibles we have touched 10 hours).

Controller in hand you immediately understand the peculiarities of Snake Pass. The right analog is, as per tradition, associated with the movement of the camera, not always perfect in the tightest spaces, but the most classic elements of 3D platform controls stop there. To move it is necessary to use the right trigger while the left analog controls the Noodle’s head and therefore the direction of the movements.

To these basic techniques are added three further fundamental interactions to be able to bring home the skin: with the left trigger the protagonist’s grip is tightened to remain more firmly clinging to certain holds, with the triangle the little Doodle hummingbird grabs our tail to decrease the weight of the back of our body while with X we raise the Noodle’s head so that it can “adhere” to vertical surfaces.

The system studied by the British software house is extremely functional but requires some time to be fully assimilated and especially in the initial stages we ran into rather awkward deaths precisely because we had not yet fully familiarized with all the capabilities of our dear reptile. Fortunately, the checkpoint system is rather permissive and after each death the respawn will not take us too far from the obstacle that had blocked us just before.

Although the platform label was proposed by Sumo Digital itself, the game we found ourselves in our hands is in effect a puzzle game focused on physics and on the characteristics of our alter ego. Among gadgets, slides, moving walkways, seemingly insurmountable chasms and various potentially deadly obstacles, there was no lack of moments of pure planning, waiting for the most propitious moment or even for reflection.

Snake Pass is a slow, mental and highly skill-based game in many ways. It is an experience of adaptation, understanding and identification since only by fully understanding the body of a snake and its abilities will it be possible to begin to roll up around holds swinging on the edge of the precipice with the safety of the most experienced of reptiles. It is a bit like learning to ride a bicycle: learning to manage your body, balance and coordination is not absolutely immediate but requires experience and inevitably mistakes and missteps.

We must not be fooled by the innocent aspect and the mere appearance: this title knows how to be ruthless, especially if you insist on not learning all the limits and possibilities of the protagonist. Proposing such a unique gameplay is, on the other hand, a double-edged sword since originality inevitably causes a certain sense of strangeness.

On a technical level, behind the cartoonish style adopted by the developers hides the remarkable brute force of the Unreal Engine 4. Overall, the graphics sector does its job very well by outlining the two protagonists with an adorable style (especially as regards Noodle and his expressions ) also offering some aesthetically excellent effects (water management for example). Honorable mention for the music that can count on the involvement of David Wise (veteran composer who worked from 1985 to 2009 in Rare) who created excellent and pleasantly catchy melodies.

Snake Pass is a work that, exactly like Yooka-Laylee, has the flavor of the platformers of the past but at the same time has the courage to mess the cards on the table thanks to the strength of an idea that really makes the difference. Sometimes ruthless but still incredibly exciting, the work of Sumo Digital demonstrates how a seemingly strange idea can lead to a bet won across the board, to a platform so atypical as to be positively unique.