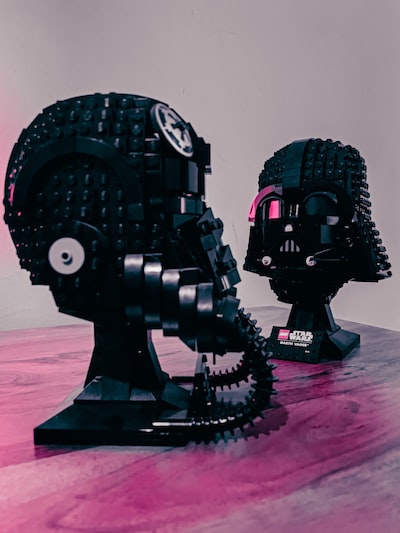 The head goes with you: tough and motivating, but also comfortable driving simulation through the most beautiful mud and snow in the industry.

It was obviously meant as a joke, the “United we Drive” trailer (see below) for SnowRunner. To pathetic music and in melancholy settings, he showed train companions weighing tons, who worked their way up to the limit in the wild terrain, and thus deliberately drew parallels with Death Stranding in terms of content and style.

Nevertheless, there is more truth in the movie, which is well worth seeing, than you might think, because SnowRunner is actually a delivery game in which you make your own way through an inaccessible wilderness. Sounds familiar, doesn’t it? And what can I say: Although Kojima’s end-of-life adventure was noticeably more ambitious and you can think about it longer and talk about it, I actually have more fun with the detailed driving simulation.

Free of any narrative ballast, Saber Interactives sends you driving simulation with vehicles with different tasks, performance and traction through three large open world maps, from which you gradually wipe the fog of war by exploring and discovering new tasks and opportunities. First and foremost, they find and procure material for repairing or building bridges, delivering building materials to keep a mine running, and salvaging damaged trailers and vehicles. Getting from A to B without getting stuck is the backbone of this game.

What is particularly impressive is how much attention was paid to the accurate simulation of the ground and the physical interaction of the vehicles with it. I’m not exactly sure, but it is quite possible that this is the driving game (in the broadest sense) in which you are traveling at the lowest average speed of all time, because at full throttle you dig yourself in faster than you can think of . Shift down, engage the differential lock and see exactly how the tires behave – that’s the motto.

You keep asking yourself: ‘Was that a mistake?’ …

There were missions in which I literally crawled through a waist-deep mixture of mud and water at half walking pace with activated all-wheel drive and it felt like it took almost as many minutes for ten meters. Sure, in some situations the game signaled to me that I shouldn’t have been here yet, or that I came across with the wrong vehicle or one that was not appropriately equipped. Often enough, however, such obstacles are a desired part of a mission, for example when you need to rescue a pick-up truck that has literally “flooded” in a flooded field. The ability to observe is required here, because it is almost always worthwhile to take a good look at the place where you are, perhaps to walk around it a bit and then decide whether the most obvious route is really the best?

Perhaps there are more anchor points along another route where your winds can bring you closer to your destination, which in SnowRunner winds around a rock or a tree (stump) every few meters at the push of a button and so with beautiful regularity Every delivery driver is saved. If you were to unroll all the steel cable that pulled me up a slope or out of a pit – it would be many, many kilometers, that’s how important the winch in SnowRunner is. Playing with it is just as important as the sensitive use of gas and brakes.

Over time you get to know your vehicles very well and know what to expect from them.

Saber definitely managed to have a strange experience, but it is also one in which you work hard for your successes and are all the more happy about them. But in itself it is nice to look around at these large and inviting maps despite their roughness, always to get into the souped-up pick-up to explore a new map and to reach all the observation towers, that’s a game for and motivates yourself insanely, because not only new main and side missions are unlocked, but also fresh vehicles and, above all, upgrades for your fleet, which – thanks to the fine physics – always have a clear impact on what your vehicles can do in the Are able to.

That’s why people like to be out and about in their designated “Scout” vehicle to see everything and make their own plan of what to do next. If I’m mainly drawn to the main jobs in other open world titles, in SnowRunner the removal of a power pole that has fallen across an important road is an offer that I find difficult to refuse, and if I see a vehicle stuck somewhere, I analyze it for minutes Situation, whether and how I could get it out of its mess. I’ll make a note of my rescue plan for the next time that I’ll come by here in another vehicle, or I’ll do it right away. Let’s not kid ourselves, money for upgrades and better machines is scarce and every recovered vehicle can be sold for good money – if you don’t want to use it yourself.

Planning a route – and discovering a new one – is most of the fun in SnowRunner.

I didn’t play the predecessor Mudrunner and now I regret it, because Saber Interactive has set a beautiful monument to the contact of the tire with every imaginable surface, which one marvels again and again, whether one wallows in the mud in Michigan, in Alaska’s snowdrifts Comes to a standstill, or pulls up rows of birches with the wind on the Russian Taimyr peninsula, because there is no other way to help. Like Death Stranding, every path here is an arduous undertaking. Be it when you bring in steel girders for a bridge repair or just want to reach the highest point of an area. While playing, I haven’t had tunnel vision like here for a long time, and I’ve rarely hidden my cell phone and especially the time so completely.

Purist fans of the series meanwhile complain that the hardcore mode is missing and you don’t necessarily have to manually balance the load on the tractor, but the computer takes over this if desired. It doesn’t bother me, or I don’t miss these things due to lack of knowledge of the predecessor. With the exception of the initially confusing user interface, I hardly have anything substantial to complain about about SnowRunner, even though it performs much weaker than I would have expected on the PC. Basically, it just annoys me that in co-op you only advance the card progress of the host of a game, although you can of course keep the money and experience points you have earned. And the people who make fun of the irritating, nervous steering wheel animation with countless memes have a point:

Sure, the game might be too hard for some. Even if you can be transferred back to the last garage without penalty. There the car will be repaired and refueled free of charge, you just have to go back to the place of the last accident if it was near the objective of the mission you want to try. Otherwise you can beam yourself from one parked vehicle on the map to the next without loading time. So it’s not a hard-hearted game, no matter how exhausting it is.

The rugged, very monosyllabic and singularly designed for effective back and forth SnowRunner is simply not for everyone, may even be perceived by some as monotonous. For me, every ride, every route was a gripping challenge and it was a great pleasure to notice how I had cope with ever more difficult trips, after I had to avoid every puddle. It is probably a somewhat different kind of power trip. One with engine oil and splashes of mud on your face, who celebrates when you patiently and decisively grow beyond yourself.