[SOLVED] : 25 tips and hidden functions for WhatsApp on iPhone and Android Part one 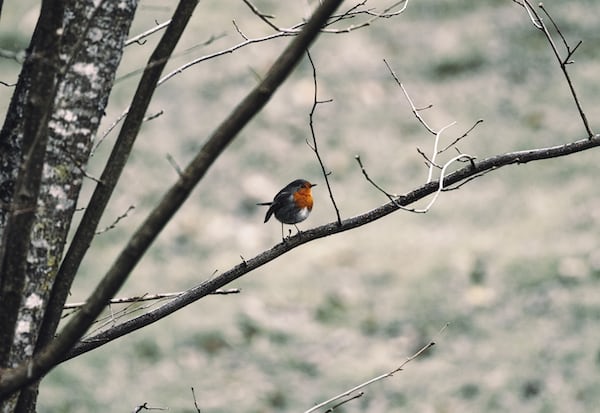 [SOLVED] : 25 tips and hidden functions for WhatsApp on iPhone and Android Part one

The WhatsApp instant messaging app is full of resources. Check out these twenty-five tips and hidden functions to master it.

Text messages are less and less popular and are increasingly replaced by third-party instant messaging applications led by WhatsApp, owned by Facebook. And it’s no coincidence that more and more users are almost exclusively using WhatsApp to send messages.

The application works on both iOS and Android, and completely crosses borders. Thanks to its operation based exclusively on an Internet connection, its users can, in addition to sending written messages, make audio and video calls, and exchange content almost instantly, without running the risk of incurring additional costs. the mobile operator.

But in addition to the basic functions known to all, WhatsApp contains a number of hidden functions that when mastered will make you want to do without all the other messaging applications.

When creating an account on WhatsApp, the application, in addition to asking for your phone number and name, also invites you to add a photo to your user profile. The only problem is that when this data is saved, WhatsApp does not warn about the use of this data.

By default, the application makes them visible to all users, whether or not they are in your address book. This makes it very easy for a stranger with your phone number to put a name and a face on your number.

To avoid this, it is better to lock your profile as soon as possible by restricting access to this data to your contacts only. To do this, go to the Settings, then in Account, enter the settings of Confidentiality. In the As seen at, Profile picture, News and Status menus, change the Everyone setting to My contacts.

From now on, only contacts in your address book will be able to see your profile picture, know the time of your last connection and view your status.

2. Prevent others from knowing that you have read their post

Another disadvantage of WhatsApp, the application includes by default a system allowing users to know when a sent message is received, but also read by their interlocutor. While this can be handy, it’s also extremely intrusive, especially if you’re one of those people who don’t like to respond to messages immediately.

However, this acknowledgment and reading system can be deactivated. See you in the Settings application, then in Account, access the menu Confidentiality. Then deactivate the function Read receipts so that your contacts can no longer know when you have read their message.

If you turn off this feature, there are two things to consider. The first is that you, in turn, will no longer be able to know when your interlocutors have read your messages.

The second is that it is highly desirable to pass the parameter Seen to to Nobody (see previous step). Why ? Quite simply because in addition to not having the read receipt, your interlocutors will not be able to know that you are online and that you are pretending not to have seen their message.

If you are going abroad and your Internet data envelope is limited, it is better to make a few adjustments before leaving to avoid wasting dozens of megabytes of data unnecessarily to download the uninteresting videos of your loved ones.

Open them Settings and enter Use of data and storage. In the section Automatic media download, be sure that Photos, Audio, Videos and Documents are all configured to automatically download items only Wi-Fi.

By default, the photos are in principle automatically downloaded over Wi-Fi but also over cell phones.

Whether you use WhatsApp on iPhone or Android, the app has the annoying habit of showing all the media content you receive in your conversations, in your device’s camera roll.

To put an end to this mania on iOS, enter the Settings, then in Discussions, uncheck the option Save to Camera Roll.

On Android, open the Settings, go to Discussions and uncheck the option Media visibility so they no longer appear in your phone’s gallery.

If you frequently send an identical message to several different people, WhatsApp offers to create mailing lists. Thanks to them, you can send the same message to several recipients at once, without creating a group conversation.

Instead, your message is sent individually to all recipients in the list, as if it were a private conversation. The replies of the recipients present in the list are therefore visible only to you.

On Android, expand the options menu and tap New broadcast, select the contacts from your list and validate it by pressing the green check mark.

6. Identify received messages based on conversations

Why rush to your smartphone to check if the last message received on WhatsApp comes from a loved one? For your most important conversations, the application offers to configure a personalized alert. Thanks to it, you will be able to identify by ear if a received message deserves that you look at your smartphone.

On iOS, you will only be able to customize the tone, personalization of vibrations is only possible with SMS received on Messages, from the native settings of iOS.

7. Edit an image before sharing it

WhatsApp includes an editor to add annotations, apply a crop, or even add text to the photos you share.

Press the button to insert an attachment into a conversation and press the different icons at the top right of the image to crop it, add a sticker, embed text, or draw free hand in color of your choice.

8. Add important messages to your favorites

It is very likely that some messages received on WhatsApp contain important information that you should not forget under any circumstances. To avoid losing the most important, it is possible to add them to a list of favorites.

To do this, make a long press on a message, and in the menu that appears, press Important (iOS) or on the little star (Android). A star is automatically appended to the message to identify it as an important message.

To find it quickly later, access the Settings, and enter the section Important messages. You will find there all the messages declared as such.

If we already know that it is possible to share your position in real time on Google Maps, taking advantage of this feature directly in WhatsApp can reassure more than one, for example after returning from a late evening.

To allow a loved one to follow your movement in real time, enter the conversation and press the + button (iOS) or the button with a paperclip (Android). Then choose Location, allow WhatsApp to use your location, and finally choose to Share location live. Define a duration, add a comment if necessary and validate by pressing the appropriate button.

The person you are talking to should immediately receive a map showing your position and your movements in real time.

You can stop sharing your location at any time from the chat by tapping Stop sharing.

10. Reply to your messages from your computer

If you mainly use WhatsApp, you have probably already had to juggle your PC and your smartphone in order to be able to reply to received messages. However, it is quite possible to reply to your WhatsApp messages from your PC.

The messaging application has a web application which, once synchronized with your smartphone, allows you to send and receive messages on WhatsApp directly from your PC.

11. Pin important conversations to the top of the list

To easily find your favorite conversation among the dozens of conversations open in WhatsApp, you can pin it to the top of the list.

On iOS, swipe right on a conversation and tap Epingler.

On Android, tap and hold a conversation and tap the pushpin button at the top of the screen.