SamaGame > ANDROID > [SOLVED] : How to have multiple WhatsApp or Telegram apps on Android 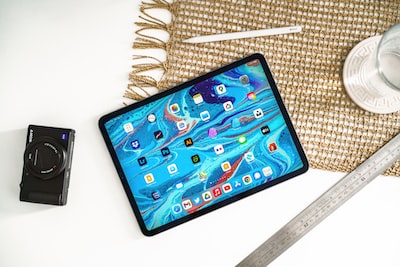 [SOLVED] : How to have multiple WhatsApp or Telegram apps on Android

[SOLVED] : How to have multiple WhatsApp or Telegram apps on Android

If you are using an iPhone or Android, you probably already know that it is impossible to have 2 WhatsApp or Telegram applications associated with 2 different numbers – I hear using the official apps.

Indeed, 1 application can only be used for 1 given number. Therefore, even if your smartphone turns out to be multi-sim, you will have to make a choice and associate your Telegram or WhatsApp application with one of your two numbers. ?

In the case of iPhone and iOS, unfortunately there is no workaround. On the other hand, on Android, know that there is a way to have 2 applications WhatsApp ou Telegram (and generally any application associated with 2 accounts or 2 different numbers).

Simply clone your app with Parallel Space. This is an application available on the Google Play store. Personally, I use Parallel Space but you can test the following apps:

The concept is simple. This app will clone your Twitter, WhatsApp, Telegram, Facebook app or other so that you can have a second instance of this same application. You can then associate it with another account.

Once the app is installed – in my case Parallel Space, start the app and choose the app you want to clone. It works for all your applications.

In my case you see that I have already cloned WhatsApp and Telegram but you could also clone Twitter, Facebook or any other app. Just click on Add an app then select the application to clone.

The process only takes a few seconds and once it’s done you will find a new copy of your application in Parallel Space.

It’s really very simple and it works really well. The only downside is that the app has some ads, but for now I’m so happy with it that I’m thinking of buying the app in the long term …

How to have all your user accounts on a single application

More and more Android applications like Instagram or Facebook Messenger have recently integrated multi-account support. Alas, this is not yet the case for all. Fortunately, it is possible, via an application developed by Parallel Space, to simultaneously log in to several of your accounts. Explanations.

The Parallel Space-Multi Accounts app works as a parallel environment on your Android device. It does not require rooting your smartphone and is completely free. It requires an Android 4.0+ system to be installed and weighs only 2MB.

There can be several reasons that can push you towards the multi-account use of an application among which:

FIRST LAUNCH OF THE APPLICATION

Once downloaded, open it and scroll from right to left to skip the intro.

You are then informed that it is undoubtedly necessary that the Messenger application is also added in the parallel space in order to ensure the proper functioning of Facebook. Press on ” Add “ to continue then on the Facebook logo once the configuration is complete.

Follow the steps and fill in the username and password of your secondary account. An option allowing you to connect with a simple gesture is offered to you. You are free to skip this step or not.

When your new Facebook account is configured, it is possible to create a shortcut on your home screen.

Touch and hold the Facebook logo, then drag it to “Create shortcut” at the bottom left of the screen.

You can then add an additional account in the parallel space for another application like Twitter, Tumblr, or the very popular WhatsApp which can also be used and installed on a tablet.

The menu « Configuration » Also provides you with an option that allows you to automatically add a shortcut to your home screen when adding an account. Just activate the button “Automatic creation of”.

As you can see the shortcuts of the applications configured in parallel space are present on my desktop, and you can easily identify them from the standard logos since they are followed by a « + » after the name of the application.

L’option “Slide to Parallel Space” once it is activated, you can quickly access the application interface from your Android launcher wherever you are by sliding your finger either:

“Create shortcut” adds a shortcut as a folder on your home screen containing all your apps that you added in your parallel space. Section “Comment” (present on the main page of the app) is reserved for reporting any malfunctions of the application to the developer of the latter.

All the methods of adding, deleting or configuring described above are almost identical for all the applications that you want to add in Parallel Space-Multi Accounts.

Here is one application among many others as we would like to see more often on the Google Play Store. A pleasant and intuitive use in addition to being visually successful, it will certainly delight more than one of you both the developers of flagship applications like SnapChat or WhatsApp which already had 700 million active users there are. a year is already long overdue and desired in terms of potential official multi-account support