[SOLVED] : MIUI 12: here are the 12 most interesting features 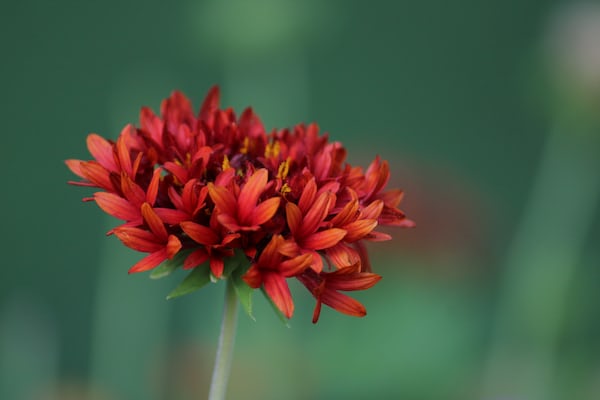 [SOLVED] : MIUI 12: here are the 12 most interesting features

A few days ago the new MIUI 12 system interface was finally presented, which is completely renewed in the graphical aspect, adding some very interesting features. Going beyond the controversial aspect resulting from some i.e. the natural inspiration of Apple‘s iOS system, MIUI 12 is already available as a closed beta for many devices, While we wait for the release of the public beta, scheduled for May 7th, let’s try to take a closer look at the 12 coolest features that this new release will bring to our devices.

MIUI 12: here are the 12 most interesting features

As mentioned, the main novelties are directly visible in the renewed graphics of MIUI 12, where we can admire new redesigned icons for Limitless and Classic themes. We also find a new battery icon and new animations: the window expands directly from the app and reverts to the icon when you open or quit an app. It is also worth noting a drastic change in the type of font used by the system, giving a more modern and bold appearance, making the interface more readable even though the display is more content and less resolute.

Here the similarities with the iOS system are decidedly marked, but on the other hand, if copying something that is aesthetically and functionally valid, why judge it wrong? Xiaomi therefore also completely renews the control panel, which is also modified thanks to a series of improved animations. Be aware that if you don’t like this new graphic, you can always go back to the old style of MIUI 11, through the settings.

You can access the notification area by swiping your finger on the upper left screen. Notifications from the same app are listed together and can be expanded individually by dragging the bubble down or by long pressing the notification group.

When it comes to on-screen navigation gestures, in MIUI 12 we are approaching the standard offered by Android 10, confirming the rumors that Xiaomi will tend more and more to an interface in some respects googlecentric. In fact, the functionality of gestures is a request that is partly mandatory by Google, which has started asking for the inclusion of these gestures as part of the standardization process for any Android device.

To be fair, this feature isn’t new to owners of branded devices and the MIUI interface. In fact, we already find the option to decide whether to apply the App Drawer choice or not. But if until now, only the Global versions have benefited from this functionality, with MIUI 12 this will be integrated natively on all versions.

One feature, or rather a graphic aspect, which has been very appreciated in the new interface of the Xiaomi system, is the addition of Super Wallpapers. In addition to the high definition to which they are offered, it is possible to admire the effects that go from unlocking the phone to the home of the phone. At the moment there are only two “theme” wallpapers available but it is certainly a starting point for the many content creators who will enrich this new “world” over time.

The new animations are not just about the main screen or the control panel, but turn out to be a hallmark of the all new MIUI 12, also extending into the settings and sections they contain. For example, we find new animations on the state of use of the battery, as well as on the part of the memory used, making the use of these contents more pleasant and immediate.

This function was already available in MIUI 11 but limited to very few system applications, such as the calculator. Now, however, the support is spreading to a large number of applications, effectively extending a new concept of multitasking. To activate the function, go to the Recents menu and touch the Floating windows option at the top left. Alternatively, you can also launch floating windows by long pressing an app preview in the Recent menu or by tapping the floating window option in the Control Center.

MIUI 12’s new dark mode will allow us to adapt the interface to virtually any third-party application, even if it is not specifically designed in dark mode or on Google’s dark theme. The new dark mode can invert colors or force dark backgrounds that should normally be light. With this, we will avoid this significant change when switching from an app with dark mode to one that doesn’t. In addition, MIUI 12’s new Dark Mode 2.0 will allow you to adapt the apps themselves that already bring a dark mode, improving their colors and making all apps look similar.

The file sharing system is also renewed, expanding this system to a multiplatform system. This, in addition to allowing us to quickly and easily send files to other Xiaomi, allows the exchange between devices of other brands such as Oppo, Realme or Vivo. Also, this new feature will allow us to easily share files with Xiaomi laptops or even with RedmiBooks from Redmi. However, functionality may be limited to China as the brand’s laptops are not officially available in all countries around the world.

New features are also present in the file manager and in the Gallery app. The feature is called Memories, through which we can create collages or short videos using existing images / videos: you can choose the orientation, add text and edit each image individually, add music, effects And much more. Likewise, the file manager will allow us to organize all our files and folders in a more organized way, in the Explorer style of Windows systems.

Another of the app-level improvements that we can take advantage of in MIUI 12 is the renewed Health app. Now we will have new functions to improve our physical condition and mental well-being. Likewise, Xiaomi has added a new sleep monitor, which can also record our snoring while we sleep to analyze the different stages of sleep and achieve the REM status with greater accuracy.

What is certainly important for users is respect and control of their privacy. Xiaomi is therefore adding a new security system that will be able to inform us at any time of the use of our location by the applications, but also concerning the request for access to the camera and the microphone without our authorization. Finally, there is another function called Mask System, which by default returns dummy or empty messages when a third-party app tries to access the call log or messages. This is done to prevent untrusted apps from reading our private data.