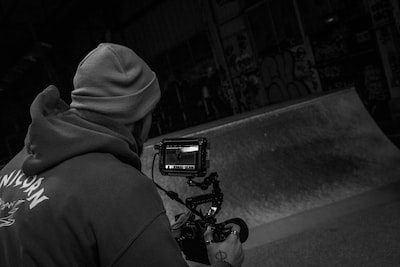 [SOLVED] : Telegram: 30 tips and tricks to become a king of messaging Part two

[SOLVED] : Telegram: 30 tips and tricks to become a king of messaging Part two

One of the reasons people love Telegram so much is because of its multiple built-in security features. One of them allows you to lock your chats so that if someone gets access to your phone, they won’t be able to read your chat logs.

If you have a lot to do in a group chat, you always have the option of directly replying to the message in the chat. Just long press the message and select Reply.

Looking for that message you sent months ago? Don’t feel like scrolling for hours just to find it? Just use the built-in search function.

Like Twitter, Telegram also allows you to use the hashtag (#) to create virtual sections where all posts related to a topic are grouped together.

All the hashtags are grouped together in each user’s directory, so you can find them by searching the conversation history.

Use Telegram on PC

Similar to WhatsApp which you can use on Telegram on your PC, Mac and Linux. Rather than a web client, Telegram is available as a PC app, which you can easily download here: https://desktop.telegram.org/

Telegram supports multiple sessions, which means you can access your chats on multiple devices at the same time. Sometimes it’s helpful to have an overview of which devices you still have an active session on. If you go to Settings -> Privacy & Security> Active Sessions, you can see where you are currently logged in. If you want, you can log out and end some sessions.

I am not talking here about a simple emoji, but real images that can be used to express the most diverse feelings, which are distinguished by the most elaborate graphics. the stickers are a kind of figures in drawings, which can be downloaded in complete packages with different themes or individually. You can even create your own bot with the @stickers robot, which will guide you through the process.

Animated GIFs can be searched and sent between Telegram contacts through a phonebook inside the app itself, so you don’t need to search Google and send a still image to play with a contact, just attach an animated GIF provided by Telegram itself.

Change the theme and color

Telegram allows you to customize the application interface with one of the preconfigured themes or to use your creativity and create your own content.

This trick lets you customize the interface with one of the pre-configured themes or use your creativity to create your own color scheme.

Telegram, one of the main competitors of WhatsApp, stands out for its set of image editing tools, including masks, which personalize with images or adornments the photos taken with the camera or stored in the cell phone gallery, are one of the funniest features for making wall art.

Check out this tutorial on how robot interaction or automated profiling works and how to create masks in the messenger.

Note: The images must be in PNG format, have a resolution of 512 x 512 pixels and a maximum size of 350 KB. If the submission is accepted, the bot will send a message with four types of masks to configure the image, choose one options.