Some iPhone applications use ‘trackers’ to send our data to third parties without us noticing, according to The Washington Post 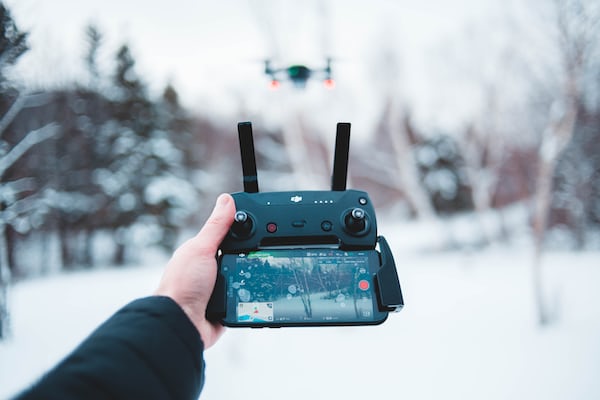 Some iPhone applications use ‘trackers’ to send our data to third parties without us noticing, according to The Washington Post

Geoffrey Fowler of the Washington Post and the privacy company Disconnect just ran an experiment that produced other worrisome data, claiming that iPhones periodically send their users’ data to third parties with purposes that are not entirely clear through the same applications that are installed on the device.

According to Fowler, for this experiment he used software developed by Disconnect to know and analyze the connections his iPhone made and when. It is no surprise that applications use ‘trackers’ to keep track of their users’ activity, the surprising thing is that those ‘trackers’ send the information to third parties without the user having knowledge of this, even when the app is not being used.

Fowler’s experiment with his iPhone showed his device has more than 5,400 ‘trackers’ hidden within the same applications, where it is not possible to activate a private mode or install something to stop this constant tracking. According to the Washington Post reporter, the apps were sending data like phone number, email, GPS location, IP address and more.

This is how Fowler explained it:

“On a Monday night, a dozen marketing companies, research companies, and others got reports from my iPhone. At 11:43 p.m., a company called Amplitude received my phone number, email, and exact location. At 11:43 p.m. 3:58 am, another named Appboy got a ‘fingerprint’ of my phone (device name, model, ad identifier, and available memory space). At 6:25 am, a tracker named Demdex received a form of identify my phone and sent a list of other trackers to sync. ”

Among the applications that Fowler found sharing his data with third parties were Microsoft OneDrive, Mint, Nike, Spotify, The Weather Channel, DoorDash, Yelp, Citizen, and even the Washington Post app, where he works and wrote the results of his experiment.

After contacting those responsible for these applications, some said it was a mistake, such as Yelp and Citizen, who after contacting them eliminated the ‘trackers’. Microsoft, Nike and the Weather Channel stated that ‘trackers’ are used to improve performance. Mint mentioned that it uses Adobe’s marketing tracker to investigate how to display advertising to its users. The Washington Post said its trackers were used to make sure the ads worked. And Spotify referred you to its privacy policy.

The most peculiar case was that of DoorDash, a food delivery application at home, which they claim that has nine ‘trackers’ They share data such as device name, ad identifier, accelerometer data, delivery address, name, email, and even the mobile operator.

As Fowler mentions in his research, the use of ‘trackers’ does not have to be a bad thing, some companies specify how they are used, detail if the information is anonymous and how long the data remains on their servers before being deleted. The problem comes when there is no information about this, when they are not clear on how to use this information or if they share it with other companies.

Today, there is no native tool provided by Apple that tells us which applications have ‘trackers’, the information they send and how often. In fact, it is difficult to know the objective and the aims that these ‘trackers’ pursue.

Speaking to The Washington Post, Apple sent the following statement regarding this case:

“At Apple we do a lot to help users keep their data private. Apple’s hardware and software are designed to provide advanced security and privacy at all levels of the system.”

“For data and services that apps create on their own, our App Store guidelines require developers to have clearly posted privacy policies and to ask users for permission to collect data before doing so. When we learn that the applications have not followed our guidelines in these areas, we make applications change their practice or prevent them from being in the store ”

How do I avoid being tracked?

As I mentioned, there is no native way in which we can see the behavior of the ‘trackers’ on an iPhone, but yes, there is a way to block the sending of the information. First, we can disable background updates either generally for all applications or selectively. For this we have to go to ‘Settings -> General -> Background update’

After this, the following is limit the tracking for sending advertising. Similarly, within the configuration we will go to ‘Privacy -> Advertising’ and activate the option to ‘Limit tracking’

Finally, there is an application called ‘Privacy Pro SmartVPN’, developed by Disconnect, which is the company that helped conduct Fowler’s experiment, which claims to be cApaz to show part of the connections that the iPhone makes and the activity it has in the background, which allows us to block and limit these shipments, in addition to showing who they are directed to.