SamaGame > PS5 > Sony will lose money on every PS5 it sells, and that’s no surprise – it’s the unwritten norm in the console world. 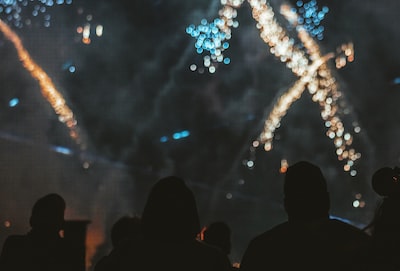 Sony will lose money on every PS5 it sells, and that’s no surprise – it’s the unwritten norm in the console world.

Sony will lose money on every PS5 it sells, and that’s no surprise – it’s the unwritten norm in the console world.

The PS5s will “contribute negatively to the revenue” of Sony in the coming months. This was confirmed these days by Hiroki Totoki, CFO of the company, who thus recognized – although he did not express it in those words – that Sony will lose money on every PS5 it sells.

This data does not surprise almost anyone, because for a long time in the video game console industry it is normal to see how the consoles themselves sell at a loss for the manufacturer, as we have seen in our quick review of this story. That, attention, does not matter much, because then they recover those losses in spades thanks to the sale of video games.

The losses end up compensating (and a lot)

Let’s go back in time. Let’s place ourselves in 2013, the year in which both the Xbox One and the PS4 were released. Microsoft and Sony They achieved something unheard of here: they made money with each console sold. With each PS4 Sony made 18 dollars, and with each Xbox One Microsoft made 28 dollars. It’s not much, of course, but at least they didn’t lose it.

In fact, that was the unwritten norm in the console world for the previous two generations. Sony and Microsoft lost a lot of money with their PS2, PS3, Xbox and Xbox 360, as revealed by the studies that compare the sales prices with the cost of the components and manufacture of these models.

Sony, for example, lost money on every PS3 it sold at its launch in 2006. A lot, in fact: about $ 240 per console, a figure that certainly seemed worrisome even when compared to what its rival was raising.

The Xbox 360 was also not a good deal as a hardware product for Microsoft. When he put it up for sale in 2005 I lost about $ 125 for each of them that managed to place in the hands of users.

The PS3 had a high asking price: adjusted for inflation, would equal $ 659 in 2020. The Xbox 360 was clearly cheaper at $ 408, but it included neither that unique Cell processor nor that Blu-ray drive that made it a multimedia player all-rounder.

Although that console sold for $ 599 – a price many complained about – iSuppli reports at the time estimated that It cost $ 840.34 to manufacture. With the cheap version of the PS3 with 20 GB of disk (instead of the 60 GB of the superior version) the thing was even worse: it was sold at 499 dollars but Sony lost 306 dollars with each one of them because the hardware, for the rest was identical.

The Microsoft console managed to reach ‘break even’ a year after its release, but It would take Sony almost four years to not lose money with every PS3 it sold. He did it in June 2010.

The same thing had happened before with the PS2 that Sony launched in 2000. As El Mundo indicated then, “the manufacturing price –95,000 pesetas– It is much higher than that of sale: in Spain 74,900 pesetas“.

The article discovered already then what was the business that both Sony and Microsoft were really pursuing: “losses are wiped away by royalties payable by developers for each of the titles they sell for this machine. A good part of the price of each game goes to Sony. “What they lost with the hardware they ended up recovering (more than enough) with the sale of video games.

With the original Xbox launched in 2001 something similar happened: studies of the time reveal that to make this console it cost Microsoft $ 425, but they sold it for $ 299. They lost $ 126 each time one of them was sold.

In all cases, yes, those losses were decreasing over time: components and manufacturing processes became cheaper, which allowed to assume these losses and amortize them thanks to games and the long life cycles of consoles, which traditionally range between 6 and 8 years.

And it is. It’s taking a loss on both the S and X, and it seems like it’s taking a bigger loss on S.

Although Microsoft has not pointed it out in official comments as it has happened in the case of Sony, the new Xbox Series X and Xbox Series S will also be sold at a loss for Microsoft. The impact will actually be even greater for the most affordable console, the S Series., which even being more modest does not pay as much for the Redmond firm.

Therefore, everything points to both the PS5 and the Xbox Series S / X being sold at a loss during the first months, but today more than ever that does not seem like a big problem: video game sales new subscription services are added that allow these new bets to be compensated very favorably. Neither Microsoft nor Sony should therefore be overly concerned.