SamaGame > How To > Special Search The Pokémon Melody – Steps and Rewards – How to get Meloetta, Pikachu Rock Star and Pikachu Pop Star in Pokémon Go 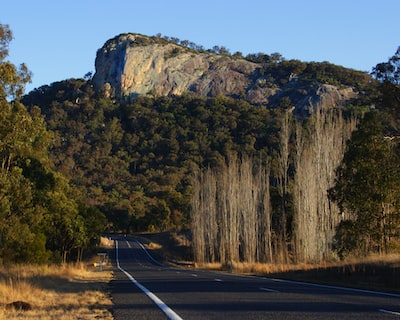 Special Search The Pokémon Melody – Steps and Rewards – How to get Meloetta, Pikachu Rock Star and Pikachu Pop Star in Pokémon Go

Special Search The Pokémon Melody – Steps and Rewards – How to get Meloetta, Pikachu Rock Star and Pikachu Pop Star in Pokémon Go

The Pokémon Melody is a special research with branches launched during the Go Fest 2021 in Pokemon Go, which allows you to add meloetta to your Pokedex.

As the initial release of Meloetta is part of Go Fest 2021, you must purchase a ticket to the event if you wish to access this questline. Meloetta, however, will likely be available to all players via a new special research mission, similar to mythical Pokémon in the past, such as Victini and Celebi.

Throughout the Pokémon Melody quest, you must choose between two search paths different, which will include choose between Pikachu Rock Star and Pikachu Pop Star .

Tasks, Rewards, and Branches of ‘The Pokémon Melody’ in Pokémon Go

Pokémon Melody is a special research mission branching out of Pokémon Go, which consists of a certain number of phases and has no set deadline.

You do, however, need to purchase a ticket to Go Fest 2021 to access this questline.

As it is a branched mission, Pokémon Melody will, in specific stages, offer you the choice of two different paths. Your decision will affect the rewards you will receive upon completing this step.

Below, you’ll find all the available paths for Pokémon Melody, along with the challenges and rewards, so keep an eye out for the spoilers !

During Step 2, you will have to choose between Pikachu Rock Star and Pikachu Pop Star.

You can’t change your choice once you’ve made your decision, so choose carefully! You will receive the Pikachu of your choice as soon as you complete Step 3.

You will have to choose between zigzagon and ponyta during this phase.

Remember: you can’t change once you’ve made your decision, and you’ll receive the Pokémon you picked at the end of Step 5.

Reward: 10 Razz Berries, 1 Incense and, depending on your choice, a Ponyta or Zigzagoon Galarian with a Meloetta hat.

At this stage, you need to choose between flygon or Gardevoir .

Choose carefully because, once done, you will not be able to change it and, as in the previous steps, you will receive what you chose after completing the next step.

Reward: 500 Stardust, 3 Rare Candies and an encounter with Flygon or Gardevoir with a Meloetta hat.

Reward: 3 Max Potions, 3 Max Revives and, depending on your choice in Step 6, 20 candy from Trapinch or Ralts.

Reward: 1 Lucky Egg, 1 Star Piece and an encounter with Meloetta.