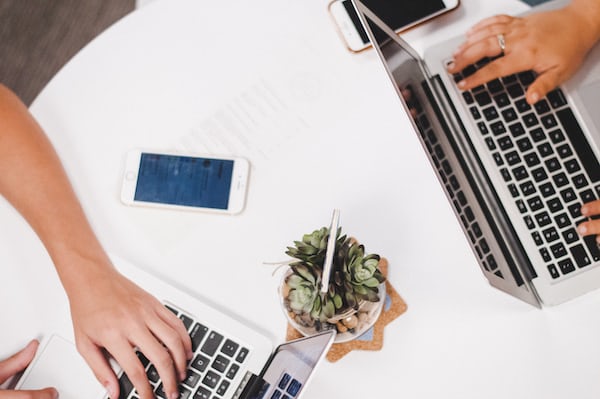 Miles Morales is eager to throw in our PS5s (and yes, PS4s too) and Wouter can’t wait to get him swinging! In preparation for one of the most exciting releases of the next and current generation, he spoke with Spider-Man’s lead designer and game director Miles Morales.

As painful as it is that more than a year ago I went old-fashioned to the States to preview a game, the game journo at home also has something. On Tuesday I was sent a video of a nice amount of Miles Morales gameplay, the day after I was in a Zoom conversation with Brian Horton and Cameron Christian, the creative director and game director of the upcoming Spidey game. The Dutch / Belgian representative of PlayStation gave me an epic introduction that makes me shy when I think back to it, and what followed was a super nice conversation from the comfort of my own office chair. Welcome to the next-gen of game journalism!

The charm of Spidey

We’ve seen in Marvel’s Spider-Man that Insomniac Games has a passion for the web-slinging superhero, but what exactly do Brian and Cameron have with this pop culture icon? What binds them to Spider-Man, be it Miles or Peter? “It felt real and grounded,” says Cameron. It felt like I could be a Spider-Man. He showed me that you should not always think of yourself, but of the people as a higher goal. But he’s also just having fun helping the New York community. ‘

Brian: ‘I watched the cartoons every Saturday morning, I wore the costumes and I loved Spider-Man because you could put yourself in his place. I loved that he jokes while he fights, but he also took responsibility and never gave up. As for Miles Morales, he has a hero to take as an example and he’s not perfect because he makes mistakes. But he works around those mistakes to protect those he loves. ”

Indeed, Spider-Man has traditionally been a joke dress. And that’s what he is in the games too, something I really appreciate myself. But is Miles also funny? Because if not, I’m going to miss those jokes.

“He has his own sense of humor,” says Brian. What’s funny is that he’s trying to be like Peter Parker and he’s not quite able to do that. But throughout the game, he becomes more confident about his own thing, as well as his own powers. So you really see how he feels about himself on this journey. ‘

That is also part of the ‘be yourself’ motto that the game carries with it. A positive message and the sequel to Marvel’s Spider-Mans ‘be greater’. That message is important according to Brian: “Miles has a fantastic mentor in Peter, the iconic Spider-Man that everyone loves. But Miles has to realize that he has to become his own Spider-Man and be himself. He must embrace who he is, his culture, who he cares about and his strengths. It is an aspirational message to everyone: if you can be yourself, then you can find your superpower. ‘

Okay, Miles has to be himself, fair enough, but I’m still going to force both directors to compare him to his mentor and thus the previous game. For example, what are the biggest differences between the move sets of both Spideys?

“Of course, Miles is just getting to know his powers, which are different from Peter who is already a veteran,” Cameron explains. Throughout the story and gameplay, you learn as a player and as Miles to grow and unlock these new abilities. He has his invisibility and bio-electric powers, with which we can really evolve the gameplay. ‘

Indeed, Miles, for example, has a powerful Venom Punch that beats none other than Rhino in the gameplay section I’ve seen. He also used his invisibility to escape from combat. It almost seems as if the student surpasses his teacher and Miles becomes more powerful than Peter… However, according to Brian, the two are difficult to compare: “Miles has an additional set of skills, but Peter has a lot more experience. And Miles has a different focus, he fights a lot more with his legs and where Peter uses a lot of gadgets, Miles has his bio-electrical and invisibility powers instead. ‘

Spidey on the PS5

That fight at the start of the game in which the two Spider-Men take on Rhino is particularly spectacular. What strikes me most is that interiors of apartment buildings can be seen regularly because the fighting trio smash through walls. Do we see the power of the PS5 there? “Yes, not only do we show the different aspects of New York as a city, but we also make use of the hardware and what is possible with the PS5,” Cameron confirms.

Speaking of that new device, is there any enthusiasm for that? Brian: ‘The SSD of the PlayStation 5 allows us to fully immerse people in our story, you are just constantly completely in it. The way the 3D audio brings the world to life, the haptic controller provides an extra level of immersion; it makes our storytelling palette more sophisticated. We have more things to tell a story with now. And the way we can seamlessly move from gameplay to cinematic is in line with our goal of providing a full experience. ‘

Before I let the directors go, there was one more pressing matter to discuss: Spider-Cat. Or, as Cameron points out, Spider-Man the Cat. What’s the deal with this feline? “Spider-Man the Cat is a great example of why I love working at Insomniac so much,” says Cameron. It started with a simple idea: what if we had a quest where you have to save a cat? It turned into a side quest and then we wondered: What does it mean to save a cat? Of course we need a backpack to take him with us if we saved him. Okay cool, then we’ll put it in a backpack. It grew organically and eventually he even got his own outfit and finisher. ‘

I say that I have seen Captain Marvel and thus have an idea of ​​how difficult it is to animate a cat. So this is quite ambitious! Brian agrees: ‘Well, we have a ton of cat owners at Insomniac, so the love for cats is strong with the team. A lot of observation was needed. In all the Zoom meetings we have because we work from home, cats are always in the picture and that really shows the humanity of our team. Spider-Man the Cat is basically who we are as developers and as humans. ‘

I thank the two men for putting so much focus on story, because after all, that’s a big part of what made Marvel’s Spider-Man so f*****g good. And from what I’ve seen from Miles Morales so far, this game won’t do any less. You can see that in details such as the way Miles fiddles with his phone in the subway in the first seconds of the game, but also in bigger things, such as the role that Insomniac gave to Troy Baker.

I’ve seen spectacular ‘camera movements’ that perfectly capture the disturbed action, I bounced off my seat due to the ridiculously smooth new combat moves I saw and yes, I also had to get used to Peter’s new face. But knowing Insomniac – and after talking to these passionate team leaders – I’m sure they did this for very good reasons. What is the good reason? The story, folks. And Miles’s is in good hands with these people.

Marvel’s Spider-Man: Miles Morales will be available on PS5 and PS4 on November 12.