Spider-Man: Miles Morales Test – The other friendly spider in the neighborhood 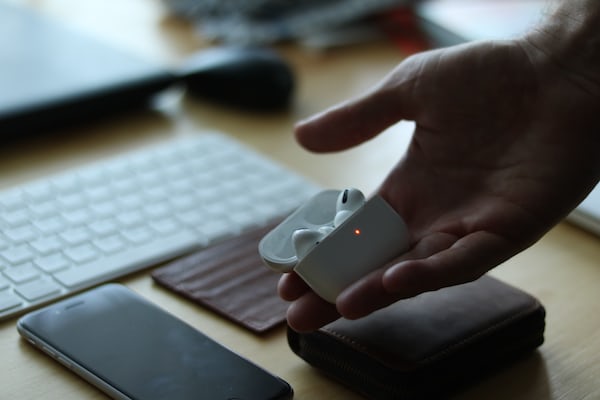 Spider-Man: Miles Morales Test – The other friendly spider in the neighborhood

Ok, the confusion about whether Miles Morales is a “full-fledged” game, just an add-on, or a larger expansion that didn’t need it. But now the game is there, in time for the launch of the new console, with just under 40 euros (Correction: The confusion was still deep for me: The game costs full price, around 60 euros instead of 40), and does what it is supposed to do very well: the black Spider-Man Miles Morales his first interactive game Serve a performance and let the muscles of the PS5 flex a bit.

The time for a new Spider-Man was not exactly ideal. I play Watch Dogs and Assassin’s Creed at the same time and I wasn’t sure if I could take another Open World. But as it turns out, it’s something completely different to swing as a spider man through an extremely pretty, but as with so many games in this genre, rather backdrop-like and filled with interchangeable side tasks. Spider-Man lives simply from its locomotion, the good feeling of shooting through canyons hundreds of meters deep on its nets. Dizziness and pitfalls are what you’re here for.

Back in the neighborhood

That was already true in 2004, when Spider-Man 2, which was mediocre from all objective points of view, suddenly became my favorite game of the year (and also a superhero reference across the board). Miles Morales is a reminder of how much fun it is to be Spider-Man (minus that part of great power and the responsibility that goes with it) and how well Insomniac managed to squeeze the special talents of the spider into game form. Not only the swing, but also the fights and the visual implementation of the game world itself were at once triple A level – something that one had somehow still not credited a superhero game with, despite three more than just nice Rocksteady Batmen.

Harlem is a busy place – the borough in upstate New York is bursting with life that Miles usually rushes over with a monkey tooth.

These qualities – wonderful swinging through Manhattan and the catchy fight against well-mixed groups of opponents, which is powerful thanks to a few groovy new moves presented – once again complements a story that is much better than it should be – whereby … has the story in itself you heard it in this form a lot, it’s more Insomniac’s knack for interpersonal relationships that ensured that I got a really tight throat at the climax of the action. Not because I had no idea where the story was going. But because what happened here was so well written, played and spoken.

Even the original two years ago lived from the characters and their interactions and that is no different here, although the short campaign duration of only about seven hours ensured that everything went a little bit like fast motion. Still, the story of Miles, Ganke and Phin is very effectively and heartwarmingly told, this new Harlem Spidey insanely well cast and Insomniac also wrote it in a way that clearly distinguishes it from Peter Parker, who has more than one guest appearance on Miles Morales , takes off. To be honest, the next Spider-Man, which I’m just assuming at this point, I would rather live in the skin of the inexperienced Miles than to play as Peter Parker again – who by the way cuts a very good figure in the mentoring role .

Insomniac writes beautifully empathic characters in its Spidey games. Miles’ friend Phin is an important fixture in the story.

Smaller, but no less good

If you have brought the story to its emotional end after the said seven hours, there are still various side tasks with which you can almost double the fun of the game, although not without friction losses. Of course, the basic gameplay is incredibly solid and the Spidey flair is downright irresistible, but over time the typed assignments wear out. Expect ten to twelve hours of entertainment at the best triple A level and you will not be disappointed.

Technically, I like the game with incredibly fast loading times – less than fifteen seconds from the dashboard to Manhattan – nicely implemented faces and stable 30fps in 4K including ray tracing (which, funny enough, reflects passers-by, but not their umbrellas in shop windows). The level of detail of the surroundings is also greatly increased. I’m not sure whether it is also due to my new, larger TV or whether the game is otherwise tricky with its perspective, but in Miles Morales the game world and the street canyons seem much bigger to me because of the many little things on buildings and in the streets deeper. Of course, this has a positive effect on the special intoxication of movement, which in Insomniacs’ first Spider-man caught you pretty well and didn’t let go of that quickly. The integration of the DualSense is also nice, if you can feel the pressure point of Spidey’s net shooters at the end of the trigger hub and the vibration of the nets you are dangling from.

Far from bad for a cross-gen title. But on the contrary.

In the end, the question of what exactly Miles Morales would be and how tall was not so important. What counts is that the story is bursting with interesting actors, the conflicts are humanly understandable and the game is still more fun than most of the others of this kind despite recognizable open-world standardization. This type of locomotion simply drives out of competition. In addition, the game is a good showcase for the new hardware, because the visual and other technical differences to the last Spidey on the PS4 are drastic. I’m excited to see what Insomniac is planning for Spider-Man in the future – a real crossover between Peter Parker and Miles Morales is at the top of my wish list.