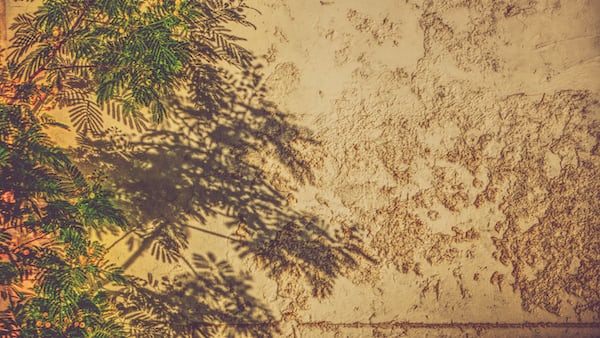 As if the Sony news was not rich enough at the moment, the company has decided to add a layer. This Thursday, June 2 at 11:59 p.m. French time, we will have the right to a new State of Playtwo months after a rather disappointing March edition.

PlayStation is very clear in its press release: the State of Play on Thursday evening will first be the opportunity to unveil games in preparation for PSVR 2, the brand’s new virtual reality headset. The object, which will only be compatible with the PS5, took advantage of CES 2022 in January to present its technical advantages (OLED screen, 2000×2040 resolution, etc.) and a first exclusive title, Horizon: Call of the Mountain.

We would also not refuse some information on the helmet itself, whose price and marketing window remain a mystery for the time being. Insiders are talking about a release in 2023 but let’s not go too fast. To return to more “concrete” things, recent rumors are betting on a return of the Killzone license in virtual reality, which could be revealed during the State of Play. Others evoke a Call of Duty VR experience backed by the new Modern Warfare 2, announced recently. And why not ! After all, the FPS had already tried the exercise with “Jackal Assault” on the episode Infinite Warfare. Let’s not forget London Studio, the PlayStation team that gave us the great virtual reality game Blood and Truth in 2019. We know that it is preparing an online title on PS5, with – no doubt – VR.

A change of strategy!

Beyond the number, these productions will undoubtedly marry the PlayStation strategy for the years to come, as described by Jim Ryan in recent interventions. The brand wants to find its community “beyond consoles” with particular attention to service games (twelve titles of the genre are planned by 2025), cloud gaming and the metaverse. A last point where the virtual reality headset would have its place, providing a completely incomparable immersion.

Beyond Horizon, Call of Duty and Killzone in VR, it cannot therefore be ruled out that Sony draws more original projects, centered on the exchange and less on the solo experience, like PlayStation Home , a kind of proto-metaverse at the time available on PS3. In this regard, how not to think of the project currently in development at Haven, a studio led by Jade Raymond (Mass Effect Andromeda, Star Wars 1313) and bought by Sony last March. The future title, exclusive to PS5, looks like the figurehead of the new PlayStation with “a triple-A multiplayer experience with (…) in constant evolution centered on freedom From there to imagine a game with virtual reality, there is only one step.

PS5: Sony is already releasing a name for the State of Play, a big excluded from the program

We suspected it a little, since part of the show was going to be devoted to PlayStation VR 2. Sony has just made it official, but the brand new installment of the iconic Horizon saga will be on the State of Play program to be held tomorrow night : as a reminder, this is a virtual reality game bearing the sweet name of Horizon: Call of the Mountain, which was announced at the beginning of 2022.

For the moment, only one video has been revealed, with a lick of gameplay to put in your mouth (to be found above). In any case, the adventure is very likely to be promising: it is designed by Guerilla Games, the Dutch studio behind the first two titles in the franchise, with a solid helping hand from Firesprite, an English firm acquired by Sony recently.

If Horizon is indeed the only name disclosed by Sony, the Japanese manufacturer does however hint at some possibilities by giving a very small glimpse of what awaits us.

A focus will also be made, therefore, on “several games in development for the PlayStation VR 2”. We then feel that things are starting to speed up for the famous helmet, which rumors are suggesting a release in 2023: perhaps we will have the officialization tomorrow evening.

The opportunity to specify that the State of Play will therefore be held on YouTube or Twitch from midnight, French time, and that it will last “about thirty minutes”. You can of course follow the event on JV.

Announced last January during the Sony conference at CES 2022 at the same time as the PlayStation VR 2, Horizon Call of the Mountain will give news tomorrow evening during the State of Play which will apparently talk a lot about virtual reality.

The call of the mountain

Tomorrow evening, Sony’s State of Play will give us news about future games from third-party publishers since it seems that first-party projects are not present (despite a God of War Ragnarok still expected for 2022). However, we were told that the PS VR 2, the next virtual reality headset for the PS5, will be widely represented, especially with different game announcements.

Horizon: Call of the Mountain confirms its participation in the State of Play on June 2

The June 2 State of Play has already confirmed the first name. Horizon: Call of the Mountain will show “a new look” as part of the battery of news related to PlayStation VR2.

The title is in development as part of a close collaboration between the Dutch and Firesprite Games, one of the studios the company acquired in 2021.

“Created for PlayStation VR2, this unique experience was designed to advance hardware technology, innovation and gameplay. Stunning graphics and new PSVR2 sense controllers give new meaning to total immersion in the world of Horizon. »

Chris James, former senior developer at Horizon Forbidden West, shared on Twitter at the time that the game “will change what triple-A means for virtual reality.”

State of Play on the way: when will it take place?

PlayStation is preparing a new edition of State of Play for June 2 at 11:59 p.m. (CEST). A “nearly 30 minute” presentation is planned in which we will learn “exciting revelations” from third-party companies. In addition, the PSVR2 will have a prominent role when learning the first games in development.

HORIZON CALL OF THE MOUNTAIN: A TEASER WAITING FOR THE DEDICATED STATE OF PLAY

Even if the news will not surprise anyone since it was one of the first games to be announced for PlayStation VR 2, Sony Interactive Entertainment split a tweet to indicate that Horizon: Call of the Mountain will be part of the productions that will be presented tomorrow during the State of Play. And to keep Aloy fans waiting,

The opportunity to remember that Horizon 2: Forbidden West was released on February 18 on PS5 and PS4, and that the game was awarded a 19 out of 20 in our columns. As for the PlayStation VR 2, let’s not forget that when it is launched, it will be accompanied by around twenty titles. Proof that Sony Interactive Entertainment has no intention of making its new virtual reality headset an anecdotal gadget.