Streets of Rage 4 – review. A great comeback after many years 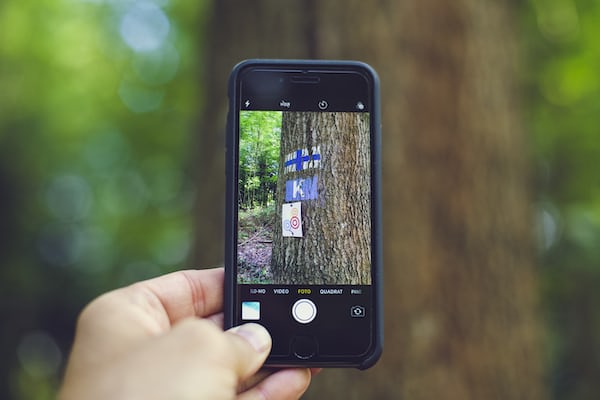 Streets of Rage 4 – review. A great comeback after many years

Old friends have come with 2020. Jill Valentine escapes from Nemesis again, Cloud’s crew has returned to the streets of Midgar, and somewhere in all this madness even Axel Stone and Blaze Fielding have reminded the world of themselves, inviting them to stroll through streets full of anger. Streets of Rage 4 is back years later and I can say one thing: this series is back in full accompaniment of its lights and shadows.

Bethesda released the first The Elder Scrolls, Blizzard offered WarCraft, SNK launched a Neo Geo CD, Namco invited to the first fights in Tekken, and Sony provided a console that changed the lives of millions of players around the world: PlayStation. It all happened in 1994 and Streets of Rage 3 debuted this year. After more than 20 years, only a few fans still believed that anyone could reach for this IP and decide on a full-fledged sequel, but there were some crazy people who decided to face this challenge. But how, after 26 years, to preserve the magic of the Streets of Rage series and propose the series to the younger generation?

The creators could follow Square Enix’s path by serving a full remake and thus building a new production on the old foundations, but Lizardcube came up with a completely different, surprising idea. They took old school gameplay, put it in new robes, threw it on new platforms and watched the world burn. The team is fully aware of offering today’s gamers gameplay, which was successful 25 years ago, and today is a great challenge for literally everyone. Before reaching for production, I was not sure if the gameplay made any sense, but in retrospect, I know that the developers not only took a risk, but could revive the genre with their actions.

Streets of Rage 4 comes back to us with an easy to predict story – the bad guy controls the city, he has many equally bad people under him, and we return after ten years to the area and want to bring justice with a few kicks. Without the slightest twists and turns, because again the events are just an excuse to fight your way through 12 stages and finally fight the boss. The first approach to the game took me three hours – the game time is by far the biggest problem of the returning player, because although the previous editions were even shorter, more is simply required from modern production. Additional stages, new enemies, and maybe even a bit of madness? We won’t find it here, and although the first completion of the story unlocks a few additional modes, these are typical clog holes that do not show the expected quality – they do not match the main mode to the heels. The creators also provided Boss Rush (as the name suggests, we only face bosses), Arcade (campaign with a fixed number of lives) and PVP fights. The brand’s potential was clearly not used, from which you could squeeze out additional juices at this point. As a result, the only interesting mode for me is the campaign, in which you can tire your fingers on five difficulty levels. Fortunately, the game does not forgive mistakes and can provide the expected hint of satisfaction … And it works best in cooperation – network for two people and sofa for four. But here comes the most important question: how many times can you go through the 12 stages?

Streets of Rage 4 has surprising layers of nostalgia

However, you must know that in Streets of Rage 4 it is difficult to play “once” and then forget about the game. If you grew up on other titles in the genre, after a few hits, you will feel a strange feeling of warmth in your stomach … And then you will want more, more and more, because the developers did an amazing thing: this title tastes the same as its predecessors. Yes, it’s still a production that is best described by one sentence: “you go to the right and you hit.” No puzzles, no frills, basically everything with just a few buttons. For this reason, I was afraid that such a gameplay might not exist these days, but the production is surprisingly enjoyable. The gameplay is so captivating that after completing the campaign for the first time, I switched to the second attempt immediately, and after five hours I got up from the couch … After I had already cleaned the streets twice. I did the third “run” the next day and that’s when I felt that the developers could squeeze more out of this production.

At the start, we get four heroes, and each has its own special move, has different combos and offers a different sense of the game. We cannot talk about a completely new gameplay here, but we have at least four (for the start) options, and while playing, we unlock additional, classic heroes. Regardless of the choice of character, each of the warriors has their own special attack, the execution of which reduces the health bar – the creators here are surprising, because the player gets a chance to make up for HP by patting opponents. The system has been refreshed and even significantly improved, which encourages you to perform “specials” that we can stack with basic attacks, thus creating even more powerful combos. I did not expect this system to be so pleasant these days and encourage me to reach for production again. It is a pity that at some point (somewhere on the seventh level) the creators already ran out of ideas for creating many new enemies and often use familiar faces – and simply provide them with other tricks. Sometimes they have different punches, but there is not much variety here.

The Lizardcube team somehow rewards the most persistent (fans?), Providing the ability to unlock 12 retro heroes and allowing you to listen to the soundtracks from the first and second Streets of Rage. The returning characters look especially good, they have a retro look and look really great next to modern character models. Each of the fighters, of course, has their own fighting style, so again we get the opportunity to master the next moves.

In Streets of Rage 4 we are looking for chickens

Saying “you go right and hit” I simplify the game a bit, because the heroes can still interact with some elements of the environment – yes, you can find chickens under the barrels. In addition, in most maps, you have to pay attention to obstacles that can deprive us of a bit of life and, worse, break the rhythm of the combos. The action is also helped by Star Moves, i.e. powerful attacks that we can perform only after obtaining a special star, and in addition, we have the opportunity to use the weapons found or taken from our opponents. Various clubs, stun guns or even samurai katanas allow you to achieve a great advantage on the battlefield. The creators even allow you to throw the loot, so with a little practice, we can combine the attack with the item with other attacks.

When I downloaded Streets of Rage 4, I was convinced that I would like to play “famous faces”, but Cherry Hunter (Adam Hunter’s daughter from the first part!) And Floyd Irai made me the most fun. The new girl is very energetic, she is full of her everywhere and is perfect for all boards where we have to eliminate opponents as quickly as possible. On the other hand, Floyd is by far the slowest hero, but his metal paws are really heavy and can wreak the greatest havoc on rivals. Opponents can be grabbed, hit on the head or simply thrown, and such actions are best performed with this muscle.

The developers opted for hand-painted backgrounds that look great. During the campaign, we have the opportunity to visit many different stages and I must admit that in terms of the setting, the title does not disappoint. Similarly, positive vibrations are offered by the soundtrack, which has a hint of power that encourages you to eliminate more enemies.

Is it worth being interested in Streets of Rage 4?

Streets of Rage 4 is loaded with nostalgia from start to finish, and while it offers all the advantages of its predecessor, it does not forget about its shortcomings. Developers, however, do not particularly hide it and say it directly – it is a classic beat’em up transferred to a new reality. You go right, hit it, use special abilities, sometimes throw a scythe and it’s all over after three hours. You want more? You choose the next character, invite your friend to the square and together you remember “how it used to be”, hitting other enemies in the snouts.

Somewhere in this madness, it was not decided to bring the series to modern realities, expanding the campaign or offering more interesting additional modes, but even in such circumstances – Streets of Rage 4 can charm you. Is the power of nostalgia worth PLN 104 (current price)? It all depends on how often you picked up Nocks with similar titles. If you’ve broken a few pads on brawlers, feel free to take it. It was for such geeks of the genre that this title was created. The rest, however, must take into account the scale of the game. This one does not impress and although the gameplay does not disappoint, it quickly turns out that you want much more. If you belong to this group, please wait for the promotion.