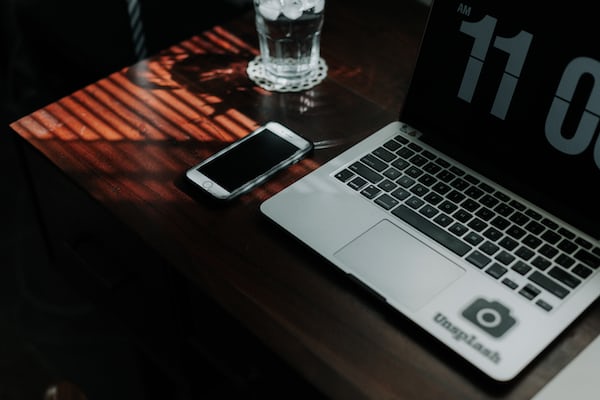 Since the first part on the Nintendo 64 at the latest, every Nintendo home console has had a Super Smash Bros. Almost two years after the Switch was released, the Japanese video game company is bringing the classic to its current hybrid console. At gamescom, Benjamin and I were able to take a closer look at the latest fighting game experience and find out whether he still has no chance against me. Spoiler: it is.

Are you slowly tingling your fingers? Do you feel like measuring yourself against friends or putting your skills to the test against other players? To show your skills in difficult and demanding fights and to crush challenging opponents together with friends?

If so, you’re probably just as excited about a new installment in Super Smash Bros as I am. Four years after it was released for Wii U and 3DS, the classic returns and is not presented in a completely new guise. Super Smash Bros Ultimate is the name of the good piece and promises the ultimate gaming fun with legendary video game characters on 103 stages. Every single fighter from almost two decades in the series is playable and many more. For the first time, Ridley from the Metroid series and the Inkling from the Splatoon series are part of the party. And as Nintendo announced in the latest Direct for the game, players can now choose Simon Belmont from Castlevania and Donkey Kong’s arch-rival King K. Rool.

The game is called Ultimate for a reason.

In order to keep you going, you can of course not play them right from the start, but instead unlock them in the usual ways via fights in single player mode. Obviously only half of the announced 103 stages are initially available, which can also be used again as Omega stages.

For the first match, Benjamin chose the Little Mac boxing ring. Is there a more iconic location for a two-player beating, apart from the last stop, of course? I do not think so. Both playfully and technically, the title sometimes reminded me of Super Smash Bros. Melee, which should please some. It plays fast and soberly viewed as a Super Smash Bros just plays. What I noticed spontaneously: If you evade in the air, you will not only not be vulnerable for the moment, but also move a little to the side. In addition, the creators took over attacks from characters from Melee. Example: If Kirby was able to turn himself upside down with the A-side attack in the past offshoots and spin around, his attack returns from Melee and with this combination turns him into a small but dangerous ball of fire. Assumes that the other characters who have been with us since 1999 have also changed somewhat, as the developers had to decide on one attack each.

In the ring, Snake and Marth faced each other and tried to kick each other out as often as possible. With attacks you try to inflict as much damage on the other as possible, grab at him and throw him through the air, avoid his attack and continue to hit him with a charged A or B attack. To get angry at the opponent, simply press B and down with Marth and the opponent will feel his own medicine thanks to the counterattack. After a series of kicks and punches, the smash ball finally appears and we immediately fight for it. Here you can tell that Marth’s attacks are less powerful than Snake’s offensive skills, because after a few hits Benjamin gets the smash ball and I’m under fire. With my increased damage, evasion didn’t help, I inevitably fly out and Benjamin is as happy as a child to have thrown me out once. Then he lost in sudden death and didn’t have the strength to kick me out in the revenge match either.

Shovel Knight also makes it into the new Smash.

In short: if you are a fan of the series and dominate the fighters in your sleep, not much will change for you. Admittedly, if you are only used to the GameCube controller, you might initially have a few difficulties with the Pro controller for Switch, but the game offers various options. Be it a customizable button assignment or the option to choose between the Nintendo GameCube controller – both the original and the newly designed model -, the Joy-Con and the Nintendo Switch Pro controller.

While the technical progress in the boxing ring was hardly noticed, it looks different with well-known stages. Among other things, “Saffron City” from the N64 part is new. If you only remember Lavados here in the background as a large, orange-colored pixel ball, the Pokémon are now grapPokémon processed. And the Pokémon that appear from the elevator are still deadly if you push your opponent directly into the explosion of Lektrobal with increased damage value.

We didn’t see any of the announced innovations – stage change during the fight and an optional rechargeable smash without beating the smash ball (ultra bar) – in the tested matches, but the sudden death still works as usual .

Things an Alola Coco Egg can be used for.

What else can you look forward to as a player? Super Smash Bros Ultimate combines a variety of arenas and items with game mechanics. Furthermore, all amiibo figures from the Super Smash Bros Collection are compatible with the game. Amiibo figures of fighters from other ranks can also be used. With over 900 pieces of music, you can spend a total of 28 hours listening to music and use the Switch as a large MP3 player (that’s a cell phone that you can’t make calls with … ask your parents – note: Alex). There are new items like the banana cannon and the death scythe and Knuckles from Sonic The Hedgehog, Krystal from Star Fox Adventures and Rathalos from Monster–Hunter join in as helper trophies. You can use the Poké Ball to summon numerous well-known and new Pokémon in combat – including Abra, Solgaleo, Lunala, Mimigma or the towering Alola Kokowei.

Of course, the training, the tournament and the classic mode, which offers a tailor-made campaign of opponents and stages for every fighter, should not be missing. I would prefer a story mode like in Brawl to be able to better control the respective fighters, but of course it works like that.