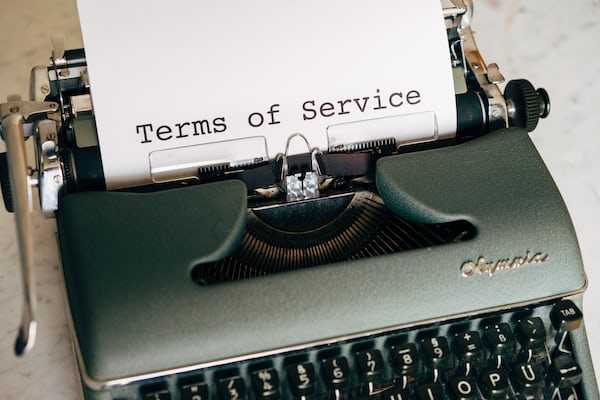 This month, Nintendo is spoiling retrogaming fans with three new additions to its catalog of classic games. No Nintendo 64 title in sight at the moment, but fans of the NES and the Super NES will be able to find a skewer of games that marked these consoles in their time.

The Super Nintendo in the spotlight

The Kyoto firm’s 16-bit console catalog receives not one, but two games this month, adding to an already busy list. Thus, it is now possible to find Congo’s Caper and Rival Turf in the application dedicated to the SNES on your Nintendo Switch.

Congo’s Caper is a very classic platform game, but which is therefore just as effective. Released in 1993 in Europe, you play as Congo, a monkey transformed into a human by a magic ruby ​​who will have to save his sweetheart kidnapped by a demon. With its endearing style and lively gameplay, this game will make a perfect alternative to the usual games of Mario Bros.

On the other side, Rival Turf offers a combat experience not unlike that of other classics like Streets of Rage. In this beat’em all, it’s up to you to protect the city from an evil gang (as so often in this kind of game). Nothing new under the sun, but a game like this sure serves as a great stress reliever. In addition, it is possible to play it in cooperation for even more fighting and fun.

A monument of arcades

An arcade without a pinball machine is not one. In 1985, Nintendo decided to bring this classic to living rooms around the world with Pinball. This game then becomes accessible to a number of households who no longer need to go to the local arcade and pay for each game.

A little extra charm, the pinball machines offered are not ordinary and are embellished with two Nintendo icons of the time: Mario and Pauline. It is also in this game that Mario’s friend appears for the first time with her brown hue as we know her today.

Going with the usual Nintendo trend, June should also see the arrival of a new Nintendo 64 game. Pokemon Snap remains the last game that Nintendo has already made official, but not yet released. After Mario Golf and Kirby 64, this PokémoPokémonoff should land very soon on the Switch’s online service.

Kirby 64 will fix a big bug on Nintendo Switch Online

The latest game in the catalog of classic Nintendo 64 titles on Nintendo Switch Online hasn’t been without its problems either. A few hours after the release of Kirby 64: The Crystal Shards, some users complained that a bug forced them to restart the game. The Japanese recognized the error and have already set to work to find a solution, which will go through a patch.

“A bug has been found in Kirby 64: The Crystal Shards for Nintendo 64 – Nintendo Switch Online that prevents players from progressing through the adventure under certain conditions. A patch to fix the bug will be released next week. We apologize for any inconvenience”.

What exactly was the bug? As some users have shown on social networks, the problem occurs exclusively in the underwater phases. When it takes damage under certain circumstances, the pink ball is paralyzed and there is nothing to do to continue the game. The only solution until the patch is released to players is to restart the scene.

The emulation of the Nintendo 64 in the current Kyoto machine has drawn criticism since the first titles of this console arrived on the service. However, those of Mario have been updating and fixing these errors as they go along. There are currently a total of 15 video games on this console, exclusive to Nintendo Switch Online + Expansion Pack subscribers. They are:

Kirby and the Forgotten Land is the latest game in the saga for Nintendo Switch. Do not miss the Netcost analysis.

Why choose the Nintendo Switch over another game?

The Nintendo Switch is what is commonly referred to as a portable home console.

Indeed, it is possible to start a game on television and continue it anywhere, such as in transport or in another room of the house. Overall, the console has good battery life, making it easy to transport and play your favorite games. This also makes it a console that is perfectly accessible to everyone and can be used everywhere.

In addition, the Nintendo Switch is generally equipped with a station as well as two Joy-Con controllers.

You will understand, it is quite possible to use this console to play different video games and if you are still not convinced, we offer you some arguments that could make the difference. So, whether you decide to buy it or not, you will already know all the advantages of the Nintendo Switch.

One of the biggest advantages of the Nintendo Switch is that the console does not necessarily require a significant investment.

Of course, a small budget absolutely does not mean that Nintendo is worse in terms of quality than another brand. All types of consoles (expensive or inexpensive) can have problems during use. Nevertheless, in case of minor problems with your device.

In addition, you can find them for less than 300 euros, which is less expensive compared to other types of consoles. Thus, it is more economical for you to go for a Nintendo Switch.

The Nintendo Switch to play from anywhere

If you are a fan of video games and you do not necessarily have the opportunity to go to tournaments or even in a , the Nintendo Switch can be an alternative.

The console actually allows you tocombine a moment of relaxation at your favorite place. So, if you prefer to stay in bed to play, it will be quite possible without you having to move around your living room. You can also put it on a table to put it in multiplayer mode or if you opt for the Nintendo Switch Online version, you can play with several players and make your own tournaments.

In addition, to move around easily with your console, you will need to attach the controllers to it.

The Nintendo Switch for a wide range of games

This aspect is not negligible since the brand is constantly seeking to make improvements to its product in order to allow its customers toaccess a multitude of video games.

You will find games such as:

10 Best Platformers On The Nintendo Switch, According To Ranker

It took Mossmouth and BlitWorks 12 years to release a sequel to their 2008 action platformer Caving. In the sequel, players take on the role of Ana, the explorer’s daughter from the game’s predecessor. In order to find her missing parents, Ana must travel to the moon and traverse the game’s various levels that are full of traps and monsters.

Spelunky 2 received critical acclaim due to its extensive level design and engaging gameplay. Newbies to the platforming genre should exercise caution though, as Spelunky 2 is known for its wildly challenging and unforgiving levels.

Indie developer Derek Yu’s 2D pixel adventure game is a platformer that features tons of randomly generated levels for players to explore. In Caving, players will have to go through tunnels in order to collect treasures. Along the way, they will have to avoid traps and defeat enemies to avoid dying and starting over from the beginning.

It might be considerably easier than its sequel, but Caving is still full of addictive levels that make it one of the best first games for young players just getting started in the game.

8 Astalon: Tears of the Earth

Its simple platforming mechanics combined with a thrilling narrative managed to attract fans of the genre. Additionally, the game also encourages players to explore the abilities of the three different protagonists, adding variety to the usual platformer.