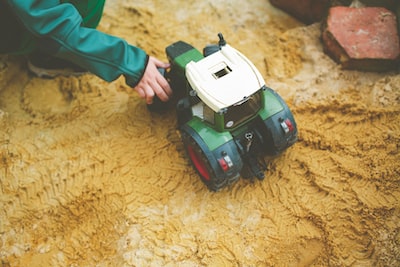 Sandbox games allow you to creatively design your environment yourself, just like in a sandpit. Sometimes it’s just about creativity and creating a world of your own, other times it’s just about survival. But sandbox games have one thing in common: Building your own little kingdom is damn addicting. Here we have the eleven best titles for you that bring the freedom of a sandpit to your home screen

When the aesthetic of a Tim Burton film meets struggles for survival in the wild, then you have Don’t Starve. In it, you try to survive in a randomly generated world that looks as if it had sprung from a gloomy book of fairy tales, and you make use of crafting options to defy numerous dangers. There is no clear “aim of the game” or instructions that take you by the hand, rather you are on your own, you have to look for your own tasks and of course do not starve. The game was later released as Don’t Starve Together for joint co-op survival adventures.

Off to the sandpit – Don’t Starve is available on Steam, for example.

In Factorio, the game principle is already in the name: Here, too, you can let off steam in a freely customizable world by assembling machines! You play an engineer yourself and think about what kind of crazy gadgets you might need to gradually automate as many processes as possible. But be careful: the creatures of the 2D world could tamper with your technical marvels and you always have to defend your cool inventions against attacks. If you are not yet sure whether Factorio is for you, Steam also offers you a free demo.

Into the sandpit – Factorio is available on Steam, for example.

Need a new career? How about, for example, as a cemetery attendant? This macabre and wicked building game makes you the guardian of your own medieval graveyard. Meet absurd characters, build new tombstones and sell uh … mysterious meat to the local landlord in a sandbox game that can absolutely compete with the big genre titles in terms of game mechanics, but doesn’t take itself seriously in terms of story. Complex crafting systems and numerous freedoms for the creative design of the world can keep you trapped for hours in the black-humored world of the gloomy Middle Ages, because: After all, people always die.

Those who die earlier lie around faster – in the graveyard of Kepper’s Graveyard.

Into the sandpit – Graveyard Keeper is available on Steam, for example

The absolute classic among sandbox games with the famous block aesthetic that has been quoted and parodied again and again. In random worlds you create everything you want and how you want it, from cubes, alone or with others. Probably the most famous sandbox game, there was not only DLC or the spin-off Minecraft Dungeons, but also a lot of user-defined content – numerous mods and add-ons make the Minecraft world even more creative than it already is. No wonder that eleven years after it was first published, it is still one of the ten most watched games on the Twitch streaming platform.

In Minecraft you make the world the way you like it … for example with cute animals!

A game with a bumpy start that is celebrating its fifth birthday this year. In the meantime it has built a decent community with numerous updates and new content and has done a lot for its reputation. In No Man’s Sky you travel freely through space, colonize areas, build a base, craft and design a new world according to your wishes. You also have the opportunity to follow a story or to have fun with others in multiplayer – now really, because when the game was released, the co-op mode was advertised, but then did not exist at all. But now you can now go on a space trip with a group or visit other bases.

Off to the sandpit – No Man’s Sky is available on Steam, for example

If you want a slightly more funky space sandbox experience, Rimworld might be for you. Because in this weird future world between humor and dystopia, pretty much anything can happen. As the almighty leader you try to found a new colony and build a base with only three people after the crash on a strange planet. As people are like that, you have to deal with all sorts of weird characters, strange habits, wild histories, disputes and conflicts. And then there are also wild animals or bandits who can make life in the colony difficult for you. Regardless of whether you are picking up fugitives, making a tasty squirrel soup or replacing vital organs with cyber implants, there is always something to do.

Your people argue and everything is on fire? That’s Rimworld! In the best sense

Off to the sandpit – Rimworld is available on Steam, for example

Here you are again in strange galaxies of a randomly generated pixel world. You can choose your character from one of four species and design it as you like before you go on your first space adventure. The sandbox experience in Starbound is quite large, because with various tools you can remove everything in the world and rebuild it as you wish. But be careful: This is also about survival and you have to assert yourself not only against your own hunger, but also against a lot of alien monsters. Numerous small quests, missions with final bosses and design options make Starbound dangerously addictive.

Always wanted a colorful hut on an alien planet? Then on to Starbound!

Off to the sandpit – Starbound is available on Steam, for example

Of course, there is one sub-category in the sandbox list: farm games. The popular simulation is a major project for just one person – Eric Barone – and it’s actually much more than just a farm adventure. In addition to designing your own farm, which you can decorate, plant and manage according to your wishes, you can fight your way through numerous dungeon levels and get to know lots of charming characters – always accompanied by the change of seasons. Role-play elements in Stardew Valley mean that you can not only have cute small talk in the whole valley, but sometimes also very in-depth conversations. If you are not cooking, crafting or participating in cute city festivals, you will also reveal one or the other profound secret of the population.

Your personal little idyll is waiting in the Sternentau valley

Into the sandpit – Stardew Valley is available on Steam, for example

This sandbox game literally throws you into the deep end. On a strange planet, you dive deep into a diverse, but equally threatening underwater world, in which numerous achievements as well as dangers lurk in the depths. There you set up a base, look for new blueprints to assemble and try not to be caught by aggressive sea creatures like the reapers or the phantoms. In addition to story elements, you have an overwhelming, expansive water world to explore. In the game’s creative mode, not even your feeling of hunger slows you down, only the nasty critters around you in your creativity. With the standalone add-on Below Zero, which is currently still in Early Access, you can also explore other space waters.

It is beautiful and colorful underwater, but there are also dangers lurking

Into the sandpit – Subnautica is available on Steam, for example

At first glance, Terraria looks quite similar to Starbound and also has a similar principle. However, this is an even bigger blockbuster because Terraria is the top rated and best-selling game on Steam to date. In it you can first assemble a small pixel figure from many design options and then design a randomly generated world according to your wishes. Build your own house in different climates, dig deep and grab every useful item that is not nailed on. Your self-designed world is not empty, however: monsters are just waiting to nibble at you – from skeletons to zombies. The peaceful population, on the other hand, can hardly wait to sell you useful or less useful goods.

You can assemble your dream house in the imaginative pixel world.

Into the sandpit – Terraria is available on Steam, for example

It gets dark in the name of the sandbox survival game The Long Dark. In it you go into an icy, snow-covered wilderness of northern Canada and try to survive there and build a safe base – just you, your scanty equipment and the northern lights against freezing cold, disease, hunger and aggressive predators. The whole thing takes place in a melancholy scene after a geomagnetic storm that has virtually made the power grids cold. You have the choice between a story mode and a real sandbox mode with a free struggle for survival and permadeath. You are asked to collect important equipment, hunt for food, map areas and more in order to arm yourself against the hostile environment. You are free to choose what you do, only death can slow you down.

Canada without electricity, so idyllic – so deadly!

Off to the sandpit – The Long Dark is available on Steam, for example

There were so many distant worlds among the sandbox games, but if you feel like traveling even more through space, then take a look at our best space games. If after the freely configurable sandboxes you are looking for a little more story and mystery, you might find what you are looking for in the best crime games.