The Apple Watch discovers a rare but dangerous tumor 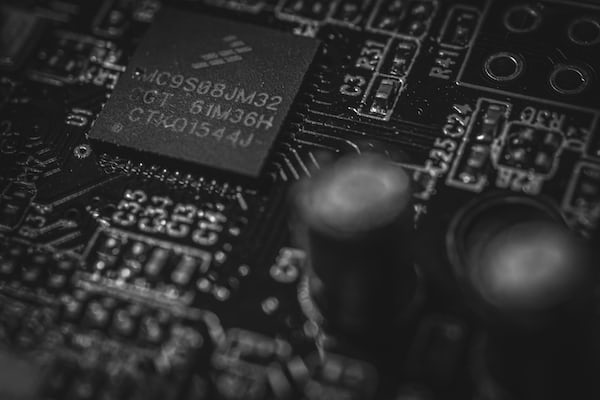 The Apple Watch discovers a rare but dangerous tumor

Regularly, the connected watch from Apple hits the headlines for having saved a person from drowning or for having prevented the future cardiac arrest of its user. A person who feels unwell and falls to the ground will alert the Apple Watch which will, for example, instantly contact the emergency services.

For three nights in a row, she received notifications indicating numbers “a little too high to be comforted”. She went to the hospital where doctors found her to have myxoma, a rare, fast-growing tumor that can restrict blood flow to the heart and lead to a stroke. She went to the operating table and the doctors saved her life.

There is no shortage of life-saving Apple Watch stories. It must be said that the connected watch is a survival kit on its own. When it is not its emergency call functionality that makes it possible to contact the emergency services to get out of trouble, it is its multiple sensors that make it possible to detect an anomaly in the body of its user. The Apple Watch has already made it possible to diagnose a rare heart disease in a 25-year-old young man and, today, it has repeated the feat.

This time, it is a 67-year-old American named Kim who would have passed the gun on the left without her connected watch. It was last May that the latter acquired her Apple Watch, which proved to be particularly annoying the first few days. Indeed, this one wakes her up in the middle of the night, several times, to alert her to her irregular heartbeat. At first incredulous, Kim finally decides to go to the emergency room to check that everything is fine. “On the third night, the numbers were a bit too high to be comfortable,” she explains.

Kim now knows it was the best decision of her life. Indeed, it did not take long for the doctors to find the trace of a myxoma, a tumor as rare as it is serious. Indeed, without any intervention, it would have cut off the heart’s blood supply and caused a serious heart attack in just a few days. However, Kim’s only symptom was her irregular heartbeat.

In other words, without her Apple Watch, she would probably never have known about her condition. On June 27, the surgeons removed the tumor of 4 centimeters. “I consider myself very lucky to be here and talk to you,” Kim said. After 11 days of convalescence in the hospital, Kim is now resting, probably keeping her watch connected to her wrist.

Apple Watch has a number of invaluable health features that have proven to save lives over the years. Now, the most recent example is a powerful story about how Apple Watch’s heart health features can uncover hidden health issues that could prove fatal if left undetected.

In May, Kim Durkee saw warnings from her Apple Watch two nights in a row warning her that her heart was suffering from atrial fibrillation.

At first she thought the laptop was giving read errors, but then she got another warning.

“Night three, the numbers are a little too high for comfort,” Kim said. “Then I said you know what, go to the ER if they tell you it’s nothing to worry about, then throw the watch away. »

In the end, it was indeed atrial fibrillation and the cause was an unknown and aggressive tumor.

“Doctors in Maine quickly confirmed that her heart was beating erratically for a simple and frightening reason. She had myxoma, a rare, fast-growing tumor that choked off her heart’s blood supply and eventually caused a stroke.

Thanks to warnings from the Apple Watch, doctors were able to take him to Massachusetts General Hospital where they removed the deadly tumor during a five-hour open-heart surgery.

Most notably, Durkee had no symptoms other than the atrial fibrillation his Apple Watch caught. The four-centimetre, fast-growing tumor was expected to have “almost certainly” killed her had it not been found.

The 67-year-old said she received an initial notification of atrial fibrillation from her Apple Watch, but did not give weight to it. The same thing happened the following night, then a third time. At that point, the woman thought it was an Apple Watch error, but decided to go to the ER for a checkup anyway.

“On the third night, the numbers got a little too high. Then I thought to myself, you know what I go to the ER and if they tell me it’s nothing to worry about, then I throw this watch away. »

Instead, doctors confirmed there was ongoing atrial fibrillation. Not only that, but the most frightening thing was the cause of this fibrillation: an aggressive and rare tumor that compromised his heart. Specifically, the woman was diagnosed with myxoma, a fast-growing tumor that choked off blood supply to her heart and eventually led to a stroke.

Thanks to the warnings from the Watch, the doctors discovered the problem in time. The woman was then transferred to Massachusetts General Hospital, where surgeons removed the tumor during a five-hour open-heart surgery.

Apart from the atrial fibrillation detected by the Apple Watch, Kim Durkee did not notice any other symptoms. The tumor, however, was 4 centimeters in diameter and growing rapidly, so much so that doctors confirmed it probably wouldn’t have grown within weeks.

The woman changed her mind about her Apple Watch: “It saved my life and now I recommend it to everyone I know. »