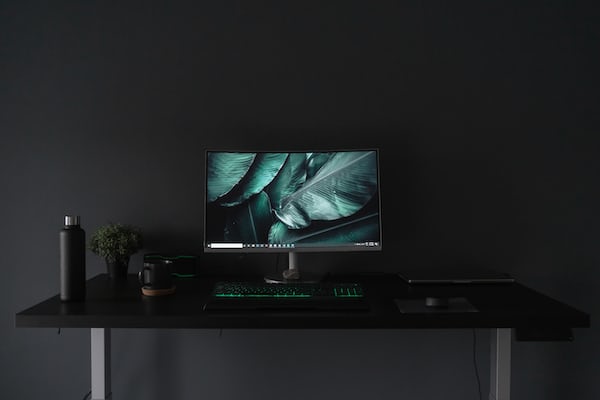 eBay turns 25 and to celebrate it launched the P5GRACIAS coupon, which gives 5% back on the value indicated on a selection of products. If we take into account the fact that some products are top and that they already had an attractive price, we find this: Best eBay Deals for 25th Anniversary.

How to use eBay coupon P5 THANK YOU

First of all, the conditions of the promo: use of coupon P5 THANKS during the purchase process, we can benefit from a 5% reduction on the indicated price up to a maximum of 50 euros on a selection of products.

In addition, there is no minimum charge, but you can only use it once and will need to pay with PayPal or by credit card.

You can complete the transaction from the web via mobile phones, tablets or computers, as well as from the app.

If you expected this the little apple is out of the psychological barrier of 400 euros without leaving Spain, on eBay you have it for 398 euros using P5 THANKS, almost 100 euros less than its recommended retail price. With two years warranty.

IPhone 11 core, iPhone 8 aesthetic: iPhone SE (2020) stood out in our analysis for the experience it offers in terms of performance in these dimensions, the functionality of Touch ID and screen performance although it has this slightly anachronistic design with edges.

Use coupon P5 THANKS and pay 159 euros in the global version, more than 20 euros in savings compared to stores like Amazon. With two years warranty and invoice. A very attractive terminal in terms of price below 200 euros.

In the analysis of the Redmi Note 9S we liked its autonomy of two days, the result of the screen and the results of its camera if it accompanies the lighting.

A good deal if you are looking for a smartphone for social media, messaging and anything else, for example for parents or for someone who makes simple use, it is also the model with the most capacity. It usually costs a little less than 200 euros, but with P5 THANKS it remains at 142 euros. Two year warranty and invoice, shipping from Spain.

In our analysis of the Xiaomi Redmi Note 9 we highlight its great autonomy of two days thanks to its m5020 mAh battery.

It is usually around 100 euros in other stores, but using the coupon it remains at 80 euros with invoice and two years warranty. It is true that a few days ago we saw it for 50 euros on Amazon, but it’s still a good price.

Sports-oriented Xiaomi ecosystem smartwatch, both aesthetically and in terms of performance. It has a 1.3 “AMOLED panel with Corning Gorilla Glass, with seven different sport modes, integrates GPS + GLONASS satellite positioning and its theoretical autonomy exceeds 20 days.

Do you want a tablet the size for watching TV shows and videos or surfing the Internet? The Samsung Galaxy Tab A 10.1 2019 is so cheap: P5 use THANKS and you pay 160 euros for the simpler 32GB version. Two-year warranty and invoice

When we tested the Samsung Galaxy Tab A 10.1 from 2019, we highlighted the quality of its display and sound, especially when you take into account what price bracket it is in. Its high-end design with a metal frame is also striking. Good performance as a simple family-oriented tablet (and with parental mode!)

Great opportunity to get your hands on the best Apple headphones at a minimum price from Spain: the AirPods Pro, which barely fall below 200 euros, for 189 euros.

The AirPods Pro come with a new design and most importantly, wonderful active noise cancellation technology (in our experience). Like the “non-pro” version, they are resistant to water and sweat, they integrate the H1 chip and the “Hey Siri” function

Don’t need the Pro’s noise cancellation? Well, AirPods with a Lightning charging case are also quite affordable: 113 euros with P5 THANKS. They are sent from Spain by a seller with over 98% positive votes in their over 3,000 transactions.

The latest generation of AirPods maintains the aesthetic, but slightly improves battery life and connectivity. They come with the H1 chip and offer hands-free Siri support.

Very brutal the price at which the MacBook Air 2020 remains, which has a suggested retail price of 1199 euros and which is difficult to see at nearly a thousand euros: use P5 THANKS and paying 949 euros, it is the most basic version with 256 GB of capacity, 8 GB of RAM and a tenth generation Intel Core i3 processor at 1.1 GHz with an invoice and a two-year warranty.

The Apple ultrabook stands out for its quality panel with a 13.3 “Retina display with True Tone. The best? Its autonomy and lightness: more than 12 hours without going through the grip and 1.29 kg of weight with premium finishes and the new Magic Keyboard.

Too lightweight for use on the go but outside of the Apple ecosystem, with a beautiful and much more powerful setup This is the Asus Zenbook 14 BX431FA-AM198T, for 939 euros with the coupon. With invoice and two-year warranty.

Vocation for productivity indoors and out: High-end design with special hinge for a more comfortable posture, 14 inch screen with star edge and hardware eye: Intel Core i7-10510U, 16 GB of RAM and 512 GB SSD. 1, 45 kg of weight and Windows 10 as standard.

Do you want a cheap and smooth laptop for office work and surfing the Internet? With P5 THANKS This model is a good deal: the HP 250 G7 197P4EA for 389 euros, this same model with Windows 10 installed (in this case it comes with FreeDos) is close to 500 euros at Media Markt. With 2 year warranty and invoice.

A fairly simple and unpretentious design with a 15.6 “panel that remains in HD resolution, stands out for its Core i3-1005G1 processor, 8 GB of RAM and 256 GB SSD.

This eBay anniversary presents some “Caramelito” in the mid-range of smart TVs like this 2020 model: This year’s Samsung QE55Q70T with a QLED panel remains at 759 euros, be careful because in other stores it exceeds 900 euros.

With a 55 “VA panel with Edge LED backlighting, HDR10, HDR10 +, HLG and Quantum HDR modes, Tizen 5.5 is the operating system for series and movies.

What do you want for the game? Be careful because it comes with HDMI 2.1 to take advantage of the latest generation consoles, automatic low latency mode.

It also implements branded technologies such as Press Show To launch content from your mobile, the One Remote Control.

From the official 449 euros for the Xiaomi Mi TV 4S, it goes down to 369 euros with P5 THANKS, almost 100 euros less. Shipped from Spain, two-year warranty and invoice.

The Xiaomi Mi TV 4S stands out for its good relationship between performance and cost, being an entry-level smart TV. With a 55 ”IPS panel with 4K resolution, it comes with Chromecast built-in and Android TV 9.0 as the operating system. In the Xiaomi Mi TV 4S review we highlight its attractive design, the fluidity of its operating system and its good performance with cinema and games.

Large diagonal, top notch brand and great price: 585 euros with P5 THANKS, with shipping from Spain and a two-year warranty.

Simple smart TV from last year whose strong point is its 65 “diagonal and the speed of WebOS as an operating system. With IPS panel with direct LED backlight and HDR10 and HLG modes.

Another very well priced TV is this Samsung UE43TU7072, also from a big brand and also this year. Normally it costs more than 300 euros, but with P5 THANKS it remains at 294 euros. 43 ”VA panel entry range with HDR10 + and the intuitive Tizen 5.0 operating system.

Ideal gift for fans of more popular battle royale: the most complete Switch on the market in an exclusive Fortnite edition. Normally this console costs around 320 to 330 euros, but with P5 THANKS you will pay 303 euros. It comes with Fortnite installed and the download code for the Wild Cat bundle. The best? Its versatility and the catalog of games of the Japanese firm.

Do you want a simple robot vacuum that performs well and that you can control from your mobile? The Roomba 676 for 189 euros with P5 THANKS.

With random navigation but with the refined iRobot algorithm to optimize the route, an intuitive mobile application to launch or program it. Its autonomy is one hour according to the manufacturer

At SamaGame Selección, we publish the best technology, IT and electronics deals from leading internet companies. Prices and availability may vary after posting