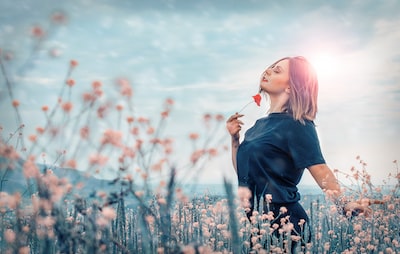 The best free themes for MIUI 12

The best free themes for MIUI 12

MIUI 12 It’s already traveling the world aboard different phones in what is, of course, its first round of updates. The latest version of the Xiaomi layer doesn’t necessarily result in a change in the operating system, although it does with the arrival of Android 11, but it does bring its internal improvements to the devices that mount it.

One of the hallmarks of MIUI is its great capacity for customization, and we have it thanks to its themes. Some topics that were originally intended only for ROMs from China but ended up becoming international and that obviously we also did the MIUI 12 tour. We are going to make a selection of what we think are best free themes for MIUI 12and they’re all easily located in the Themes app.

We can start this selection of the best themes with Morphing, a theme that in the mentioned version, 12, fits like a ring with MIUI 12 dark mode both in the conformation of the desktop, giving the ionos a dark edge, as in the quick settings and configuration of the phone. The typography he uses is a delight and you will surely appreciate it.

Another perfect theme if you like to have dark mode enabled all the time on your phone. Attractive, transparent wallpaper, custom icons that extend the experience of green and purple gradients and lights, and a quick settings panel has turned gray that you might like. As in the case of Morphing, Chip V12 is quickly located in the Themes app with a simple search.

We change the third a little and we abandon the dark colors to go to the opposite side, to the explosion of color. Of course, controlled and tasteful colors like those brought to us by Colorful Place, one of the most attractive themes which we now find for MIUI 12. The background looks great to you in the style of icons, and as soon as we set up the home screen well, it can be spectacular. You have it completely free in the Themes app.

Once again a theme full of colors although the main role is not won here by the icons but a really delicious wallpaper, with a rain of shooting stars against the light in greenish tones, all over a forest. One of those backgrounds that you can watch non-stop, and again on board a free theme that you have in the MIUI 12 Themes app.

Another colorful theme, although we are already talking about more aggressive shades here that are already noticed once we see the desktop background and the lock screen, with orange tones that fade into black. Round icons and high contrast theme which can be appreciated by many and which, being free and easily found in the Themes store, is worth trying. Without a doubt.

Before we wrap up with a new dark theme, here we leave the ZERO aesthetic to you. Another theme more designed by Rafael Henrique, who has a gallery of more than interesting designs, and a style similar to that offered by Colorful Place, with a blurred background and an abundance of light colors. It’s worth taking a look and trying it out for a while. It’s in the Themes store, it’s easy to locate.

And of course, in the Themes store we also find emulators for other operating systems. Only in appearance, logically, but this iOS 14.1 leaves little doubt what you’re looking for, and you get it in a way. We install it and our Xiaomi practically becomes an iPhone, with the same style of office building, the same style of icons and a quick setting slider that surprises with its similarity with that of Apple’s operating system. Once again, a free and easily spotted theme.

To say Thanks for this article please Share it