The influences of samurai cinema in Ghost of Tsushima 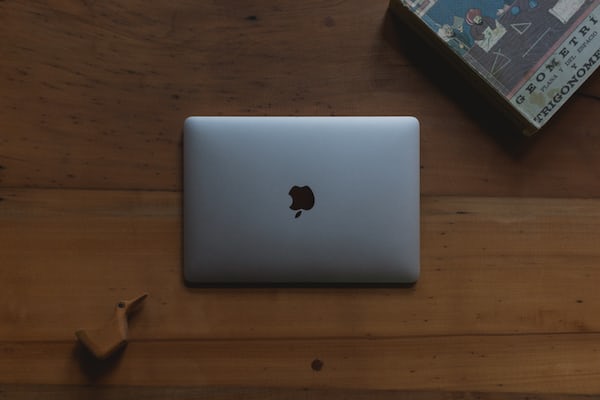 The influences of samurai cinema in Ghost of Tsushima

Ghost of Tsushima is truly an exciting game for those who are fascinated with Japanese culture, especially with the mythical samurai warriors, who were governed by a code of honor and respect. Sucker Punch was strongly inspired by these warriors to create Ghost of Tsushima, their latest game, just as it was inspired by the beautiful island of Tsushima, in Japan, as a way to condense all its charm for that country. However, there is a feature of Ghost of Tsushima that is one of its most striking.

Ghost of Tsushima was highly influenced by samurai cinema, especially by master Akira Kurosawa and you are a big fan of samurai, you certainly had your period when you fervently consumed Japanese films, especially the works of Kurosawa. The mythical Japanese director is responsible for striking films, which have persisted over the decades, thanks to a style that makes even the most banal of scenes special. Whether for theatricality, play of light and shadow, later with the addition of color, the facial expressions of its characters, framing of scenes or even for the dilemmas that it explores in narratives that branch beyond what is on the surface, there are a lot to appreciate in the works of Kurosawa.

I remember that Onimusha’s arrival in stores encouraged me to explore samurai cinema to keep that passion alive and on my Kurosawa circuit, centered on samurai films, I started almost naturally with “Seven Samurai”, one of his most acclaimed films. With this sensational work, I discovered the actor Toshiro Mifune, who with his breathtaking performances won the right to star in numerous Kurosawa films. Focused on this “duo”, I watched films like “Yojimbo”, “The Hidden Fortress”, “Sanjuro”, Throne of Blood “,” Red Beard “and others, without forgetting others like” Ran “.

I am not going to talk here about how fascinating these Kurosawa films are and how it became a reference, but the truth is that after watching your films, I was always in the mood to have an open world action adventure game with samurai. A game more ambitious than Onimusha could be, which even made me explore series like Dynasty Warriors and Samurai Warriors to try to fulfill that desire. Of course I couldn’t be further from the target, but as soon as I played Ghost of Tsushima, I realized that the moment had come.

It is easy to play Ghost of Tsushima and feel that we are facing a kind of “Akira Kurosawa: The Videogame” and that goes far beyond the Kurosawa filter or the ability to play it in black and white. This feeling comes from the methodology used by Sucker Punch, which advances the same films I watched as one of the main influences for your game.

“There are scenes and activities that recall moments from the most iconic samurai films”.

From the script in the main narrative to the optional tales and tasks you can perform in Ghost of Tsushima, there is a lot of samurai cinema in your pores. At any time, while riding in the midst of the flowers that wave with the guiding wind, you can find an unexpected moment that brings you back to the samurai films. From the first moments you can see the influences of Akira Kurosawa in this work by Sucker Punch, either in the way the camera is positioned in the initial sequence or in the speech that starts the battle.

Ghost of Tsushima starts with pomp and circumstance, it starts with a moment that wants to make you shiver, which shows a large-scale confrontation in which a huge invading army will have to be defeated by a small group of samurai. It is a kind of “Battle of the Thermopylae”, in which your Jin Sakai assumes the role of King Leonidas I to try to stop the Mongols. There is a certain drama and exaggeration here that does not seem to fit in fully with what the gameplay itself allows, but the first strokes of the narrative are made with a method that will be familiar to those who have fallen in love with samurai cinema.

It is a little difficult to approach this theme and this influence without delving into historical events that take place at a more advanced stage, but I will focus on the initial phase of the game and the moments that free exploration allows. Ghost of Tsushima does not tie you down and lets you freely explore your game world, which will allow my journey in the game to be totally different from yours, that you unlock things first than me. There is no wrong way to play it, there is no ideal way for the handlebar wind. There is only your curiosity to indulge and poetic landscapes to absorb.

However, while exploring this reduced version of the island of Tsushima, you will encounter random situations, optional tales as mentioned above and places to release from the clutches of the invaders. It is in these moments that you will find even more the effect of Kurosawa on the team responsible for the game. That initial scene in which Yuna acts with enormous theatricality to appear helpless before the Mongolian soldier is a good indication, the exaggeration and facial expressiveness that characterizes Kurosawa’s films are very present here, the overwhelming majority through the support cast and not exactly through Jin Sakai.

While exploring Tsushima, I came across situations that often seemed to pay homage directly to the films of Japanese masters. Whether through the villages or settlements that you have to liberate, that originate dialogues that may make you think of “Seven Samurai” or in the way that Yoshimbo by Toshiro Mifune seems to have been the basis of some optional activities and fighting, it is easy for in love with samurai cinema to be surrendered to Ghost of Tsushima.

You will be in tune with Sucker Punch and receptive to their messages, appreciative of their influences and will pay more attention to certain poses, speeches, cinematic framing, lighting and even try to position the camera to make any duel more intense. I believe that Ghost of Tsushima allows you to become a samurai film director, giving the feeling that no scene, no second of exploring the open world disappoints, you just need to look for the right frame.

“The silence before the storm. The pauses that anticipate the duels and the comments themselves are constant reflections of what the samurai cinema teaches us”.

However, more than the scenes or the way the camera is positioned, without forgetting of course some situations throughout the gameplay itself, it is the characters and the way they are captured by the “lens” of Sucker Punch that continue to fascinate me . There are several subtle tributes to samurai cinema and if you look for those films, I believe you will begin to feel the ways in which Ghost of Tsushima bears these influences.

The most important is how the gameplay based on a minimalist and free methodology is enhanced with this influence in samurai cinema. Being a game that takes place in Feudal Japan, it seems almost obvious that Sucker Punch would have to pursue these works to gain greater knowledge of how to express their visual messages, but I don’t think it was as obvious as that. The inspirations could be different, but I am grateful that these were.