SamaGame > iPhone > The iPhone 12 Pro Max sells almost 8 times more than the iPhone 12 mini in its first week in the US, according to Flurry 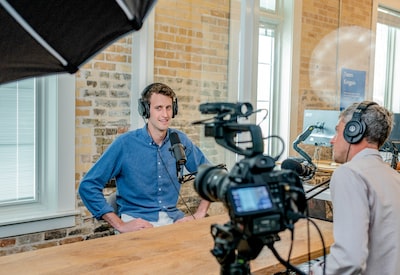 The iPhone 12 Pro Max sells almost 8 times more than the iPhone 12 mini in its first week in the US, according to Flurry

The iPhone 12 Pro Max sells almost 8 times more than the iPhone 12 mini in its first week in the US, according to Flurry

As every year, we already have a new analysis of how the performance of the new iPhone 12 has been in the market. And this last one from Flurry gives us very interesting data, where he highlights two things: the good performance of the iPhone 12 Pro Max and the, say, disappointing role of the iPhone 12 mini. Both terminals are the heads and tails of the same launch, which also occurred in similar circumstances.

iPhone 12 Pro Max and iPhone 12 mini: heads and tails of the same launch

Flurry’s study focuses on the week that immediately follow the launch of each model. Although it is focused on the US and that it is a unique country due to its high penetration of iPhone, it can help us to obtain certain conclusions about the new iPhone 12. Of course, we must indicate that the figures obtained by the analytics firm It is based on the use of its tools in more than 1 million apps installed on 2 billion devices around the world.

That park is quite large and we can rely on the data a lot (it is the same firm that “snitched” the launch of the original iPad). Although yes, the true data is only known by Apple. With that said, let’s move on to analyze the study.

Here we see represented the weight of each generation with respect to the total installed base, during its first 7 days of sales in the country. Naked eye, we can draw quite a few conclusions of this graph. Among them, the following:

What is clear is that the iPhone 12 Pro Max eHe’s the king of pitches of the last three years. Interestingly, the iPhone 12 mini is the one with the worst adoption, against all odds. And both cases happen in the same generation (the second worst performing iPhone has been the iPhone 11 Pro).

Due to the staggered launch of the iPhone 12, this chart eliminates that factor by focusing only on the first week of sales in the US.

Here we must take two things into consideration. The first is that in the first days and weeks The sales of those users most predisposed to buying new products are concentrated, the so-called early adopters. It makes some sense that they are the ones to orbit close to the more advanced models, like the iPhone 12 Pro Max.

Second, and related to the above, it is quite possible that the iPhone 12 mini will be better received as the year progresses. Users further away from early adopters will start buying it, although it does not seem that there will be a capsize. As indicated in Flurry, the mini in the end is 300 dollars more expensive than an iPhone SE and only separates it 100 dollars from an iPhone 12 with a bigger screen and battery. An explanation that is not without reason.

How is the iPhone installed base in the US?

This graph represents the iPhone installed base in the US. Here we can see the iPhones released this year in green, including the iPhone SE. In dark blue we see the iPhone 11 of last year and in light blue, the rest of the models.

Here we see again how, despite being released at the same time, iPhone 12 Pro Max beats the iPhone 12 mini several times. And it almost matches the iPhone 12 and iPhone 12 Pro, released several weeks earlier. The data seem to indicate that the public is beginning to move towards iPhone models with a larger screen diagonal.

Something that is highlighted if we see the order of most popular models from last year. The iPhone 11 leads the ranking, doubling the iPhone 11 Pro Max, which in turn duplicates the iPhone 11 Pro. In other words, the installed base order is 6.1 inches first, 6.5 inches next, and 5.8 inches last.

Of course, if we accept this study, Apple will be very happy with the progress of this new generation of iPhone. Its impact on results We’ll see that when the quarter closes and the company holds its shareholders conference at the end of January next year.