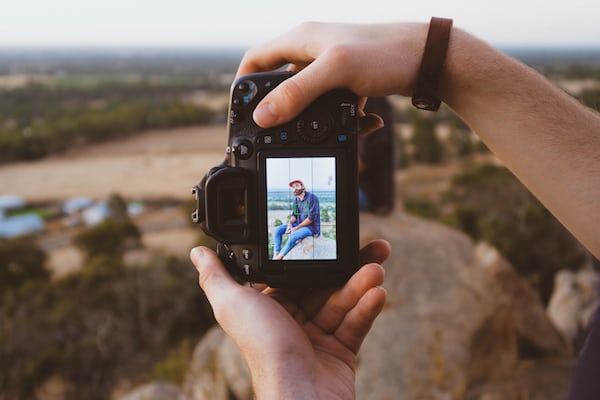 13-inch MacBook Pro M2 laptops with 256GB of storage were found to be slower at transferring files than Apple‘s older configurations with an M1 SoC.

When you buy a 13-inch MacBook Pro M2 laptop, you have several storage capacities to choose from: 256 GB, 512 GB, 1 TB and 2 GB. But if you go for the 256 GB version, you may have transfer speeds lower than those offered by the 13-inch MacBook Pro M1, at the same capacity.

The results show a decrease especially in reading, but also in writing, to a lesser extent.

This means that the M1 models have a function of reading or writing on both chips at the same time, the equivalent of Raid 0, to increase performance. It’s possible that, a victim of component shortages, Apple couldn’t access 128GB chips for its 256GB M2 model and had to opt for a 256GB circuit instead.

When you buy the latest MacBook, you expect the computer to be better than the previous version, at least in some respects, but not worse. However, this is what several youtubers have observed, showing that the basic SSD of the MacBook Pro M2 is slower than that of the basic MacBook Pro M1.

THE LATEST MACBOOK PRO’S SSD IS SLOWER THAN BEFORE

Youtubers Max Tech and Created Tech ran speed tests on the 256GB SSD that comes standard in the MacBook Pro M2. Using Blackmagic’s Disk Speed ​​Test software, they found that “SSD read speeds are about 50% slower than the MacBook Pro M1 with 256GB of storage. Write speeds would be around 30% slower.” This gives read and write speeds that are 1450 MB/s.

However, this is not the case with the other capacities of the storage medium. Another Youtuber tested the M2 model with 512 GB of storage and found similar speeds to the M1 model. Likewise, for the 1 TB versions for which several testers did not notice anything alarming.

WHY IS THE MACBOOK PRO M2 SLOWER THAN THE M1?

Max Tech disassembled a 13-inch MacBook Pro M2 to learn more. He discovered “that Apple uses only one NAND flash storage chip.” However, the M1 version uses two 128 GB chips, which means that these two chips can work simultaneously, and therefore give better velocity performance.

Among the reasons that can be given to explain this difference, there are costs and supply constraints. This could be linked to the lockdowns in China due to Covid-19, which have led to factory closures and production delays. The problem is that this is passed on to customers, the difference between the smallest 256 GB SSD and the second smallest 512 GB, there is still 230 euros difference.

This is one of the surprises and curiosities of the new MacBook Pro M2, its entry-level version offers an SSD that is much slower than its predecessor and than on the first M1s..

Between the M1 and the M2, this gives write performance down by 44% and read performance by around 30%. This is not an isolated observation, the tests that have been carried out on this configuration all point in the same direction. We’d be back on our feet from an M2 configuration with 512 GB. It’s not unusual for larger SSDs to have better performance — we’ve seen this often in the past at Apple — but in any case it there is an unfavorable gap between these two generations on the entry level.

This could be explained by Apple’s choice to use a single 256 GB component on the M2 instead of 2×128 GB on the M1, as these two internal photos show.

On the M2, one of the two previously exploited slots is left empty and only one component is soldered. Instead of having two storage spaces managed independently and in parallel, the system uses only one, with the key to more bottlenecks during read/write tasks.

On the reason for this provision, perhaps it is economic criteria – since it only affects the model Apple’s mixed reality headset could be equipped with an M2 chip

In early June, the tech giant held WWDC 2022 and it took the opportunity to announce its new M2 chip. Apple’s goal is refinement and efficiency but not too much innovation. Also, during the conference, Apple made no mention of the mixed reality headset and its realityOS operating system.

Apple’s long-awaited headset is said to feature an M1 chip and a low-end processor designed to handle data from the device’s sensors. Since the helmet has already taken , it is quite possible that the Cupertino company will go directly to the M2 chip. In addition, this one would offer an 18% faster CPU and a 35% faster GPU compared to the old M1 chip.

There is growing evidence that Apple will soon announce its mixed reality headset. By the way, there are signs that the headset would be officially launched in January 2023. It looks like Apple’s board got a chance to try out the headset in May. And realityOS, the operating system the headset would use, also appeared in Apple’s code and in a trademark application likely by the company.

Apple CEO Tim Cook all but confirmed the headset’s existence when he made a statement to reporters saying, “Stay tuned and you’ll see what we have to offer in the field. of mixed reality.

Will Apple’s AR/VR headset also use the M2 chip?

We have known for a few years that Apple has been developing a virtual reality and augmented reality headset. Although the firm tries to keep its secrets, many leaks have already circulated on the web, not to mention the fact that it has made many acquisitions related to the field of AR / VR. Moreover, Tim Cook, CEO of the company, does not hide his interest in these technologies.

In the meantime, new rumors arrive every week, letting us know more about Apple’s virtual reality and augmented reality headset. Previously, sources had indicated that the headset should work on its own using its own processor, so it wouldn’t need the computing power of a Mac or iPhone to work.