The most revolutionary devices that Apple has presented in its history 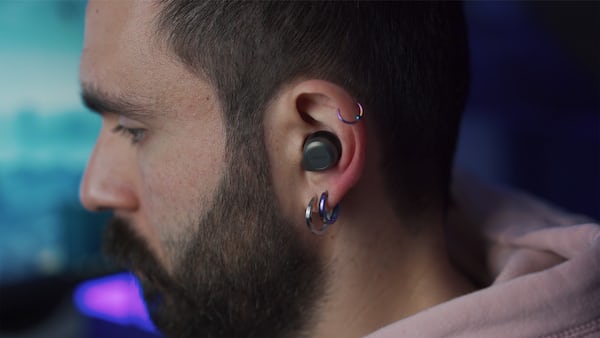 The most revolutionary devices that Apple has presented in its history

Apple was founded in 1976 by three friends, although only two have gone down in history. From that moment until now, more than 40 years have passed, and dozens of devices. Many of them weren’t very relevant, but there are a handful that made a real revolution.

The most important Apple devices

Apple is a company with a long history that has been able to revolutionize different markets. During the early years, Apple changed the market for personal computers with different devices and innovations.

Analyzing the more than 40 years of Apple’s history, we find a very long list of devices, but there are 12 that forever changed the company and the market. These are the best and most revolutionary products that Apple has created.

The first computer Apple created was the Apple I, however it was an assembled circuit board that lacked basic features such as a keyboard, monitor, or even a case. The Apple II can really be considered as Apple’s first serious computer.

The Apple II was the first computer that gave families a reason to buy it. It was the first to run VisiCalc, a spreadsheet program that brought the office home. Without a doubt one of the most important devices in the history of Apple. He grew the company toward bigger goals.

The first computer in the world to use a graphical user interface was the Apple Lisa, but it had a lot of problems for its price. Therefore, the Macintosh is the first successful computer with this type of interface.

Up to this point, using a computer meant entering commands on the screen to receive responses, the Macintosh forever changed the use of computers and brought them closer to a more massive audience.

Jobs and various Apple employees visited Xerox PARC in December 1979 to see a Xerox Alto demo. Xerox granted them three days access to PARC facilities in exchange for the option to buy 100,000 shares of the company, today they would be worth more than 6 million dollars after the adjustments.

Jobs left there convinced that the future of computers was about graphical user interfaces to be controlled with a mouse. After problems with the Apple Lisa project, Jobs came to the Macintosh project and the computer was introduced in 1984 along with its famous advertisement.

The Macintosh is so important to Apple that his name is still present on today’s computers, Mac is an abbreviation for Macintosh and all are based on that user interface.

The Apple Newton and his pencil

An out of date device. Also called MessagePad, it was one of the first PDAs with handwriting recognition capability and the predecessor of the current iPhone and iPad.

The Newton had an ARM processor, like the iPhone, iPad and the new Macs, and had several pre-installed applications. We had an app Notes, Calendar, Contacts, Calculator, or Unit Conversers. A device that failed due to its early arrival in a market that was not ready, but that does not stop being revolutionary.

Different colors of the original iMac

Jobs returned to Apple in 1997 and drastically changed the company. From its great changes was born in iMac, the the company’s new all-in-one computer It looked like a revamped version of the Macintosh. With a very curious and colorful design, the iMac made Apple take off again.

East iMac was designed by Jonathan Ive’s design team, responsible for Apple’s most iconic designs. The iMac sold nearly 800,000 units in its first five months, a success that served as the foundation for the Apple we all know.

Apple iBook, the iMac made portable

The iBook was the first laptop in history that could connect to wireless networks. Steve Jobs’ demonstration at his presentation is one of the most memorable in history.

This device was based on the iMac that had been so popular on the market. His goal was a youth audience and was a real bestseller, laying the foundations of what we know today as MacBook Air.

iTunes revolutionized the music market. Against the whole industry, Apple launched the first online song store in early 2001, selling songs individually for just $ 0.99. You have to put it into perspective that in the early 2000s music was sold on CDs and there was a lot of piracy in mp3 form.

Manzana forever changed this industry with an exclusive store, which also synchronized with the next great device they were preparing: the iPod. The iTunes store has evolved a lot since then to sell movies and series.

Without iTunes, platforms like Spotify, Apple Music or Netflix would have had it much more difficult to grow.

Apple’s great first leap out of the computer industry has been one of the most successful in history. The existing music players were “Big and clunky or small and useless, with user interfaces that were unbelievably horrible”, so Jobs decided to create his own player.

Few believed in the iPod at the time, but it was a device that changed Apple and the industry. Was the best selling music player for over a decade And it did something very important: Apple reached a large number of users who had never owned a device from the company. The ecosystem was beginning to expand.

The most important device in the history of Apple. The iPhone was a revolution in the world of mobile telephony even more important than the iPod in the music market. It forever changed the market in such a way that the companies that led it at that time have now practically disappeared.

Nokia, Motorola or Microsoft with Windows mobile were the kings of the market and they did not know how to react to the iPhone, and we see where they are now. Apple knew how to see something more than the rest, it was not only the device, the operating system was equally important. And that’s something that Apple perfectly captured on the iPhone.

The design of the iPhone is so iconic that now that nearly 14 years have passed since its launch, it continues being the design that smartphones use right now. Yes, they are larger and the screens snap to the edges, but they are all based on the original iPhone.

The iPad is another of those key Apple devices. In this case, there were tablets on the market, but none were intended for ordinary usersThey all had more professional uses, and also made it quite slow.

The iPad changed the market by positioning itself as a real alternative to computers. Many users started using their iPad to send and check their email, surf the internet, and use hundreds of apps.

The iPad has evolved a lot and now we serve very advanced devices with more professional aspirations. It is the leading tablet on the market.

One of the latest Apple devices that have revolutionized the market, it came a little late, but it did it like no other. Is he world’s best selling smartwatch and over time it becomes an even more interesting device.

The Apple Watch is revolutionizing the personal health market, they are countless lives saved by detecting disease with its sensors. It is the best watch on the market since its launch and the revolution continues.

And when we thought there were no new markets, Apple launched the AirPods and revolutionized the wireless headphone market. More AirPods are sold each month than the previous month and Apple has managed to make them work in an incredible way, experience of use above all.

Now all major tech brands have their own wireless earbuds similar to AirPods, Apple has pulled out of its sleeve a new market that everyone is taking advantage of.

It is true that this is yet to be seen, but it points to a new revolution. Apple has jumped into the pool creating a new special processor for your Macs and it will replace Intel throughout its range. Few were betting on Apple when it announced this change, and the arrival of the new Macs has shown that it is the right way.

We are at the beginning of a true revolution that could change the computer market completely. Apple is the first to decide to take this step, something that is usually common, but many other brands could follow this path. It is something that has already happened in the past.

Know more: Inside Steve Jobs was the future of computers