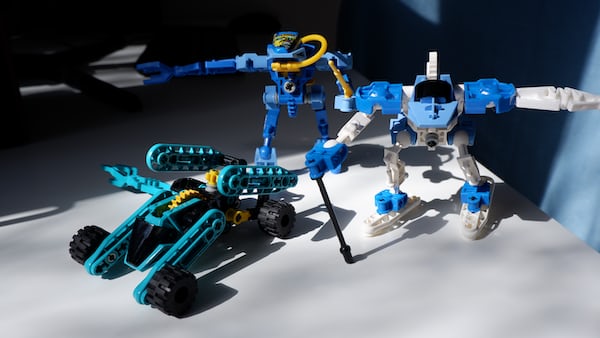 The Walking Dead universe entered the entertainment world like a hurricane, and has swept a mix of positive and negative reviews all over the world, regardless of the format, whether comic, TV series or video games. In the case of the TV series, support has come a lot from the audience, creating a legion of fans. Personally, the TV series is a mix of frustration and addiction, something incomprehensible, as I often find myself saying, “I will never see it again”, but deep down I want to know everything. It is a strange feeling that is shared by many other viewers.

As for video games, under the Telltale Games studio, it’s quite another story. After having devoured the first season in a straight line, Clementine became one of my favorite characters in video games, and it is strange because we play little with her, or with any other character. This is one of the huge problems of The Walking Dead – Season 2, little or nothing is a video game.

In the first season, the gameplay options were few, but we always had some small puzzles, doing this and that. In The Walking Dead – Season 2 I found myself sitting watching a TV series, and just loading with the direct hand in X, Square and Circle (PS4 version). It is true that the story holds the viewer, but did they not go too far? For this reason, I was faced with a huge dilemma. How will I rate The Walking Dead – Season 2? A video game? An interactive story?

After the events of the first season (they have to play to be able to enjoy everything that the second season brings), Clementine finds herself alone in a hostile world, full of dangers, and I am not just talking about walkers. Walkers are the most common opponents, but not the most complicated to deal with. In fact, in Walking Dead the biggest challenge is in the decisions that we will have to make, rather than what we have to kill. The whole series is a huge drama around the characters. It was like that in comics, it is also in the series and it is just fantastic in Telltale Games video games. History binds us, leads us to moral decisions and transforms the characters in front of us.

Rumor: Most of Telltale’s games were commercial failures

Only Walking Dead and Minecraft Season 1 made a profit.

The Walking Dead – Season 3 will be revealed on Sunday

The Walking Dead: Season 3 confirmed for 2016

More news will appear at the San Diego Comic-Con.

It is sad to see a girl like Clementine having to make such strong and important decisions. It is unfair for a girl to lose her adolescence and jump at the speed of a bullet into adulthood. But the biggest sadness is knowing that I am responsible for this sudden evolution. I know that if she had decided on another path, perhaps, and I say perhaps because I do not know what is on the other side of the story, she was more cherished, and did not have so many responsibilities on her shoulders. Clementine should never have killed anyone, let alone be the most important person in this whole story.

“History binds us, leads us to moral decisions and transforms the characters in front of us.”

In all Walking Dead universes the main objective is individual survival and after the group, whoever this is. Here, perhaps, it could include the goal of getting somewhere. It is interesting that we always have a land, a place, a name to hold on to. “We have to get there”, “we have to continue”, “it is not far”, “some more”, are our incentives to continue on the journey. Along the way we will take several punches in the stomach, but with such violence that it makes us sad and depressed because we have chosen badly, or if we can say that there is something bad in this whole story. In this respect, Walking Dead is simply brilliant. The decision that seems to be the ideal quickly turns into something chaotic, uncontrolled, without knowing how to react and decide soon after.

The Telltale Games studio has already accustomed us to genius plots, with super interesting conversations, and with the outcome of the story with little doubt. Of course, there are holes in the plot, something to explain here and there, but we always have the feeling that in the future we will be surprised. Basically, I can say that the friends of today are not really friends in a little while. Everything changes quickly, because in the end what matters is to be alive.

As I mentioned at the beginning, we played very little in The Walking Dead – Season 2. The gameplay is all about walking a few meters, and combing through three or four things in each scenario. Most of the time, QTEs are basic, without any challenge or margin of error. In addition to the QTEs to open this and that, we have the action QTEs, avoid a walker, kill or drop a walker by pointing the weapon or object we have in a predetermined area of ​​the body. And this is it, little more has to be done. The story takes us and not the gameplay.