The Walking Dead: The Final Season – Review – The End of Clem 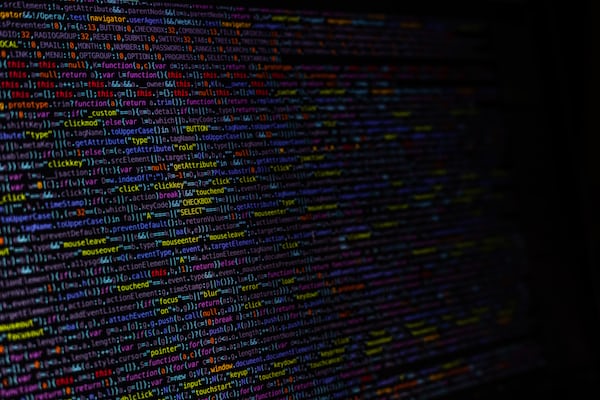 The Walking Dead: The Final Season – Review – The End of Clem

Clementine’s story comes to an end in a “traditional” and predictable way, but it still has an emotional twist.

Notice: This review contains some spoilers for The Walking Dead: The Final Season. If you haven’t played the game yet and if you don’t want to know anything about the story, I advise you to read this review later.

It’s complicated to play The Walking Dead: The Final Season without putting aside all the controversy generated by the closure of Telltale, news that shocked the gaming community last year.

This latest season (more specifically the first two episodes) is all that remains of the studio that, for years, seemed unstoppable, and that only managed to see the light of day thanks to the entry into play of Skybound, the studio of the creator of The Walking Dead, Robert Kirkman. In many ways, it is like being faced with the fall of a giant and, by itself, this makes this experience a little more emotional, the culmination of about 7 years of work.

Fortunately, all the problematic atmosphere that surrounded this game does not seem to have had very severe consequences on the final product – for those who enjoyed the other three seasons, let us know now that the most recent follows the same logic and structure as the previous ones – it is , therefore, an interactive drama in which all your choices will shape the history of the game and the relationships you have with the most diverse characters present in this world, mixed with some sections of more “traditional” gameplay and a series of quick-time -events.

The whole problematic climate that surrounded this game does not seem to have had very severe consequences on the final product.

The most noticeable difference this season is due to the fact that the protagonist, Clementine, is now more adult and, as if the cycle had been completed. It is now her turn to teach AJ, a child who is in charge of her, to survive in this world full of zombies / walkers / wanderers but also Machiavellian humans.

Interestingly, even the new Telltale / Skybound season cannot escape the narrative structure that has permeated The Walking Dead series since the beginning, both on TV and in video games (I admit that I’m not so into comics): the protagonists are looking for a place safe where they can take refuge, find him and settle down, until some villain comes to disturb the peace and start a war, restarting the pattern.

The last season of The Walking Dead is no exception: Clem and AJ take refuge in a school with other humans and everything seems fine until they discover that the school leader exchanges some of its inhabitants for the safety of a rival group, who lives on a boat in the surroundings. This rival group, later in history, invades the school and kidnaps some characters, forcing Clem to devise a plan to rescue them.

It is all already very familiar to those who follow the series.

It is all already very familiar to those who follow the series and, if you were waiting for some revelation or bombastic novelty about this universe, it is with great regret that I tell you that it will not happen – for all intents and purposes, this is the story of Clem and the only objective of this season is to close your journey.

The most interesting part of this whole season is the fact that it consistently goes back to iconic moments from the original Telltale season, constantly emphasizing the change of roles of “teacher” and “apprentice”. Lee himself makes a small cameo in one of the game’s scenes, on a train, inside a Clementine dream, which is still a bit bittersweet. In addition to all this, the main villain of this season is a character we last saw in season 1 – I don’t know if, through your choices, this situation can change but, in any case, it was surprising to see yet another familiar face in these last episodes.

Visually, the game also does not differ from what was presented in previous seasons, maintaining the appearance reminiscent of a comic book and, in addition to the sections more focused on the narrative where you are only responsible for choosing dialogue options, there are others in which you control Clem, with an over-the-shoulder perspective, and that allow you to interact with certain areas of the world, characters and objects. On these specific points, my computer experienced serious problems with regard to the game’s performance, especially at times that involved a large number of zombies or that forced you to aim and shoot, which took me by surprise.

In fact, in episode three, there is a specific moment when you have to approach a boat using zombies as shields; this was one of the most frustrating points in the game that literally ran with the longest bumps I’ve seen in recent times, causing it to die over and over again. These problems are present in the most varied moments of the game but here it was particularly problematic, bordering on the unplayable (I must stress that on a portable computer more than capable of running a game like this and with all the drivers properly installed).

The animations of the characters and the synchronization of the dialogue with the movements of the mouth did not seem as bad as in the past, although they are sometimes noticeable; in any case, this is a much lesser problem when compared to the hiccups that permeated the sections with more action and, on several occasions, I died not because of my fault but because the game was crashing and I was left with no idea what was going on. happen on the screen.

So The Walking Dead: The Final Season is everything you know and you should be waiting for. The general story, in principle, will not change much from person to person, regardless of the choices you make. The real asset of this season is Clementine, the girl that we have seen grow over all these years and who is maturing more and more: she is simultaneously mother, leader and teacher and the game allows you to build a more adult Clem, including establish her sexuality – in my specific case, I fell in love with Violet, showing a facet that I never thought would be inserted in the game.

The real asset of this season is Clementine, the girl we’ve seen growing up over the years.

Either way, The Final Season does what it promises: to close Clem’s story and, for all intents and purposes, do it. In my opinion, it seems more like a “temporary ending” since things in The Walking Dead are never (and I imagine they will never be) peaceful. In addition, we are not only saying goodbye to Clementine but, by extension, to Telltale Games itself – and, despite being far from perfect, it is a consistent farewell.