SamaGame > League > This is why League of Legends: Wild Rift works 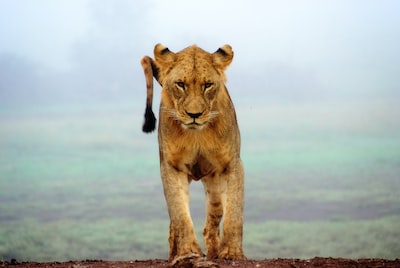 This is why League of Legends: Wild Rift works

This is why League of Legends: Wild Rift works

Converting one of the largest competitive games in the world to pocket size? Countless bad infusions have passed, until developer Riot Games finally took matters into their own hands and brought her goldmine to mobile. This is why League of Legends: Wild Rift does work!

You probably know them: those annoying ads for blurry Chinese mobile games that look suspiciously like League of Legends. Although there is something to be said for people who claim that League of Legends itself is also a clone of DotA 2, the moba of Riot Games has really created something unique over the past eleven years. The game has grown into the most watched eSports title of the past few years on its own and that is worthy of praise. Something you can’t say about the aforementioned rip-offs, which shamelessly seem to copy everything from League of Legends and put their own generic name on it.

Yet the Chinese market is not averse to a game of cutting and pasting work (this is due to the rules on copyrights there) and the number of players of these types of games often run into the millions. Ultimately, this must have been the trigger for Riot Games, developer of the popular League, to finally port their showpiece themselves to the mobile irons. No sooner said than done and League of Legends: Wild Rift is now also a fact in Europe. Whether that works? Short answer: oh yes! Why? I’m going to explain that to you now!

Players of the PC version of League of Legends find themselves in familiar territory when they launch Wild Rift. You just log in with the same account and although it sometimes takes a bit of searching where your Loot page and your Runes are, for example, you can master everything within a few minutes. You also hardly have to worry that you have to learn everything again, because the game is largely the same as its bigger brother. The runes are exactly the same and while some items are built slightly differently (boots in particular), the effects are, for the most part, similar to the PC variant.

What is immediately noticeable when you dive into a game is the difference in pace of the gameplay. Where a jar on the PC takes an average of about thirty minutes, Wild Rift has put the doping needle in it and a jar takes about ten to fifteen minutes on average. This is because earning money is faster than on PC. In Wild Rift, players also receive money when they do not deliver the final blow to a minion, but are simply nearby. In addition, level 15 is the maximum level you can reach compared to level 18 on PC.

The lack of inhibitors in Wild Rift is also noticeable and contributes to the shorter duration of a game. After demolishing the last turret in a lane, you get a big boost in the form of Super Minions and the field is open, after which you as a team only have to turn the opponent’s Nexus upside down.

There is of course a reason to shorten the playing time. It’s done to give casual gamers more access to League of Legends. Not everyone is waiting for one-hour games if you want to play League of Legends quickly while pooping or before dinner. The shorter duration of pots is ideal for the busy bees among us and to be honest, I also catch myself starting a potty before going to sleep.

Those who are not averse to a game of League of Legends know that an age-old saying especially applies to this game: easy to learn, difficult to master. The setup of the game is actually very simple: you choose a cool champion, kill as many opponents as possible and level towers to the ground to eventually flatten the base of your opponents. However, experienced players know that there is so much more to a game of LoL. Think of communication, positioning, timing and division of roles. In League of Legends it’s all in the details and the smallest mistakes can ensure a complete turnaround in the game image at a high level.

How that works on your touchscreen? Surprisingly good, actually. I was very skeptical about performing skillshots properly on a mobile device, because yes, of course, you have a lot more precision with a mouse than with your fat fingers. Riot Games has ensured that Wild Rift reacts very well to the smallest movements and that is a good thing, because as mentioned, the smallest missteps or reactions are essential in a game like League of Legends.

Yet it happened to me a few times that I clicked completely wrong, so your ultimate ability is hopelessly lost on a small minion or unceremoniously shot the other side of the map. There is certainly room for improvement, but it could also just be that I just have to buy an (even) bigger phone.

Smoothly on the Rift

Speaking of that phone, I have quite a basic Android device, but Wild Rift runs surprisingly smoothly on it. Thanks to an fps meter at the top of the screen, your frames per second are tracked and with me the counter has always remained at 30 fps until now. That doesn’t sound very exciting, but I honestly expected that Wild Rift could ask a lot of the lesser phones on the market, but so far I have been proven wrong.

It should be clear that Wild Rift is more aimed at casual gamers. In this case, that has no negative connotation at all, precisely because the original League of Legends is quite hardcore when you fully devote yourself to it. Wild Rift does not so much lower the threshold to join, but the threshold to participate in fun and learn in a casual way.

Wild Rift certainly has flaws that have been ironed out in the PC version (think of selecting your role before a game starts, or the clumsy pings that sometimes make communication difficult), but it does what it should and just plays very nicely as a snack on a busy working day. Wild Rift will get the necessary tweaks in the near future, especially when you consider that there is also a version for consoles in the pipeline. Until then, I have a lot of fun with Wild Rift. It is a balanced alternative to the PC version and for me personally it is actually the only mobile game that I run regularly.