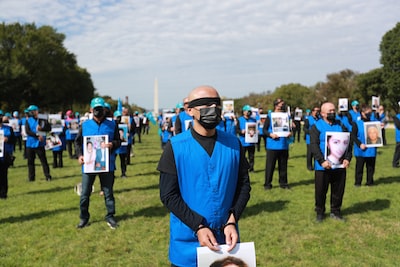 THQ Nordic is still on a shopping spree. The latest additions to the now very lavishly stocked brand catalog: Timesplitters and Second Sight. The company announced this today on its website.

With this one could finally breathe new life into the Timesplitters series, which has been thoroughly shaken up over the past decade. From 2000 to 2005 developer Free Radical Design published three parts of the weird shooter series, which did credit to the name of the studio with their crazy humor and self-deprecating attitude. Above all, the local multiplayer frenzy are among the best that we have ever been able to push into our console drives in this area.

This is certainly not a coincidence, after all, numerous employees of the studio were previously employed at Rare, where they worked on … let’s say “iconic” Nintendo 64 shooters, whose numerous qualities included the fabulous multiplayer modes in particular.

Behind the admittedly somewhat generic facade were shooters full of character and cheeky ideas.

Despite very good press coverage and although it would have deserved it, the series was never able to establish itself alongside the greats of the genre. What followed was a period of more lows than highs. After the last part for the time being appeared in 2005 with Future Perfect, Free Radical announced 2007 Timesplitters 4, of which we would never call it “Joa, let’s see what?” got to hear. The fan mod Timesplitters Rewind, announced in 2012 and officially approved, fared not much better either. The shooter, intended as a quasi-sequel, was supposed to be created with the help of some developers of the original games, but never got beyond a bit of reporting and a lot of goodwill.

Meanwhile, Radical also worked on the later discontinued Star Wars Battlefront 3 and released the poor PS3 shooter Haze. These developments eventually forced the studio to file for bankruptcy in 2008. A year later, Crytek bought what was left of the team, so the remaining developers eventually traded as Crytek UK. As part of the “restructuring measures” carried out in 2014, however, the team was passed on again, and finally formed Deep Silver Dambuster, where the mixed homefront: The Revolution was later created. It wasn’t until February of this year that THQ Nordic took over Deep Silver, which brings us to the present and back to Timesplitters.

The stealth shooter Second Sight, however, has had a less turbulent past, which despite its interesting psi-power mechanics never quite got beyond the status of an insider tip.

For the time being, THQ is silent about any future plans for both brands. At least very few people should have any objections to a subtly drilled out Timesplitters trilogy for current systems.