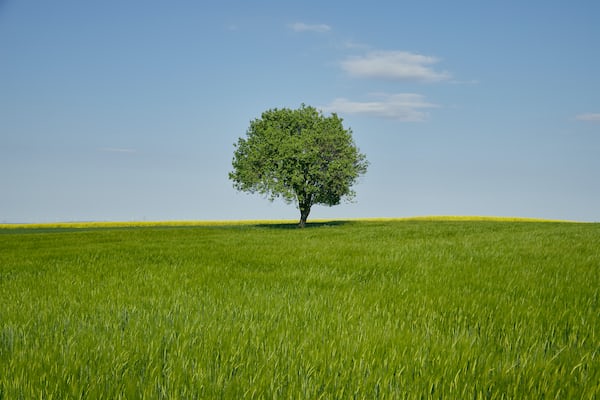 A great open world co-op fun action sim with everything the Ubi formula has to offer in teamwork with your talent for improvisation.

I have to praise Tom Clancy’s Ghost Recon Wildlands right now. Because I’m actually not a fan of military simulations, I prefer a sci-fi shooter like Halo to US war diaries like Call of Duty that can be played at any time, I’d rather move on strange planets than on the bland, green-brown earth. And yet, Ghost Recon Wildlands cast a spell over me as quickly as Halo couldn’t last. Why? This is surely due to my teammates, with whom I had great pleasure to see how they led our squad to ruin every new mission. Shall we steal a helicopter? So we steal a pickup truck and just ram that thing. Should we creep up slowly? I’ll throw a grenade first. On the other hand, Ghost Recon Wildlands is also a rock-solid game that offers me such a great sense of achievement every few minutes that I get hungry for more and can no longer leave the controller.

Let’s take the simultaneous shot: while you aim your weapon over the rear sight and rear sight, you can mark individual opponents. In the multiplayer mode, your colleagues can then find out which enemy to shoot at, and computer colleagues automatically move themselves into a suitable shooting position. As soon as you pull the trigger, your colleagues get started and ideally three, four or more enemies will fall over at the same time and none of them even have the chance to trigger an alarm. It’s such A-Team moments that make Ghost Recon Wildlands a great gaming experience. You sit in front of the screen and then you just love it when a plan works.

In a game like Ghost Recon Wildlands, sniper rifles are a must.

But first things first: Ghost Recon Wildlands is kind of a hybrid of everything Ubisoft games like to do. Open game world, countless story and optional missions, exploration. If you play alone, the computer confronts three AI comrades; in multiplayer mode, human players take over. Your location: Bolivia. A huge, virtual, freely accessible Bolivia. The goal: to eliminate a cocaine cartel that has largely brought the country under its control and is tolerated by the official government.

It is no coincidence that the Bolivian government officially protested against the game at the French embassy. A troop of highly armed legionnaires who interfere in a South American drug war and four of them manage to do everything that the security forces of the whole country have not managed before – it could hardly be more clichéd. But honestly, what’s the story in such an open world fireworks display as Ghost Recon Wildlands? Sure, every now and then you have to push certain goals around the corner that somehow play crucial roles in the drug cartel. And if you want, you can also read and listen to the background information that you can find on the go in the form of typical collectibles such as USB sticks and sound recordings. But that’s not the game’s appeal. That lies in the fight itself. And in the use of your numerous abilities.

The missions are mostly kept simple: kill someone, steal something, stop someone or mark supplies.

The good thing is that there is seldom the one silver bullet when it comes to achieving your goals. Mostly you have many different options and one leads to the same goal if done correctly as the other. A recurring element is, for example, the attacks on truck convoys of your opponents. Some players may prefer not to come into contact with the enemies in the first place and mine the road. For my part, I found it much more exciting to steal a helicopter and then shoot the convoy from the air. Death from above, no power to drugs! When attacking enemy bases, on the other hand, I tend to rely on careful exploration using a drone, but once open combat has broken out, I have no problem requesting a mortar attack from more or less friendly rebel groups. The enemy of my enemy is my friend!

So how you play Wildlands is largely up to you. On a normal level of difficulty, even open combat does not necessarily lead to death, but of course you should still be careful. But if you like, you can s***w up the requirements to the limit and then die on first contact with the hostile lead. This optional and existing simulation-heavy load was not mine – instead, I thoroughly enjoyed throwing a fragmentation grenade or running towards a group of opponents like a madman with the AK 47. Because it plays well enough to give away that. No matter how seriously it takes itself, Ghost Recon Wildlands remains an open-world video game in the end and as such contains all the strange and funny moments that make such games. Jump out of an airplane and shoot a few drug lords on the way down with the handgun, race through villages with the Humvee and listen to samba, hide in pigsties, in the tall grass or in corrugated iron huts, just do whatever you feel like doing. Ghost Recon Wildlands will allow it and if you also achieve a mission objective, it will be happy too.

The drone. This is how you can see your opponents from above.

And while you’re about to let off steam, you’re developing your figure almost by the way. You collect resources: oil, medicine, food, so you improve your skills. The drone will then have a better battery and will continue to fly. Or you can get stun grenades, one of the best toys in the Wildlands. The surprise factor is especially big if you attack at night and can use your night vision device while the enemy is blinded in the dark. Or your friends, in case you haven’t told them about the plan. Happens.

I found the cover system to take a bit of getting used to while playing. There is no mechanism that has been learned from other shooters, whereby the character sticks to waist-high cover walls at the push of a button. Instead, you simply take cover and then approach a wall. Either the game understands what you are up to or it reacts not. And while you are still nervously trying out the analog stick, you come under enemy fire and are slightly annoyed to find that the evasive role from The Division no longer exists. That’s a shame – on the other hand, I tried a new tactic the next time I tried to play Which is why I never got bored even with many virtual deaths. Nevertheless: Fair is different. As far as the technology is concerned: It is definitely not the nicest of the current open world games, the design is rather earthy and militaristic – no wonder – and also One is not immune to glitches here and there. That said, but also that the overall picture still looks anything but ugly The vastness of the landscape comes into its own, standard locations don’t seem too generic and there is always a lot to look at at special locations. What worked flawlessly on the technical side was the connection between the four co-op players. You found each other quickly and stay together permanently without any problems.

I could do the whole day: Helicopter attacks.

Apart from things like the weird coverage behavior and a few minor bugs and glitches: Ghost Recon Wildlands is great fun. The game does not simulate a military operation in Bolivia, it tells nothing about the complicated South American drug wars, it fails as a cover shooter. But at the same time it shines all along the line as an open world multiplayer adventure, especially in a group of four it generates unique situations that you will remember with pleasure later. Get the game, find three friends and show virtual Bolivia where the stun grenade is hanging. These are the moments that you play for. Not the inconsequential story, not the mission goal, but those moments in which the whole plan collapses again because someone did something unspeakably stupid and the time for improvisation has come. And then Wildlands literally blooms.