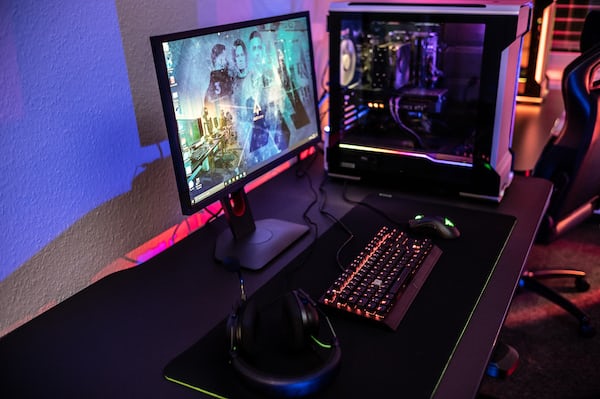 Expected for the end of the year on Switch, these new versions will be an opportunity to get to know Gourmelet.

Like Mario, Zelda or Call of Duty (whose next installment is finally known), Pokémon is one of these stainless video game licenses. Not content to be a hit via the famous collectible cards or the many derivative products, the creatures continue to shine on consoles. And a year after the Diamond and Pearl episodes, fans will soon be able to discover a new adventure.

Gourmelet, the new star of the license and of Twitter

Last February, on the occasion of Pokémon Day, fans discovered the existence of Pokémon Scarlet and Violet, the new opuses expected for the end of the year, still on Switch. Quite mysterious for the moment, these new versions will mark a real revolution since, for the first time, there will be no question of large separate areas but of an open world in which the different cities and areas to be discovered will be integrated in a “natural” way. and “without any transition”. Fans also got to know the three starter Pokémon: Poussacha, Chochodile and Coiffeton. But for the past few days, another creature has been stealing the show.

It’s only an “early game” Pokemon, but Gourmelet (or Lechonk in its English version) has become a real star on social media. For those who missed it, it’s a Pokémon inspired by Iberian pigs, with their black dress and ears that hang slightly forward. The English name quickly won over players, who even reproduced memes, artwork or comments praising the cuteness of the creature. For example, there are puns with the same Stonks, who became Lechonks for the occasion, or Charles Lechonk, in reference to Charles Leclerc, the Ferrari driver in Formula 1. Enough to make Pokémon a trend on Twitter.

See you on November 18 to better discover these new universes

According to the official description, Gourmelet uses his developed sense of smell to search for food. He eats exclusively the most fragrant wild herbs and the most succulent Berries. Due to its eating habits, its body smells like weeds that Bug Pokémon hate. When he is surprised by an enemy attack, Gourmelet rushes forward in disaster. Even before the release of the Scarlet and Violet games, the Pokémon therefore promises to be one of the stars of these new opuses. In recent hours, Game Freak has brought some news, starting with the release date. And the appointment is given on November 18th. The company also took the opportunity to present the starter Pokémon a little better, as well as the two legendary ones, which will respond to the names of Koraidon and Miraidon.

Pokémon: Scarlet & Violet – an ugly trailer to discover its coop and its open world

After choosing the sex of his avatar, the player finds himself in a small lost town in the middle of nowhere. The village consists of five or six houses, the tour is quickly done. Quickly comes the moment to meet the professor who will serve as a mentor to the hero, to choose a new best friend among three Pokémon, and to give a good beating to his eternal rival / friend / competitor / punching-ball (cross out the unnecessary mentions) .

Then begins the journey that will take the protagonist from arena to arena, capturing wild beasts and forcing them to fight each other in the strangest hymn to animal slavery, until he becomes the best Pökémon trainer. This is the beginning and the ultimate goal of all the canonical episodes of the main Pokémon series since Pokemon Red & Blue and its sensational arrival on Game Boy in 1996. And Pokémon: Scarlet & Violet is determined not to change this historic formula, despite some welcome innovations.

The official trailer recently posted by Nintendo shows that the next double installment in the saga is here to try to satisfy fans of all stripes. Pokemon Legends: Arceus had been widely praised for its risk-taking in terms of gameplay loop and game design. With its semi-open world divided into zones a la monster hunter and making Pokémon tracking the heart of the game, the title had brought a breath of fresh air to the series, but was much criticized for its technical aspect, far too below current canons.

With Pokemon: Scarlet & Purple, Nintendo and Game Freak seem to want to reconcile the innovations ofArceus with a more classic game design, to give birth to a child between Pokémon Sword & Shield and D’Arceus. The publisher has retained the desire to evolve towards an open world model, which promises to be much freer this time than in Arceus. Big N even promises that players can go wherever they want from the start of the adventure, without worrying about the main quest.

However, the real innovation of this Pokemon: Scarlet & Purple is undoubtedly its multiplayer mode, completely redesigned. No more simple duels between friends and exchanges of critters, from now on, up to four simultaneous players can join online, and can explore the world of Pokémon together. If the promise is kept, and the servers hold up, it will be a revolution for the saga.

The official trailer also shows that the Game Freak studio has kept some gameplay elements from Pokemon Legends: Arceus. The trailer features a trainer who discreetly approaches wild Pokémon to capture them, with an attitude, a move-set and facial expressions that seem to have come straight from the last episode of the series.

The fact remains that on the graphics side, the title does not seem to be a thunderbolt… Once again, at the technical level, the trailer shows empty sets, the characters and Pokémon currently suffer from outrageous pixelation, and there are still no dubs planned on the horizon. There are still a few months left for Nintendo and Game Freak to polish their copy, but no need to have any illusions, the game will not stand the comparison with a monster hunter rise (and its extension Sunbreak) or one Breath of the Wild (which is already five years old).

Regarding the new theme of this double opus, it seems to revolve around the notion of time. Professor Olim sports a look worthy of the Flintstones, while Olim plays it rather futuristic with his neon outfit. The names of the Legendary Pokémon confirm this, since “Mirai” means future in Japanese, and “Korai” evokes ancient times. Will there be a temporal imbroglio to elucidate? You will have to wait until November 18, 2022 to be able to unravel the threads of mystery on Nintendo Switch.

Pokémon Scarlet and Pokémon Purple: Where to pre-order the games?

Pokémon Scarlet and Pokémon Violet unveiled a new trailer recently, highlighting the new creatures that we will be able to capture and the new faces that we will meet in an unprecedented adventure. Since the release date was unveiled immediately after, the time for pre-orders for these two new opuses has now come. Here’s where you can pre-order Pokémon Scarlet and Pokémon Purple.

Where to pre-order Pokémon Scarlet and Pokémon Purple?

Pokémon Scarlet and Pokémon Purple will therefore arrive on November 18, 2022 on Nintendo Switch. As usual, the main series will offer two versions so that players can exchange the exclusive Pokémon with a choice based almost exclusively on your attachment to the Legendary Pokémon present on the cover. Note that a pack including the two games together will also be available.