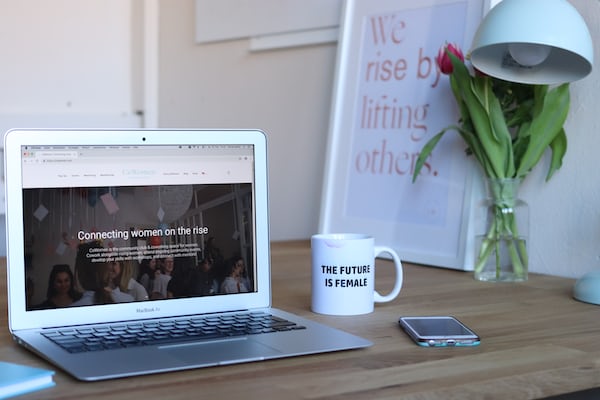 After reaching 3.5 million players with Two Point Hospital and following the great Two Point Campus leak, the developers at Two Point Studios are finally ready to talk a little more about their new project. Officially, this time. The morning after Microsoft leaked the game into their store, I met with studio director Gary Carr and animator Chris Knott to find out more details and to talk about how things were going.

As we already knew from the leak, Two Point Campus is a university construction simulation sandbox, and, on the surface, it looks like a clear sequel in terms of playability and presentation of the British studio’s debut. But after taking a closer look, I think it’s fair to say that Campus is also a clear evolution from its predecessor, based on what they tell me about virtual students. Rather than trying to get rid of your patients as soon as possible, Campus focuses more on the student experience and ensuring their happiness, throughout four years of play.

There are also weird treatment rooms – sorry, classes – and eccentric VIPs to run to get money (“it’s still a business,” Carr says, “you’re just squeezing education instead of illness”). Each location is more unique to you, and each group of students is designed to make a long-term impression on you.

At Two Point Campus you can see how students bond and interact – learning, living and vomiting throughout a virtual university experience that you can control. Each game year (which currently lasts about twenty minutes) concludes with a graduation ceremony for the departing characters, and begins with the arrival of a new batch of rookies. Over time you will build progressively more varied classes for students, as well as all kinds of, uhm, cultural activities that they can participate in. You will also build the buildings in which these classes will be taught, organizing and decorating both the interior and the exterior. And you’ll be able to balance the overall happiness of the students, making sure they’re smart (and sober) enough to graduate.

“It’s not just their life during the day, it’s their life at night as well,” Carr explains. “Obviously, if you let them have too much fun, they won’t show up at daytime activities. You have to find a balance. Basically you are like the father of your students throughout the game. “

Students adhere to typical college stereotypes – nerds, goths, jocks, wizards, etc. – but they are modeled after the studio’s procedural generation system of personalities, which is recovered from Two Point Hospital. In the previous game you only saw the staff interact and cause problems with each other. At Campus, students are individual characters too, which we hope will allow you to meet them as they progress through their four years of learning about their careers and themselves.

“At Hospital we had a limited amount of time with people who visited your worlds,” Carr tells me. “They would arrive, get diagnosed, get cured, and then leave. At Campus we let you spend several academic years with the students. which one to get to know them. The characters mix with each other and create groups of friends, or even relationships between them, and you will be able to see how all this happens on your campuses “.

“You should be careful, when creating your classes, with how these characters will interact with each other. We have student unions, for example, clubs, societies or events. You can create parties. You must make sure that your students are happy, both at the academic as well as their extracurricular activities on campus. There are all kinds of things to keep in mind that you have to make sure they’re okay, to ensure they have the education they need.

There are also, of course, staff ranging from professors to assistants, to salespeople for campus stores to janitors. As you might expect, there is a lot to sweep and clean in a university. “It’s what I’m doing right now,” Knott tells me with a laugh. “I’m making students slip on liquids. It’s what I’m working on right now.”

Two Point Studio is made up of veteran British developers hailing from Bullfrog and Lionhead, so obviously humor plays a key role in the game. You can expect terrible puns – the “Knight School” level is a good example – and huge machines that look like something out of Willy Wonka’s factory, as students create pizzas and cakes. Among the cinephile influences that we have seen in the game there are nods to films such as Desmadre a la Americana, Pitch Perfect, Grease or Harry Potter. The game is also set in the world of Two Point County that opened Two Point Hospital, allowing certain characters to return and having some running jokes for fans.

Two Point Campus will have versions for PlayStation, Xbox, Switch and PC but it will not arrive until 2022. Even so, fans will be able to know more details much earlier, because Carr and Knott explained that the fans of the studio will be part of the development itself through Games2Gether , the platform created by Amplitude (one of Sega’s British studios) to provide new information and gather feedback.