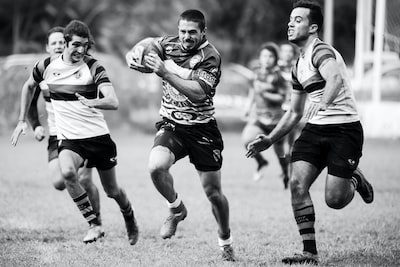 Two Point Hospital finally hit consoles. After spending a dozen or so hours with the title, I am sure of one thing – there is no better cure for nostalgia after Theme Hospital than the production from the creators of the original. It is a beautiful return to a well-known and valued strategy.

The announcement of Two Point Hospital was like a premature Christmas for me. I have a huge fondness for Theme Hospital, and when I found out that the authors of the original were responsible for the title, I knew one thing – I need to play the new version as soon as possible. The PC editing was a nice experience, but I was waiting for the console announcement the whole time. A quick show, a small delay and finally I could check how the developers dealt with the console release – during the game, at the beginning I played the Nintendo Switch version, and then I checked how the PlayStation 4 release is doing. I did not encounter any major problems in both situations, that would affect the experience.

Two Point Hospital … It’s been there, and it tastes just as good

The assumptions of Two Point Hospital do not differ from the previously mentioned Theme Hospital. We have a dedicated facility at our disposal that we must manage – from building a reception desk, creating offices, to hiring staff. The campaign sluggishly introduces you to the reality of the profession, because more hospitals are placed under our wings, which we have to take care of, not only taking care of the basic needs of patients, but also fighting newer and newer diseases. The creators again expand the attractions with small steps, at the beginning offering very basic offices, to surprise more and more boldly with new cases. From the beginning, the game is not particularly demanding, players who know the realities of the series will quickly find themselves in the hospital corridors and then start completing tasks without any problems. In each hospital, we have to achieve the set goals to be able to move to the next ward – the studio gives us a choice: you will collect one of the three stars and you can develop the next place or you can test your management skills and get another two. Each time, the first tasks are interesting and engaging, but the next ones (the second and third stars) are extremely generic for some time and instead of involving players with interesting cases, they require obtaining the designated cash or healing the appropriate number of patients. It is quite boring and in some cases I just left the console on and browsed the Internet on my smartphone. After a few minutes, a message appeared that I had scored my “max”. Such play is available only at the start, but then the difficulty level is increased only due to the increasing numbers that we have to achieve. Two Point Hospital is obviously an economic strategy, so somewhere around the fifth hospital you actually need to plan your expenses skillfully and cleverly, because you can get into debt very quickly – it is good to plan every smallest move in this situation, because sometimes it is better to bet on a smaller number of doctors or skip some of the more expensive rooms. Sometimes, however, you have to take the risk, because, for example, “Klaunika” or “Chromotherapy” will allow us to quickly earn money and get back on our feet – the studio, of course, did not forget to expand the facility by buying additional hospitals.

However, I cannot say a bad word about the basics themselves as Two Point Hospital is basically a modern version of Theme Hospital. Also in the new reality, we have to react quickly and adapt the place to current events. Is your hospital in the mountains? Prepare a bigger ward, because you will have to heal a lot of fractures. The creators also surprise with special contracts from time to time, thanks to which even a few demanding cases may appear in our hospital, but efficient planning is enough to deal with each action. During the game, I had the impression that the developers wanted to introduce hospital realities to the contemporary community with great calm, which is why individual options reach us over time.

However, what is worth emphasizing – Two Point Hospital offers the same fun as its prototype, because the gameplay is extremely light. This is one of those productions that you turn on after a hard week and you enjoy putting more rooms or dealing with the next difficult case. The magic of Theme Hospital has been preserved, and the developers have been tempted with a very similar style and loaded the items with a ton of humor. Patient with a light bulb instead of a head or a guest with a pot on his head? These are just two of many cases that resemble the best times of the original. The title surprises with funny situations at every turn, which may not cause stomach pain, but will be a sentimental pleasure for players who grew up on the original. The advantage of the game is the Polish location, because the team responsible for the inscriptions “felt the atmosphere” and managed to take care of small details, thanks to which the meaning of the message does not escape.

For me, the best moment in Theme Hospital was always the beginning of the fun – planning, building and hiring. It is no different in Two Point Hospital – rearranging individual rooms, putting up new benches, taking care of heaters or vending machines is just pure fun. The authors have not forgotten about such details as catching ghosts, and from a certain point we can even train our employees – it allows to improve the quality of services and increase the reputation of the individual. Doctors and nurses have their ears behind their ears, so sometimes we have to discipline them by reducing the gap, and other times we have the opportunity to reward them with an appropriate raise. Even our team will propose special challenges from time to time that we can, but do not have to accept – but it is worthwhile to flex a little to get a few positive words.

Of course, the key in the game is the right strategy related to proper team management and quick reaction to the events presented – the difficulty level increases over time, and fans of the original will find so many positive memories here that it will be difficult for you to put your console or controller back on the shelf. The creators took care of the complete rebuilding of the positions for new platforms, and this magic was 99.9% successful. Building is simple, everything is done on a square plan, so you can easily arrange all the walls to add equipment or, for example, benches. The layout of the buttons was also great – I never had the impression that something was missing, and just catching “what and where to click” took a few minutes in my case. We can easily rotate the camera (right analog), zoom in or out (ZL / ZR) and everything is extremely smooth. The magic button in the Switch version is “Y”, which allows you to use three tabs: rooms, facilities and employment – everything is literally on the tray. The authors also explain everything well and show where, what and how. Only complaint? When we have to grab a running doctor … To be honest it is not a big problem, because it is enough to click pause, but in fact this is the only moment when I felt that “it would be easier with the mouse”.

The developers took care to add previously released expansions to the game, but unfortunately console players have to wait for Sandbox Mode and The Superbug Initiative – the studio announced that it is working on updates that will be available to all players on PlayStation 4, Xbox One and Nintendo Switches for free. I realize that the version for the Nintendo console may be some unknown for many – the only difference from other devices is the lower resolution, but there is no bad frame here. The applied line looks great on the console screen, and it is worth adding that the title has no problems with the smoothness of the animation – the second freezing of the game appears only when saving the game. If I had to stick to something, in the Switch version we have to wait longer for the previously created and expanded hospital to be loaded – as you know, returning to the facilities is possible, so the later (larger) ones need an additional few seconds to load.

I regret that the developers did not provide at least a few additional challenges that would have hit the game with the console release, but I feel that this is not the end of developing the series. The authors of Two Point Hospital are already part of Sega, so I believe the publisher will allocate adequate budget to the creation of the sequel.

Two Point Hospital as a recipe for success

Two Point Hospital proves that consoles have a place for decent strategies to build, manage, prepare and combine. The port of the console version has been prepared wisely – no worries about the cut content. For fans of Theme Hopistal, this is a must-have production, and now you have four platforms (PS4, XOne, Switch, PC), on which you can easily build several outposts and cure many patients from, for example, dry burn.