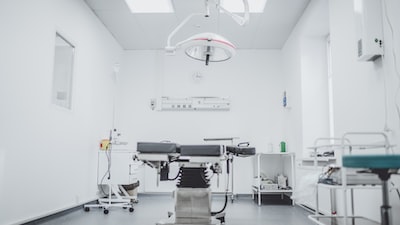 I swear I’ve mentioned it sometime around here, but one of my favorite House episodes is the one in which the camera follows Dr. Lisa Cuddy through a marathon day. It is an episode that takes the focus away from the star, from the genius, from the superhuman intellect diagnostician who snatches innocent youngsters from the clutches of death and gets the crippled to get up and walk, and focuses it on the one who truly eats the brown: the manager, manager in this case, who has to deal with the ego storms resulting from so much miracle while managing to renew with the insurer while keeping a 20% bonus and making sure that the babysitter does not set his house on fire. It is a brilliant episode for its rhythm and execution, and also a phenomenal essay on stress, responsibility, and the bitterness that it is that some bruises their wool and others take fame. On paper Two Point Hospital is a game that should be about all these things, and that’s why from the beginning it had my attention.

That the clearest reference is Theme Hospital, I do not say it, it is said by its own creators, a team made up of former members of Bullfrog and Lionhead who know the material at hand and do not hesitate to take heart from their status as spiritual successor . In practice, and leaving aside the possible similarities between having worked under Peter Molyneux and being part of House’s own staff, what this implies is a continuation of the book, an update of key mechanics and diagrams that returns to put us at the controls of a stretch of vacant lot with a few thousand dollars in the bill and a couple of buses full of sick people approaching at full speed. The first steps are relatively simple, because Two Point Hospital is still a friendly management simulator and a game more focused on bunting and mischief than on emulating real work: there are sliders that regulate the rest time of the nurses and graphs of Little pieces to face the patient’s satisfaction ratio against monthly aspirin expenses, but to start working we only need four walls, a receptionist and a small consultation. It seems our day has started well, and things are relatively under control.

It is not a feeling that lasts, because as in that episode the problems soon begin to pile up. Obviously our role goes beyond the diagnosis itself and wandering with a lost gaze along an immense completely open hall has never helped fight malaria, so the next step leads us to the hiring of health personnel and other mechanics key: the management of the useful space of the hospital itself, a friendly and enjoyable process that only requires a tool to select boxes and taste when decorating. Each room, each waiting room, each X-ray scanner room and each psychiatry consultation has specific requirements and an associated cost (a 3×3 space, a desk, a filing cabinet and a couch where the patient can lie, for example ), but nothing prevents us from dedicating an entire wing of the hospital to arcade machines or emulating public health by placing eighteen beds in a small room without lighting. Once the requirements are met, the room automatically becomes functional, and it only remains to assign one of our staff professionals or dig into the job market to find a cardiology specialist who agrees to work for the salary of a waiter.

As a general rule, and at least as far as the demo version reached, these professionals are divided into four large groups, but their functions may vary: there are doctors, there are nurses, there are receptionists and there are maintenance managers. Each one has strengths and weaknesses, and although we will talk about this later for the moment, it is important to clarify that its operation is more or less autonomous: if we want the cardio room to work, we will have to manually assign someone to operate the machines, but if the flow of patients demands it that same doctor could decide to lend a hand in diagnosis or on the contrary take the afternoon off after a particularly extreme day. In the same way, the team of nurses will constantly rotate their roles, and a single maintenance technician could be more than enough one day and be overwhelmed the next if the machines break down, the ghost of a dead patient haunts the corridors and also we have forgotten to place bins. That is why it is crucial to attend to your skills and not cut costs at any price, although we understand that bank bailouts are not going to pay for themselves.

But we were talking about problems, and the former logically come in the form of a series of diseases that, this time, will be closely linked to the space where they are treated. We can’t heal lightbulb-headed patients without a special device that returns them to human form (not a random example, I swear), and the same is true of people who suddenly decide to dress up as Freddie Mercury or with the Grey’s Anatomy, an ailment that prevents the correct visualization of color and a fabulous play on words that I pray that it survives the localization process. Each new illness means a new ward, a new flood of patients and a new opportunity to make money by handing out obscene bills, but above all a new reason to continue: they are really imaginative, genuinely funny, and in general a grateful note of color that gives some sense of progression as he makes things difficult for us again.

But if we learned anything from Dr. Cuddy’s suicidal lifestyle, it is that in a modern hospital strictly medical matters are the least of it, and very often monetary matters are the most. Because in the end it all comes down to a question of money, resource management, cardiologists asking for increases, empty or literally overcrowded beds and gentlemen lining up to die. Of balls spinning simultaneously in the air, and of a really well-achieved sense of urgency that, however, over time ends up becoming one of the main problems of the game: it is very difficult to stop to observe the details when everything happens so fast. It is true that the game does not pretend to be really deep, that its facet of economic management is an anecdote and that any other approach would not quite combine with an environment in which, I insist, people die in an adorable way and go on to become an even more inoffensive version of Casper, but there is a certain intention to be personal, to draw employees as something more than a resource with legs, to detail if they are impatient or like to play tennis on their chips and on their contracts, and all this ends up being unsuccessful.

Because many things happen at the same time, because there are hundreds of people wandering around the hospital, because rooms can be demolished and knocked down in seconds and because everything ends up reminding more of Starcraft than of Civilization. Because there are specialists in I’m that, but the situation has required you to hire two and fire four in just minutes, and when someone sends you an email demanding a raise, you can’t even remember their name. There is too much detachment, too much resource to use and throw away, a too chaotic rhythm that I understand seeks to deliberately stress, but that ends up working against that micromanagement that the game seems to seek when, for example, it offers you the opportunity to give courses to employees to work new areas of expertise.

All this would already be chaotic in a single hospital, and that is why it is surprising that the structure of the game treats each room as a phase, a container of up to three stars that we will fill based on prestige (satisfied patients, good facilities, few corpses, no is much more complicated) and that will constantly invite us to start over, taking control of a center under construction a couple of kilometers away. We can decide not to do it, but the unlocking structure itself will make it clear to us that it is not the smartest option, each time placing that new disease and that new machine that you need to give life to the venue a new episode away.

Thus, with three or four hospitals under our control, a health inspection in the making, a couple of bank loans about to expire and a certain Doctor Cosmic declaring himself in default because there is no coffee machine in his office, we soon experience that uncomfortable feeling again: the detachment, the rushed mechanical click and the feeling that the game looks really good, but it would do even better if it knew how to take things a little slow and give you time to make that waiting room a real home. It is surely a matter of taste, because there are those who enjoy feeling overwhelmed and know how to find time to attend to the whims of a spoiled doctor even if the weight of the world falls on their shoulders. Those anonymous heroes will no doubt enjoy it, but unfortunately we don’t all have Lisa Cuddy’s ovaries.