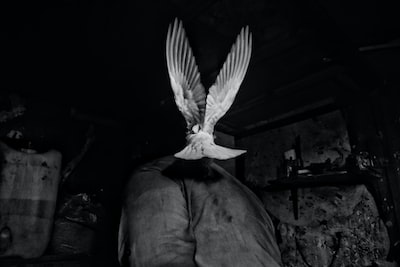 Ubisoft had already been announcing that today, May 9, a new Ghost Recon. The problem is that Ubisoft did not count on the fact that a day before, May 8, the official title of the new video game would be filtered through a promotional image. This image revealed the Wolves Collector’s Edition of the video game Ghost recon breakpoint. As seen so far, the figure of the edition could correspond to the main villain of the title.

In addition to this image, we were previously able to see a small clip announcing the imminent presentation. With all this data, the fans began to speculate on whether we would see Nomad and his boys again, or if we would be facing a new team. Where will this new Ghost Recon take us? We must not wait any longer.

Ubisfoft has chosen today, May 9, to announce the new installment of the Ghost Recon saga. We are talking about Breakpoint, a title that will be available for PlayStation 4, Xbox One and PC, which will take us to some remote islands of the Pacific Ocean with Nomad, the Ghost Team Leader from Ghost Recon Wildlands. It has been shown several minutes of gameplay and finally a trailer. We show you the trailer and comment on the gameplay below.

Ghost Recon Breakpoint will once again be a video game focused on him tactical style and the cooperative experience, either with AI or with our colleagues. Ubisoft has learned from Wildlands and this Breakpoint will offer a much richer and more interesting history.

In Breakpoint the technology becomes our greatest enemy. We will be in numerical and technological inferiority. We will face much more powerful enemies, even Rogue ghosts. After a plane crash, Nomad will have to survive and hunt… It seems that we will have a new team. What happened to the previous one?

On the other hand, Ubisoft confirms that Breakpoint will feature PVP mode, as Wildlands already told.

Details to take into account of the Alpha Gameplay

Ghost Recon Wildlands will be available on 4th of October for PlayStation 4, Xbox One and PC, and will have a Beta. You can register HERE. Booking Breakpoint will give us access to the latter. What do you think of Ghost Recon Wildlands? And the new trailer? Tell us in comments.