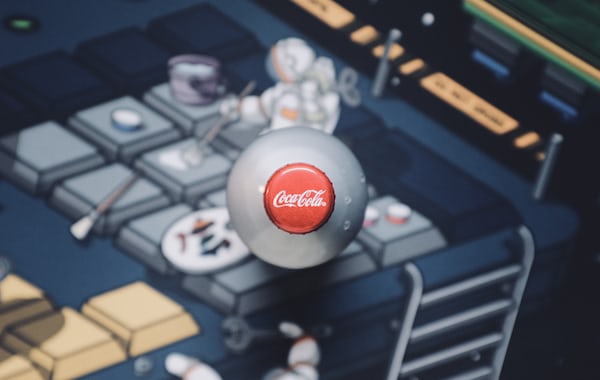 A few days after the controversy that settled in the communities and forums about the “bugs” and problems that affected Assassin’s Creed Unity, in November last year, Ubisoft did not ask for anything and promptly announced Assassin’s Creed Syndicate, the new episode of the series , based in London, in the Victorian era. Despite the criticisms and expressions of discontent of many players, Ubisoft ended up correcting many of the problems that affected the game, launching successive “patches” that made them minimal. Nevertheless, Unity is a good game, with a lot to explore and discover in one of the best representations of Paris in video game format.

But as with other series that have embarked on worldwide releases, the production of Assassin’s Creed has been increasingly ambitious, to the point of Ubisoft connecting several studios. However, with tight production deadlines and deadlines marked on the calendar, the time that would give the opportunity for the different production teams to better coordinate their tasks and polish the game, simply does not exist. Ubisoft is a large publisher, with several studios around the world, but still cannot switch production as Activision does with the Call of Duty series, giving two or more years of production for a new game, the time needed to develop it .

It is true that we live in a time of some normality when it comes to downloading corrections on the first day. The game is still being “printed” and the producers are already preparing a volume of corrections. Gone are the days when a game released could no longer be amended. But Ubisoft did not waver in the face of a very strong challenge to its game. In fact, in the weeks following the launch of Assassin’s CReed Unity, it achieved a good performance in the market. As of December 31, 2014, Unity (PS4, One and PC) and AC: Rogue (PS3 and 360) had sold 10 million units, a number that the publisher was very pleased with. Far Cry 4, a game well accepted by the critics, sold almost 7 million units in the same period. Despite the turmoil generated by some communities, Unity added and followed.

London is divided into districts. The main points and emblems of the city are faithfully represented.

Image reveals how the workload is divided between teams.

The new trailer for AC: Syndicate was met with some criticism, but it was also valued by those who saw in the representation of Victorian London, at the beginning of the industrial revolution, a perfect space for new struggles and stealthy approaches. In Unity I appreciated the inclusion of the French revolution within the theme that has punctuated the development of the hero, as a murderer and in the fight against the Templars. In Syndicate there will be new connections, even with historical characters like Charles Dickens. It is a time of struggle, with the working class people dissatisfied and showing signs of protest to the capitalist power. Within this framework of forces, in 1868 London was on the verge of an industrial revolution.

Like what we saw in Paris in the game AC Unity, in Syndicate the focus of exploration is only on the city of Londrina. This does not exclude both exits from the city, as happened for example with Versailles, but for now and in a first presentation behind closed doors during E3 we learn that the map of London is significantly larger than Paris but that all the action takes place within of the city, very well represented, with relevant details and iconic monuments worked to the smallest detail.

The city of London is divided into districts and many missions involve the taking over of our hero, at the expense of strength, of course. To do this, Jacob Fry, as he is called, will have to climb buildings, using the hook and rope to climb more quickly, in a movement somewhat similar to that of Batman. In the demonstration we started by viewing, producer Nathalie Jasmin told us that the combat system is even more brutal than we played on Unity. The final thrusts are violent and with an even greater degree of cruelty. Horse-drawn carriages are a symbol of that era and, as so many are moving around the city, it will be easy and necessary to get on board one and head towards the destination as an alternative to running through the roofs.

Moving vehicle fighting will be very frequent in this edition of AC.

The enemies approach and jump to the top of the vehicle, disturbing the hero, sitting with the reins of the horses in his hands. At this point we can confront them, launching a quick counterattack. The same counter attack happens moments later on the top of a running carriage. Shortly before this confrontation, we passed the famous Vitória station, fully represented and full of people. There are trains arriving and departing, an important part of the industrial revolution. Big Ben is another of the historical monuments shown during this presentation, with gameplay capture. The whole surrounding area, like the parliament is at stake and will be explored.

If the visualization of this demonstration behind closed doors gave us a much more accurate and advanced idea of ​​the impact of industrialization, the demonstration that we were able to play shortly afterwards and right there, showed us the peculiarities of the combat, the approach to enemies, the use from the hook and cable to climb faster to the top of buildings and how using darts soaked in a hallucinogenic substance can lead people to confront each other.

It all starts in a typical London bar, in a circle of “bandits” and a few mugs of wine to mix. Shortly afterwards we are involved in the mission, following the opponents using the definition that allows us to control the opponent’s movements through the wall. Moving around the roofs is not much different, but the hook and cable significantly affect how we move the character, with more speed. Between buildings and after fixing the cable on the other side, we slide like someone who rappels.

From here we pave the way for possibilities to neutralize enemies. We can take the easy but complicated path; go to them and start a melee fight. Or, alternatively, we can start by eliminating one by one using stealth approach techniques. When two or three enemies are close, the best option is to use hallucinogenic darts. They fight and end up falling round. Further ahead we find a set of barrels suspended from a crane. With a small knife we ​​cut the rope from a distance, releasing the barrels on the body of a poor opponent.

The way we carry out the missions depends on our criteria. Exploring the environment and realizing what we can use the scenario to our advantage seems to produce more rewards. And with the right items, we have a better chance of nullifying existing threats. Having opened the way to the next area marked on the map, we entered a new carriage chasing another moving vehicle controlled by a woman. In this part, some bugs were still visible. The carriage’s contact with people on the road still needs adjustment and in some places the exits were blocked, here perhaps for demonstrative purposes.

The playable portion available at this E3 ended with a street fight for the conquest of the district, made with the use of fists and body attacks. Once the battle is over, we are rewarded and informed of the completion of yet another mission. We will see to what extent these new elements affect the conduct of missions. For the time being, the main changes lie in the improved combat system, in the inclusion of vehicles as a means of movement and in the hook and cable as a way to climb faster and cross buildings with efficiency and style. Like what they did with Paris in Unity, this Victorian London is also full of iconic places and points where history happened. The soundtrack is well suited to the different stages we go through. It remains to be seen how this construction and ideas will work together when the game comes out in November. Ubisoft is committed to restoring an image different from the one it left with last year’s game, choosing a new territory to mark the regain of fans’ confidence.