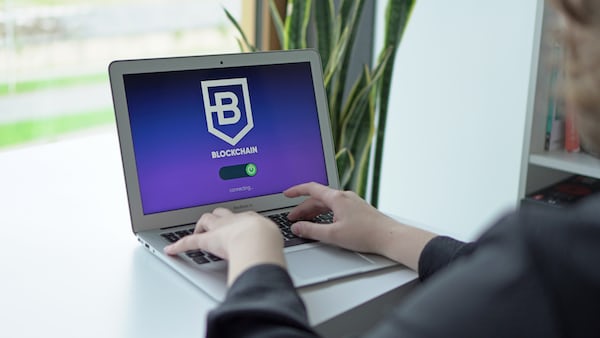 Last Wednesday, the free update for FAST RMX, the futuristic racing game for Nintendo Switch that acts as a spiritual successor to F-Zero, was released. This update, apart from fixing bugs and improving the AI, includes 2 cups with 6 new circuits. These circuits could be described as remixes of 2 of the existing circuits, taking the layout of one of them, running in the opposite direction and with some modifications to make it easier to run in this new direction, and adding the gimmicks of another of them. circuits.

The first of the 6 new circuits. Combining the layout of The Haze at night with the UFOs of Tepaneca Vale. The track, although somewhat similar to the original, changes the easy-to-catch jump platforms for the narrower beams of light from the UFOs, moving from side to side, which combined with the darkness, add a touch of difficulty to both the jumps like the sections with fans trying to get you off the track.

Seeing the stage under the moonlight makes the stage lose its magic. While the brown sky from The original The Haze created a deserted, neglected atmosphere, the remake loses that in pursuit of a clearer view of the city below, reminding us of the SNES classic F-Zero settings, where we ran to various meters high above the city.

The skyscraper-filled city known as Chuoko City combines with the deadly electrical bolts of Zenshon Habitat. On this track we begin to see the first major changes to the layouts. In order to accommodate the leaps of faith of the original layout, half the track has been completely redesigned so that moving forward is possible. The lightning bolts themselves really do seem somewhat forced. They are only placed in a small area, they are not usually in the middle of the ideal line and they are easy to avoid, so they are seen as something that is there for the simple fact of being.

The great city, which until now was somewhat reminiscent of a GX Aeropolis at night, now filled with a green mist is more like a city infested with a toxic gas during a zombie invasion.

This new version of the Storm Coast, now filled with ice, differs little from the original, save for a couple of curves there and there and a couple of jumps added or removed. The big change in this level lies in the ice. Now the entire stage is frozen, and we must fight at almost every moment against the slippery floor, which on more than one occasion will make us slam into the walls, or we will lose time when colliding with the stalactites that hang from the rocks.

Seeing the ice-filled coastline provides an air of solitude to the track. While the strong storm of the original put you in the middle of a maritime storm at midnight, with lightning that accompanied the sudden jumps scattered throughout the route. This new version, however, is committed to creating a feeling of loneliness. The white fog that surrounds us, together with the cold ice that accompanies us along the long straights, limit our vision to a simple white image, which chases us everywhere incessantly.

The most original layout of the entire update. This time, instead of combining a track layout and reversing it, Shin’en’s team decided to create a new track. In it we will cross a totally original route full of the hanging platforms that appear in Zvil Raceway, but with the exciting views that we can appreciate in Cameron Crest. Packed with dangerous jumps and turbos placement that require us to do our best to catch all of them, this track is undoubtedly a paradise for lovers of high-speed games.

The new scenario doesn’t change as much as the rest of the update. We now see a somewhat darker sky than the original, a few hours closer to dusk than the morning we see at Cameron Crest, but it’s enough change to make that multitude of floating islands look even more precious.

The merger between Pyramid Valley and Sunahara Plains is probably the least original track of the entire update. The layout of Pyramid Valley, now in reverse, does not undergo any change beyond the addition of 3 fire geysers, almost imperceptible and seeing the desert landscape at night, which only brings problems, since the headlights of the ship cover more of the track than they help you see.

This is arguably the worst of the new circuits. It doesn’t add much new, and you fight longer against the reflection of the headlights than against the track, the two misplaced traps, or the rivals.

The last of the 6 new circuits is another that brings little novelty, this being a combination of the Willard Mine layout with the giant (decorative) worms of the Scorpio Circuit. There is little to say about him. It is true that the pipes that send us stones have been moved to continue being at the end of the straights, relative to the player, and many pillars in the middle of the route have been repositioned to achieve the same effect as with the pipes. .

In the setting of the circuit, a big change is noticeable. Somehow, the Shin’en have managed to create a greater sense of “abandoned mine” by changing the sky from a dark night to noon with the sun shining down. Seeing all those shadows across the facility wherever you look at the giant worms together makes these mining facilities “a thing of the past”, just like Valve did with the old Aperture facilities.

The REMIX Update is perhaps not the big change I was expecting, as it was a great disappointment to see that the “six new tracks totally free” were nothing more than simple mixes of existing tracks and reusing their soundtracks. However, keep in mind that this has been a move made out of love for the game by the developers, and all this without charging for the effort.

Are the new tracks worth playing? Yes, I don’t see why not, there are a few more challenges, and something new is always good. And in case you still do not have the game, I really recommend it a lot, because despite its many flaws (of which perhaps I make a series of articles only dedicated to them), for every error you can find, there are a thousand details that they work perfectly, not to mention the great control, settings and soundtrack that it has. So if you are looking for a bigger challenge than Mario Kart, both Fast RMX and the WiiU version are perfect for you.