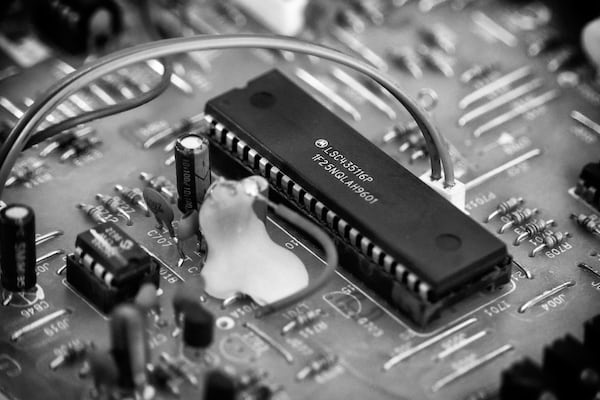 Once you turn on a Twitch stream, you are sometimes suddenly an hour further. But if you turned on a Valorant stream in April, you could just be a whole month further. The game was viewed no less than 334 million hours on Twitch. This bizarre number and more in this brand new N8W8.

Good morning! Yep, you have to do it again with this Guard today. May 15 again. Today in 2008, California was the second state in the US (Massachusetts was the first) to allow same-s*x marriage. And today is Jamie-Lynn Sigler’s birthday, better known as Meadow Soprano. Also such a good series to bing at the moment. Anyway, not right now and let’s stop talking about daughters of mafia bosses. There’s news about games.

We will of course bring the State of Play with us at the last minute! 13th Century, Mongolian Army, Beautiful Island: In a State of Play episode entirely devoted to Ghost of Tsushima, Sony and Sucker Punch Productions showed a lot of new gameplay footage from the highly hyped game. You will see how to explore, how to fight (smoke bombs!) And more. The game, which will be released on July 17, includes Guiding Wind to provide some direction in that open world, as well as cuddly foxes to help you find special places on the island. More has also been explained about the photo and video modes, which allow you to take great pictures of your game. Try to resist that temptation in this beautiful samurai game.

You can watch the full State of Play here, it will take you more than 15 minutes:

May 21st, put it in your calendar, Alan Wake will come to Xbox Game Pass (console and PC). Yesterday was the 10th anniversary of that game and Remedy Entertainment thought that a good time to reveal that Game Passers can soon throw themselves into this fierce game. The game currently costs next to nothing on Steam, by the way: 1.24 euros.

Respawn Entertainment is also already celebrating its tenth birthday and does so with, among other things, this fine feel-good video. A nice start to the day:

Not so tasty: no Titanfall games in development at the moment

That same Respawn was questioned by IGN about the possibility of a Titanfall game. Unfortunately, Respawn’s Vince Zampella gave a negative answer: “Nothing is currently under development, but it is always there.” Zampella said something about Titanfall in the interview, namely that it was not ideal that Titanfall 2 appeared in the same week as Battlefield 1. Did that hinder the real success of the game, or was that something else? What do you think?

Crusader Kings III will be released on September 1

The high word is out at Paradox Interactive. Crusader Kings III will be released on September 1, 2020. The game is already available for pre-order and also got a new story trailer right away. If you have no idea what to expect, Crusader Kings is a medieval simulation game. You can build an entire kingdom in it, or enjoy all kinds of drama that seemed to unfold more than ever in the times of knights and castles.

The special Switch trailer for The Elder Scrolls: Blades is out, not entirely coincidentally at the same time as the game comes out of its Early Access. Enjoy!

Last month, Riot Games’ Valorant was viewed a whopping 334 million hours in streams on Twitch. The 5-on-5 online multiplayer shooter previously broke a record for the most hours viewed in one day. Now it is partly due to COVID-19 that more is being watched anyway: the total number of streams viewed on Twitch has increased by 99 percent compared to April 2019. In total, 1.5 billion hours were watched last month, of which 22 percent Valorant. Now that game is not just popular: you only get a code for the closed beta of the game if you watch live streams of it on Twitch. But even then it is impressive numbers that show that the gamebizz can sometimes come out surprisingly.

Avatar is still under development

Speaking of being patient, Avatar! The you-hate-him-or-you-love-it-movie has been getting a successor -more even- for many years, but that turns out to be quite a bit of a struggle. But – at least, for corona time – a lot of work is still being done on these James Cameron films. A picture was shared of Kate Winslet, Cliff Curtis, Zoe Saldana and Sam Worthington in a gigantic tank. This is called underwater performance capturing, and it is sorely needed. Water appears to play a major role in Avatar’s sequel. The film is expected on December 17, 2021.

October 8, 2020, another date for your agenda. Ride 4, the motorcycle racing game for PlayStation 4, Xbox One and PC, will be released that day. That is again be careful with those knees in the bend:

Je Wacht hopes for a new Rayman this (fiscal) year, as Ubisoft has indicated that there will be another AAA game in the fiscal year 2020-2021. In addition to Assassin’s Creed Valhalla and Watch Dogs Legion, but also Gods & Monsters and Rainbow Six Quarantine, there seems to be a fifth game from an ‘yet to be announced franchise’. In any case, it is not Beyond Good & Evil, Ubisoft CEO Yves Guillemot has already revealed. As long as they aren’t Rabbids …

Hoping for a night without Peach-Rabbit in her nightmares, you wave off Wait. It is a nice Friday, so this (home) working week is almost over. Good luck with the hassle in the Epic Games Store to arrange GTA 5 if you plan on doing so, keep drinking enough water (even though the kitchen may seem far away by now) and have a good day today!