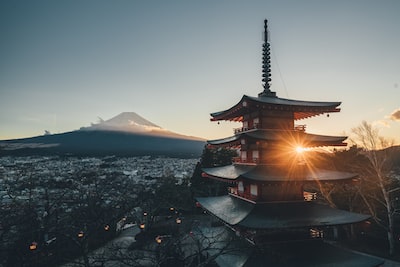 The last time Ubisoft took an extra year (out of a total of three times in the entire franchise) to breathe some air into its stifling annual cadence of ‘Assassin’s Creed’ main series releases was with the biggest twist of approach. who has suffered the saga: in 2017, with ‘Origins’ and its Egyptian setting, after the ‘Syndicate’ of 2015 that made it clear that the original formula was out of stock. After the extraordinary (for many players, the best of the series) ‘Odyssey’ in 2018, now comes a new installment delving into proposals from both ‘Origins’ and the game set in Ancient Greece.

From the first, the game takes up the approach of an immense open world, which can be freely explored while we are solving the main plot and small secondary missions. The ambition and size are reminiscent of games with such extensive mapping as ‘The Witcher 3’ (with which it also has many points in common in terms of setting) or ‘Red Dead Redemption 2’. From ‘Odyssey’, the already definitely role-playing approach to the action, skills, and improvement of the protagonist’s inventory. We are facing an open world RPG.

Interestingly for such a markedly role-playing game of focus, the big change of ‘Valhalla’ from its precedents is that it focuses almost exclusively on the main story. Of course, we will have a lot of side missions, but the adventure that makes up the backbone of the story is so rich and takes on so many forks (the main one being the career of Eivor, our or our protagonist, as a stealth assassin, in the tradition of the franchise) that you will not miss the filler missions, sometimes so free and distracting.

That does not mean that you will have nothing to do in ‘Valhalla’ other than the famous invasions or locating and annihilating members of the future Templars. What happens is that here the little missions are more like minigames. Literally: drinking contests – often against venerable old women – a curious – and quite profound – dice game called Orlog, or funny battles of rhymed insults – which, of course, lose a lot with bending. All of it enriches life in the settlements, the nuclei of Viking life where our protagonists settle.

The Viking clan that the game focuses on has just left Norway for not being willing to submit to a new ruler. He arrives in 9th century England and there he will have to impose himself on the kingdoms of Wessex, Northumbria, East Anglia and Mercia, with the possibility of exploring cities such as Winchester, London and York. The way of expanding is very Viking: based on small violent incursions into populated areas and creating new settlements.

These invasions are among the most publicized elements of the game, and it is not surprising: apart from fitting like a glove with the theme of the game, they represent the wildest moments of action, and where the new combat system has the opportunity to deploy, with two simultaneous weapons and a fully configurable arsenal, which will lead you to thoroughly experiment with dozens of combinations (ax and shield is our recommended classic). Invasions are a balanced mix of mayhem and strategy, though all too often, Assassin’s typically jagged AI gets up to it, adding an extra but not very welcome element of confusion.

Invasions typically include final bosses or mini-bosses, and are a refreshing interlude in the middle of the main missions, as they are often used to Get resources that allow you to build more buildings in the settlements, or material to improve weapons. It is a “kill everything that moves” that works well although, again, certain problems with the management of the camera, the detection of collisions and the enemy AI detract a bit. The combat receives interesting changes: the enemies have a health bar and a stun bar, which allows to face the fight in a more aggressive or defensive way.

Invasions are essential for upgrading equipment and settlements, but not for following the story. This is how most proposals for side missions are, which appear without the need for anyone to order them to the protagonist, when new parts of the map are opened. They are yellow, blue and white dots that shine on the ground and that can often take a lot of effort to overcome. The yellow ones, for example, report rewards in the form of gold or skill upgrades, but some of them are in huge, heavily guarded fortresses.

The white dots are objects to look for, in the purest tradition of sandbox filling (although they can often be exchanged for tangible benefits) and the blue ones are those minigames or small missions already mentioned: what the game calls “world events” and that can include from a game of dice to defeating a monstrous boss. These are often light-toned, almost humorous missions, and can range from taking hallucinogens to collecting items for an often highly eccentric supporting character.

Although the series has always had its humorous elements (very often derived from the player’s knowledge of actual historical events and how sometimes the characters’ predictions about what will become of their lives couldn’t be more misguided), in this case a certain levity is injected into secondary missions that give oxygen to the usually serious ‘Assassin’s’ universe. In a game that suffocates due to the vastness of its terrain and the dozens of hours that are necessary to cover it in its entirety, and it is to be appreciated that not all missions have a transcendent tone.

An added difficulty must be taken into account for the exploration: our bird’s eye view (this time a magnificent crow with which to scan the areas in advance) is no longer omniscient. To detect enemies, you have to infiltrate the scenarios and activate what the game calls Odin’s View, which places enemies and objects of interest. That it is more enjoyable to explore does not mean that forays into enemy territory do not offer challenges, although it seems that UbiSoft has wanted to return the accent to stealth, with techniques recovered from previous games to go unnoticed, such as getting lost in crowds.

‘Valhalla’ favors free and carefree exploration, simply by contemplating the landscape, not because you have to reach such a mission

Because the point is that the game favors, intuitively and without the need to impose restrictions on the mechanics, the free and carefree exploration, for the mere fact of contemplating the landscape, not because you have to reach such a point to talk to such a secondary so that he can entrust you with a mission that will send you to the other end of the map. Here are missions located on the map, it is known where they are when an area is unlocked, but their specific meaning is unknown, almost that the player is “finding” them as he does what is really satisfactory in the game, which is to explore this new land for the Vikings.

That’s why it’s a shame that, one more year, ‘Assassin’s Creed’ comes with its good portion of Graphic bugs and various imperfections, which make the scan not the subtle and full of beauty thing that Ubisoft certainly wants. You only have to compare with the recent ‘Ghost of Tsushima’ and its impeccable plastic beauty and solidity on stage, or even with ‘Red Dead Redemprtion 2’, which is already a few years old but still has a lot to teach current games in a matter of prompting exploration at the sunset.

Still, it is still the most interesting part of the game: that turn to the pure game and without suffocating objectives, which finds a peculiar contrast with the exhaustive remodeling of the skill tree, configurable as usual until suffocation, and that definitely modernizes the mechanics of the game. Two extremes, exploration without demands, advance the story at your own pace, and configure your character to the smallest detail, which give rise to a game, in the end, resultón -although decidedly inferior, for not leaving a very recent sandbox of Ubisoft, to ‘Watch Dogs: Legion’-.

There is much more to unravel in ‘Assassin’s Creed Valhalla’, which gives it added value. For example, the plot holds surprises as it progresses and although we essentially have the story of the Viking invasion of England, a few digressions are allowed narratives (one of them is easy to suspect, because we have seen it before: the leaps to the present and the goings-on of the Animus) that refresh and renew history. Some of them, certainly unexpected. Another important and attractive question: the secret tombs, full of treasures, and the intricate puzzles that must be solved to loot them.

‘Assassin’s Creed: Valhalla’ It does not mean a turnaround to the saga like that of ‘Origins’, but it continues to maintain the type with the rediscovered quality that he has maintained for a few years. The usual ones will find common mechanics and also enough innovations, starting with the general change that gives a more organic presentation to the missions. You’ve got a whole country of dirty ninth-century Englishmen to conquer, so you’d better go leaving a few hours free.