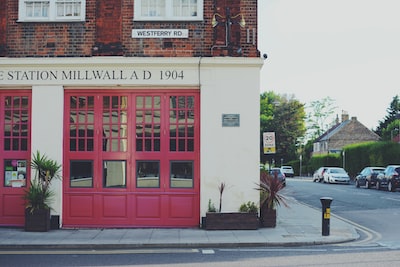 Watch Dogs 2 – How to unlock all trophies and achievements

Watch Dogs 2 – How to unlock all trophies and achievements

A guide certainly cannot miss a list of all the unlockable trophies and achievements and also in the case of Watch Dogs 2 the time has come to find out how to 100% complete the adventures of Marcus Holloway.

Below we will naturally offer you a complete list of trophies and achievements, also explaining what is needed to unlock them, as well as a short roadmap in which we explain step by step how to approach the new chapter of the Ubisoft brand.

Let’s start immediately with the type of approach recommended.

Trophies / achievements: a roadmap to unlock them

The hunt for all Watch Dogs 2 trophies / achievements isn’t particularly complicated. Here is what you will need to do:

Trophies / achievements: how to unlock them

For convenience we will divide the different objectives using the term Trophy typical of PlayStation platforms but of course the guide is the same also for Xbox One and PC users.

Beyond the Platinum Trophy that is obtained after unlocking all the trophies we find:

– Put your pants on

After arriving in the open world of Watch Dogs 2, go and buy some pants at a store

Purchase a two-handed weapon from the 3D printer. It is located in the hacker headquarters and you will probably unlock it without even realizing it.

Shop the Gatorfeet Whine shoes. To do this, just head to the “Plainstock” store in Oakland, in the eastern area of ​​the game world.

You will have to get on a tram. They are located in the area near the Transamerica Pyramid, follow the tracks or wait until you see one

-Only God can judge Me

Buy a T-shirt from the Nudle vending machine. They are located in the south of Silicon Valley.

Pet 10 dogs. Whenever you see a dog, approach and pet it. There are many in the beach area or Pier 39 area (north of San Francisco).

Just walk with the smartphone camera active until NPC poses. It happens quite often.

You have to drive a unique vehicle. How to find it? Here is the section that we have dedicated precisely to this goal.

Steal a bus. Buses have a random spawn but are more easily found in downtown areas.

Escape a level 5 crime. To be able to unlock this achievement it is advisable to at least take a look at the following video. Taking advantage of the parking doors is very convenient in this case.

Drive the Merengue for 4km. Buy the car at the Total Motors dealership and drive it for 4 km.

Stealth 30 enemies. It is quite simple to unlock it normally as you play

Jump 140 meters in a vehicle. To be able to unlock the goal it is advisable to use the fastest bike in the game, the Sayonara, and unlock the Engine Override ability to get the Nitro and therefore an additional speed boost.

-There’s no two without three

Make three jumps in a row on a vehicle. There should be no problem unlocking this achievement.

Take a picture of a person who is vomiting. The best area to do this is Jack London Square in Oakland. This type of npc has a random spawn.

-Take me for a walk

Travel 200 meters over a car you hacked. For this you need the Directional Hack skill of vehicles.

Neutralize a hunter in the online bounty hunter mode.

Use the “Call the Police” hack on a man disguised as a donut in the Haight-Ashbury area. You will need the dedicated skill which costs six research points.

Successfully perform an Invasion against another player.

– He fixes her photos

Take 25 photos in the areas indicated by ScoutX.

Buy all the apps for your smartphone.

Take part in a drone race. You have to buy the drone from the hacker headquarters.

Take part in a motorcycle race.

Complete the Shadow mission. It is part of the story and is automatically unlocked.

Complete the Shot mission in Ubisoft. We talk about it in the section of the guide dedicated to Secondary Missions.

-Welcome to the Mile High Club

Complete the Hack the World mission. Mission impossible to avoid.

Complete the Eye for an Eye mission. Mission impossible to avoid

-Every item is important

Complete the Power to the Sheep mission. Mission impossible to avoid

Dogs, How To, Watch, Watch Dogs