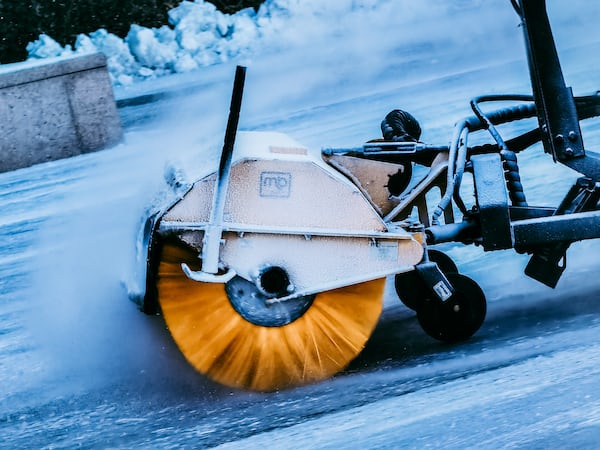 Microsoft‘s Edge has become a web browser more used than Safari on desktop machines. But beware, this does not mean that the Redmound giant’s solution is one of the most popular. In fact, in the ranking of desktop users’ favorite browsers, Chrome is in first place, cornering 66.64% of market share. In second position, we find Edge, but the gap is wide. The software integrated into Windows has a 10.07% market share for the month of April.

It should nevertheless be noted a clear progression of Microsoft Edge since 2021, while Safari manages to remain at the same level over the last 12 months, still according to the source.

Chrome, since June 2021, has been around 60-65% market share, with some stability overall.

In the land of web browsers, Chrome is king

The web browser market is therefore dominated by Google. The Mountain View-based firm has managed to impose its solution impressively on users. So much so that we sometimes wonder how come the market share gap between Chrome and its pursuers is so big. Does Chrome do everything better than its competitors? After testing it for years, I still don’t feel like it.

Personally, my use oscillates between two solutions: Safari, which I appreciate for its speed on macOS, and Firefox, not only to support the free philosophy of the Mozilla Foundation, but also because it is a particularly powerful and well-designed software.

I have never tried Edge on macOS. Because yes, there is a Mac version of Microsoft’s browser. You can download it from the Microsoft site. Edge is also available on iOS. Do not hesitate to give it a try, perhaps just out of curiosity.

Finally, let’s finish by mentioning other alternatives that are a little less known, but offer interesting new features: Vivaldi, Brave and Opera GX.

Web browsers: there is a change in the ranking

Google Chrome crushes the competition on PC and mobile for a few years. The search giant’s browser dominates the debates, leaving only crumbs (or almost) to its main rivals. The situation has not really changed in recent months, but a new outsider is to be watched and is gaining momentum.

The tool market share Microsoft is 10.07%versus 9.61% for Apple‘s solution. Far ahead, Google Chrome captures 66.64% market share in this segment. Behind this trio of browsers owned by IT heavyweights, we find Firefox with 7.86%. Faced with public disaffection, the free browser hopes to regain color with its transition to version 100. Opera is fifth (2.43%) whileInternet Explorer resisted with 0.97% market share. Redmond’s old browser is no longer a priority and will soon no longer be supported by Windows 10. As of June 15browser history will even disappear from most versions of Windows 10.

With the new Edge, Microsoft has found hope

Instead, Microsoft is betting heavily on the new Chromium-based Edge. If a first version appeared in 2015; the firm was never able to convince and finally drew a line under the original version (called Microsoft Edge Legacy) to equip itself with the same engine as Chrome. A choice which seems to bear these fruits and which is accompanied by a aggressive communication from the American firm.

For several months, the number of users increases and the release of Windows 11 contributes to this rise in power. In contrast, Microsoft Edge struggles to compete on mobile devices since the company’s failure in this area. Thanks to Android, Google Chrome stands out with 63.57% market share and is ahead of the iOS version of Safari (Apple). Unsurprisingly, the latter does better than the macOS version with a market share of 24.82%.

All platforms combined, Edge remains a good distance from Chrome (64.36%) and Safari (19.13%), and has a market share of 4.07%. He still has to be wary of Firefox (3.41%); but has a room for improvement more important than its free rival. The adoption of Windows 11 must help the new Edge to grab market share, but the battle will be more complicated on mobiles.

Concretely, Edge would be present on 10.07% of machines, against 9.62% for Safari. Firefox, which was once very popular, continues to fall and ranks fourth with 7.87% (against 9.47% two months ago). Obviously, all these browsers are far behind Google’s Chrome, which prances in the lead with 66.58%.

On mobile, Safari retains its place, thanks to the striking force of the iPhone. Chrome is still first, with 63.59%, but Safari isn’t too far behind, with 24.83% (compared to less than 5% for other browsers). Same story on the tablet, where Apple also dominates thanks to the iPad. The Apple brand browser is present on 38.07% of machines against 47.34% for Chrome.

Remember that Chrome, like Safari, is very often criticized. Chrome is indeed very energy-intensive, while Safari is dubbed by some as the “new Internet Explorer”. A criticism that should not please Cupertino. But which allows Microsoft to progress, slowly but surely.

Microsoft Edge overtook Safari in April 2022. It thus becomes the 2nd most popular desktop web browser in the world. If Google Chrome remains firmly in 1st place with 66.64% market share, Microsoft Edge now obtains 10.07%, just ahead of Safari which is used on 9.61% of desktop computers. The gap between the two represents 0.46% market share.

Why did Edge take advantage over Safari?

This trend was initiated as early as February, when Safari began to lose ground against its main competitor. If Apple’s web browser still retained its runner-up position, its popularity has waned in favor of the one installed by default on Windows 11, the latest operating system launched last October by Microsoft.

For its part, Safari has had to deal with complaints from its own community. In question: technical bugs, a user experience that was not there and compatibility problems with certain websites. The changes that were made during 2021 were deemed insufficient, and the popularity of Apple’s web browser has declined in recent months.

Can the trend be reversed for Safari?

Now relegated to 3rd place in global market share, Safari is however not in danger. Behind, Firefox is 4th with 7.86% market share, thus leaving the possibility to Safari, which lost 0.23% between February and April 2022, to stay in touch with Microsoft Edge, or even to recover its 2nd place more late in the year.

While macOS Monterey, the 12th version of its operating system, was launched in October 2021, Apple should unveil the new version of its desktop OS in a few weeks, at the WWDC conference. 2022 dedicated to developers. In the event of major announcements from the one who could be designated by the name of Mammoth, Safari could regain market share and, perhaps, return to Microsoft Edge in the months to come.

What is the most used web browser on desktop in France?

If Google Chrome has lost nearly 2% of market share since the beginning of the year, with 56.16% in April 2022 against 58.18% in January, it is still the most used web browser in France. just ahead of Firefox, whose curve continues to progress to reach 17.29%. The duel between Edge and Safari is even found within France, since the first (12.55%) is now widening the gap on the second (9.93%). Note that Safari falls for the first time this year below the 10% market share mark in France.