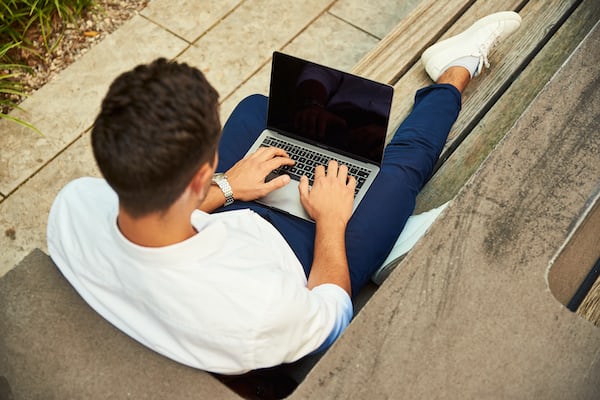 VPN (Virtual Private Network) stands for Virtual Private Network in French. With end-to-end encryption, this server guarantees you online privacy and security. Each Internet user who chooses to use a VPN server can enjoy complete anonymity and thus protect their data when browsing the internet. As an Internet user, you have an IP address. This will then be made invisible to all the web services you try to access. Choosing a VPN means choosing to be anonymous on the internet. For many users, this is a fundamental argument. But that’s not the only advantage of a VPN. We will reveal them to you in this article. You will also be told how a VPN works and whether it is legal to use it or not.

What are the benefits of a VPN?

There are many advantages to using a VPN server. First of all, you will prevent Internet Service Providers from collecting personal information. At a time when user privacy has become a major issue in the web world, the promise of VPN software is very strong. By opting for a VPN software, you will find a private character when browsing the Internet. Your information and your confidentiality will therefore be preserved. Thus, the history of the sites you have consulted will remain confidential. If you want to subscribe to a VPN software but you don’t know where to go, know that the NordVPN brand is among the best choices for securing all your online activities. And this regardless of the medium you use (computer, tablet, smartphone).

A VPN server will also allow protect you from hackers. The advent of telework has given ideas to many hackers and it is therefore necessary to be extra vigilant when browsing the web in 2022. Thanks to its encrypted and fully secure tunnel for its connection, the VPN will preserve your confidentiality while hiding the IP address.

Another advantage of a VPN server: you can save money. This may seem surprising at first sight, but it is nevertheless the case. Indeed, when you make a reservation on a travel site, the prices will no longer fluctuate according to your browsing history or your geographical area.

How does a VPN work?

A VPN provider is here to offer you a secure connection service between you and the internet. VPN servers are very simple to use. They are located between your device which is connected to the internet (computer, tablet or smartphone) and the destination server (a website for example). The VPN server is therefore an encrypted virtual private network. Among the best known VPN servers, we can mention NordVPN. Many countries are covered by this VPN provider and it is one of the most reliable virtual private network service today. Among the best known, we can also mention ExpressVPN. For NordVPN as for ExpressVPN, your browsing will be secure on computers and all other types of devices connected to the Internet.

Is it legal to use a VPN?

Yes, it is completely legal to use a VPN server in a country like France. This will allow you to be protected and to benefit from the confidentiality of your connection information and your use of the Internet. However, there are certain rules to follow when using a VPN provider. Indeed, you will not have the right to download and distribute works that are protected by intellectual property or to hide your identity and hack Internet users. Any use of a provider for malicious purposes is punishable by law. The VPN service provider is there to offer you a server that secures your online connection, your data and personal information.

NordVPN vs ExpressVPN: Which server is better?

To secure your data and privacy when browsing the internet via your computer or any other device, the ExpressVPN and NordVPN providers are among the most recognized. These two companies both offer very solid offers and very reliable results thanks to their highly secure protocols. But which of ExpressVPN or NordVPN offers the best deal? This is the question we will try to answer in this paragraph. In terms of the visual aspect of the 2 providers, NordVPN is the most ergonomic. When you’re a beginner, NordVPN is easier to learn than ExpressVPN. In terms of browsing speed, ExpressVPN is the fastest. From a security point of view, these two VPN providers are very reliable and will guarantee you secure browsing on your different devices (computer, tablet, mobile).

CYBERGHOST VPN PROTECTS YOUR DATA AND FREES UP THE INTERNET

We all have a good reason, more or less avowed, to use a VPN at home. Whether it’s to protect data, sensitive or personal, to preserve your anonymity, to surf the net in peace or for any other reason, know that you are totally within your rights to use a VPN and that it does not doesn’t make you a criminal.

The main purpose of a VPN is to be free, free to go where you want, as you would with your car, a motorcycle or a boat for example. Many free foreign sites are, for example, blocked by access providers for more or less understandable reasons and when you are an expatriate, it can be good for your morale to have information from your country of origin to stay in touch. from its roots.

CYBERGHOST, THE NUMBER ONE VPN IN FRANCE AT A LOW PRICE

Concretely, and without going into too much detail, when you normally surf the net, all your movements, changes of pages, sites, downloads, video viewing or online purchases, pass from server to server and are recorded by your internet service provider, the famous ISP. And while your ISP can monitor what you’re doing, technically others can too, with sometimes far more dishonest intentions.

The main interest of the VPN is therefore to put this freedom of navigation at the heart of the priorities, to make you a ghost, hence the rather apt name of the number one VPN provider in France, CyberGhost.

The other advantage of a VPN is to be able to consult SVOD services anywhere in the world, wherever you are, when you go on vacation for example. Whether you subscribe to Netflix, Amazon Prime, Disney+ or My Canal, when you try to connect to your account from abroad, an error message prevents you from accessing your content, telling you that you are not not in your home country. With a VPN, no more worries, you connect to a French server and you’re done.

Finally, the last important point, access to more stable online game servers or the possibility of being able to play with friends all over the world is also one of the many possibilities offered by VPNs.

Subscribing to a VPN is the easiest way to secure your Internet connection wherever you are. It is also a solution that allows access to sites and services that are not normally available in the country where you are, for various reasons, generally related to geographical restrictions and questions of rights of diffusion. The safety argument is clearly not to be neglected. In a world where everyone is connected and where cyber threats are multiplying a little more every day, being able to anonymize the use of your smartphone or your computer protects you from many computer attacks: this is something to reassure you. mind, whether you are at home, at work or on vacation anywhere in the world.

Contrary to what one might think, using a VPN is far from complicated: if it was the case in the past, today the popularity of these services is such that everyone can have access to them, no only for a reasonable price, but also through intuitive applications.

Up to two years of free subscription

First of all, be aware that the subscription to NordVPN is cheaper monthly if you subscribe for two years. These 24 months of use are billed at the price of 71.76 euros, or 2.99 euros per month over the period.

It is also possible to take a one-year package at 52.68 euros, which costs 4.39 euros per month, or a monthly formula for 10.49 euros. As always, a 30-day money-back guarantee is provided, and you don’t need to explain the reasons for your refund request.

Given the substantial monthly price difference, we recommend that you go for the two-year subscription, especially since for its anniversary, the platform matches this formula with a gift in the form of free months of subscription. The number of these months is random and can reach up to 24 months free.