SamaGame > SIX > WhatsApp Pay, the payment system for WhatsApp, will reach several countries in the next six months 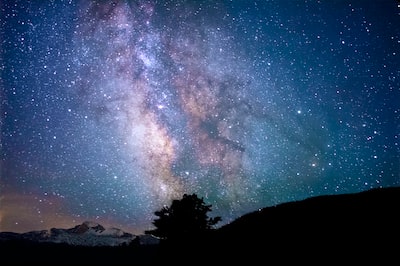 WhatsApp Pay, the payment system for WhatsApp, will reach several countries in the next six months

WhatsApp Pay, the payment system for WhatsApp, will reach several countries in the next six months

Despite the success that services such as Bizum have had in Spain when making payments between friends, none of these systems has as many users and as much popularity as the WhatsApp messaging app, belonging to Facebook. The company now prepares its own payment system, which will in fact arrive during the next few months to users in various countries of the world.

In the financial results just published by Facebook it has been its own CEO, Mark Zuckerberg, who has said that Facebook is building WhatsApp Pay. He states that “I hope this will start to work in several countries and that we will make a lot of progress on it in the next six months.”

It is not clear if it will be a different service to Facebook Pay, which has already been announced. Or if it will be integrated directly into Facebook Pay in some way. Or if it will be the same system with different names depending on the app. The truth is that there are many different possibilities. Facebook at the moment has been testing different payment methods, also on Facebook Messenger for example or purchases on Instagram. With WhatsApp specifically in countries like India, which is where it has the largest number of users, it has already tried payment systems. As they have indicated, 140 million small businesses already use their payment / purchase tools.

The “various countries” to which expected to arrive before the first half of 2020 they have not been specified either. Spain is also one of the main countries where WhatsApp has had the most penetration, so it would not be surprising to see WhatsApp Pay debut in Spain as well.

Apart from this payment system through the different Facebook apps, the company also has the Libra project in development. But it is a somewhat slower development after criticism and threats from regulators to which it has been exposed. Reasons why many of Facebook’s partners in Libra have dropped out of the project.

In addition to the announcement of WhatsApp Pay for the next few months, the tech giant has also released some interesting figures in regards to its last fiscal quarter. They point out that now there are 2.26 billion users who open Facebook, Messenger, Instagram or WhatsApp on a daily basis. The family of applications (all Facebook apps) has 2.89 billion monthly users in total, 9% more than the previous year in the same period. The family of applications is precisely the new approach that the company has taken to run its business, it will be this metric that they will use from the last quarter of 2020. A way to blur which app in the ecosystem gets more income and mask possible income reduced that are offset by returns in other apps.

Be that as it may, Facebook beat Wall Street estimates in the fourth quarter of 2019, reached $ 21.08 billion in revenue, up 25% year-on-year. Facebook’s share price remains at its all-time high these weeks. And it is that despite all the privacy doubts and concerns that Facebook may generate in this regard or in the dissemination of false news, the business of data and advertising continues to have a greater value.