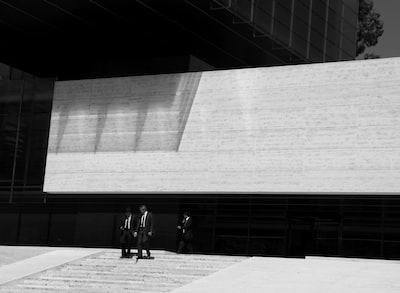 WhatsApp announced news for its business and professional users that will allow companies to offer some of their services through this messaging tool. With this release, retailers will be able to sell products and services through this application and link it to their stores on Facebook if they have. In addition, some new functions will be paid.

Specifically, the news presented by WhatsApp for its business customers are summarized in three:

First, WhatsApp, which is owned by Facebook, expands the ways in which people can consult the products available in the Facebook Shop tool that was introduced last August. With the news now released, the consumer can make purchases directly from a chat WhatsApp after viewing products on the social network.

In the last few months Facebook has been expanding the ways that businesses can display what they sell on their social network and also on Instagram. This integration with the messaging platform is one more step.

With the news, companies that use WhatsApp Business will be able to link to Facebook catalogs and allow their customers to buy their articles without having to leave the chat conversation, since it also payment can be made through this app instant messaging.

For its part, the social network with which Mark Zuckerberg became known will allow merchants add “buy” buttons that will lead the customer to a WhatsApp conversation with the company or seller to conclude the purchase so that if the consumer has doubts, they can consult them at the time.

Although the company has announced this service on its information website for the Spanish market, It is not clear when it plans to bring here the news that unites Facebook Shop and the messaging app. Almost three years ago the firm launched WhatsApp Business here, a platform for companies and clients to communicate. In November 2019, it presented for Spain the option that companies can show their catalogs through this app and sell them.

This service has not yet reached any market, but the company has announced that it is working on it. It will consist in offer services to host and manage different tools that facilitate communications with customers, on issues such as product inventory.

According to information provided by WhatsApp spokespersons, “Over the next several months, we plan to expand our partnership with business solution providers that we have worked with over the past two years. We will also offer a new option for companies manage their WhatsApp messages through the services that Facebook plans to offer ”in terms of storage.

This option will make it easier for small and medium-sized companies to start their business, sell products, keep your inventory up to date and respond quickly to the messages they receive, no matter where your employees are, according to official information.

The messaging app will charge for its business services

WhatsApp has said that it will charge “business customers for some of the services we offer, which will help WhatsApp continue to develop its own business.” The calls, video calls and messaging will be free also for companies.

The juicy retail market for WhatsApp

The application is used by many businesses. They say from WhatsApp that daily, more than 175 million people send messages to a WhatsApp Business account. “According to our research, people prefer to communicate with companies by message for help and are more likely to make a purchase when they can,” they clarify.