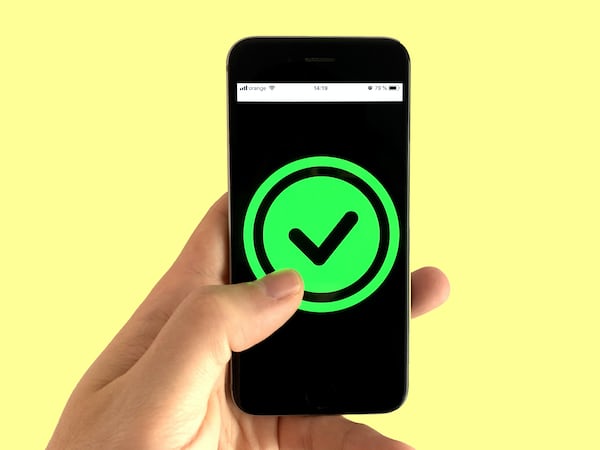 Since I was ten years old, when I first read an interview by Hideo Kojima in a specialized Spanish magazine whose name I don’t even remember, I dreamed of going to E3 in person. Anyone who likes video games knows its importance. You know the importance of that wonderful imaginary that invades our mind when we think of finding mythical figures that gave us so many hours of fun, content for reflection and also moments of pure emotion. We know that they are human just like you and me, but at the same time we think that they are made of another material, of another fiber. They are “our” movie stars, so to speak.

Right now, I’m sitting on board a plane on the way to E3 2015 and I’m starting to feel that nervous kid that turns into overwhelming euphoria when the doors of the Los Angeles Convention Center open. This is the main place and time when the main figures whose names appear in news / analysis on websites / magazines, on the covers of the games they buy or even on the screen at home, come together in one place to show where they are going. to work.

First of all I need to mention that this will not be my first E3 presence in Los Angeles. For the happiness of my position, I was previously able in 2011 to witness multiple advertisements, such as the Wii U in what was the last Nintendo conference from the city to the world, to run kilometers from side to side in search of stands to play a little and spend days knowing less than the rest of the world.

This trip did not allow me to meet Kojima but it did allow me to meet Katsuhiro Harada from Tekken and Eiji Aonuma from The Legend of Zelda. Two industry legends that fascinated me by the way their products live. One is all eccentric and a well of fun for his fans, the other an example of humility ready to surprise everyone and everything. This year I know that I will have the opportunity to meet more incredible figures and E3 is precisely that, the opportunity for ordinary mortals to interact with the legends. Especially when I remember Atsushi Inaba beside me with all the style that looked more like a divine entity. But we have many surprises that I still cannot reveal in this article.

At a time when a single person’s line of text could bring months of effort down by various work groups or worldwide marketing campaigns, E3 is a highly important space to bring together the two sides of the industry that work for the most important: the players. After all, we all have one common: we are players. On the way to E3 I think about the expectations of what will emerge and I see that the industry is already changing, the previous two years of a lit war of console ads between Sony and Microsoft catapulted me to levels of adrenaline rarely seen and now we are in a phase management and transition.

“E3 remains a dream factory, a window for publishers to persuade and convince players that their products are well on track to justify the money.”

Sony occupies another year on the north side of the LACC.

E3 remains a dream factory, a window for publishers to persuade and convince players that their products are well on their way to justifying the money. To convince consumers that their platforms are best suited to meet their needs when it comes to consuming entertainment. When they are attacked by a technological world that is constantly evolving and changing, it is necessary to go further and the usual battles may have to be forgotten. It may even happen that rivals of yore become more friends than they might think.

So how do you manage a dream factory in transition? How can journalists be convinced to be present and justify the necessary values? How do you ask the world to be attentive, until you lose hours of sleep, so that this stage becomes a true theater of wonders? How to manage this almost mandatory enchantment of the world when we are anesthetized with annual series even when consumers say they are more attentive?

Increasingly, the word crisis is part of this industry, but how does dream and crisis fit into the same phrase? E3 is here for that, to make us believe that our portfolio will be able to sustain all the desirable launches that will take place during the rest of the year. To convince us that that demonstration is of sufficient quality to deserve our vote and later buy the game. E3 is the stage of illusions, if you prefer instead of dreams, and the charm is precisely there, in being deluded.

I go to E3 with a hand full of desires and a nervous foot that does not rest and insists on believing that this moment is not the most suitable for the event to remain the same as itself. As I mentioned, after two resounding years, publishers are now managing the timings for their ads and Gamescom 2015 is stealing a lot from this E3 2015. Enough of politically correct, enough of restraint, it’s time to delude again and putting expectations up in the sky.

Sony has in its hands a bag with failed products and others below the desired: namely Vita TV and Vita itself, has a PlayStation Now shamelessly weak, has a recent console with the reputation of living at the expense of PlayStation 3 conversions and indies, quickly needing more killer apps to keep up with Bloodborne. You need to improve your services, to announce an overwhelming second half of 2015 that you can count on without the help of Uncharted 4 and you need to recover your great series.

There are several Namco Bandai, Tecmo Koei, Square Enix and Capcom exclusives that clearly show us that Sony has managed with PlayStation 4 to make peace with the main studios. However, you need to go beyond what you have done and what you have done on PS3. The company’s stance to fill the absence of strong internal exclusives is going through a partnership with other publishers / studios to receive exclusive content in order to appear that only on its consoles we have the complete experience. Reward in a way but where are series like Jak?

Sony is unique when it comes to creating exclusives that are able to captivate the masses, even if afterwards sales are not a reflection of the enthusiasm generated on specialized sites, and have been striving to regain ten years of unwavering prestige with first two consoles. Still, Sony is the company that most confuses me. It manages to present fascinating intellectual properties but insists on not recovering others that could easily generate profit and interest. Ratchet and Clank are back but it would be necessary to steal Vita’s Tearaway when he could recover WipEout, Getaway, Legend of Dragoon or Syphon Filter, for example.

The years in which any fan would write a better script for E3 than the publishers themselves need to end and 2015 will have to be the year that shows us that. Mainly important to Microsoft, which heard fans changed its Xbox One policies. After a disastrous 2013, Microsoft showed a stance to change where necessary and gave us a wide range of exclusives, Sunset Overdrive is a highly entertaining and fun game. Forza Horizon 2 is a delight, for a console that is seen as weak just because it doesn’t have the specifications of the rival even when it has exclusives that amuse the wild.

In 2014, Microsoft returned to its previous form, the way it enshrined it with the Xbox 360 even under constant fire for errors that it corrected. Occasionally it seems that the company has moved on with anti-consumer measures. Presented exclusives agreed with major studios, Scalebound YEAH !, showed unconditional support for some of its main series (Forza 6 and Halo 5) but still continues to allow Rare to stay away from the most successful products they have given it.

Gears of War is coming, indie booster status has been strangely lost to an astute Sony and there are all fears that could fall into past mistakes. However, the focus on video games seems to be there and it will be interesting to see how Microsoft is thinking about promoting its Xbox One. Cut the price? Breakout exclusives? Something needs to be done and we have to be thrilled as Sony risks conquering even more ground.

This terrain was wisely recovered in this war between consoles and I believe that Sony will be in Los Angeles ready to remain just like itself. PlayStation 4 is a fascinating machine that makes me think that never before has there been a better time for video games now you need to harness its power. New intellectual properties, more exclusive as a result of agreements with the main publishers and the desire to prove to the fans that they do not live with the demerits of others but with their exploits.

Then there’s Nintendo. The Japanese giant, a samurai of the modern era, seems committed to showing all its respect for traditional customs in the ancient art of creating video games. Fun is the main focus and bringing a family together in one entertainment is your specialty. After incredible surprises like Bayonetta 2, Xenoblade Chronicles X, Hyrule Warriors or Splatoon, Nintendo has an enviable performance.

Wii U may have failed, but Nintendo 3DS does not and the conversion of home titles like Hyrule Warriors shows that Nintendo knows how to profit from its efforts. Known for valuing its products and spacing launches so that they don’t eat each other’s sales, Nintendo shows an unrivaled in-house creative production capacity. Now, it also shows improvements in the relationship with external studios and the search for more daring titles outside its comfort zone.

It’s time for the fight, it’s time for E3. As if it were an authentic Roman coliseum in a barbaric spectacle, fight for my pleasure. I’m ready.